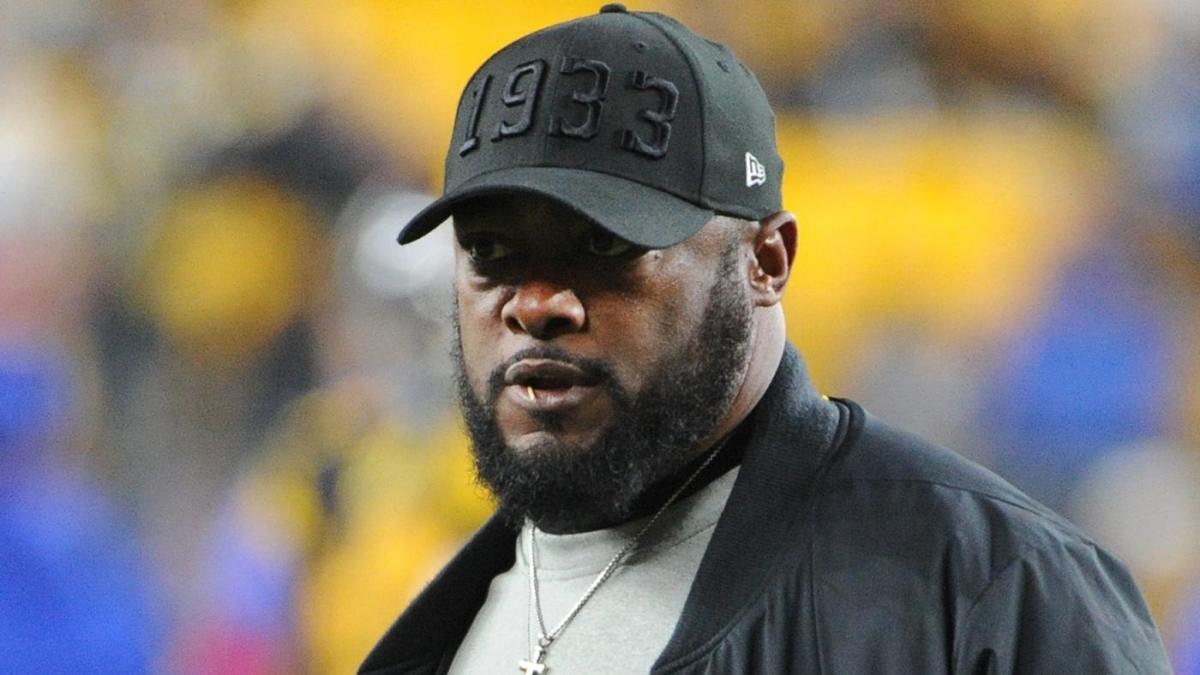 Mike Tomlin’s Pittsburgh Steelers started and ended their 2019 season with three-game losing streaks. In between, Tomlin’s team went 8-2 while putting themselves in the thick of the AFC playoff race before eventually running out of steam.

There was one major difference between the Steelers and Titans, the team that vaulted over Pittsburgh to claim the sixth and final spot in the AFC playoffs: quarterback Ryan Tannehill. While the Steelers received mostly acceptable play from quarterbacks Mason Rudolph and Devlin “Duck” Hodges during the middle ten games of the season, Tennessee received better play from Tannehill, who led the Titans to a 7-3 record after replacing Marcus Mariota six games into the season. Tannehill’s success helped open things up for running back Derrick Henry, who rushed for 1,540 yards and 16 touchdowns while leading the Titans into the playoffs.

While the Titans get ready for their wild-card showdown against the Patriots, let’s take a look at what the Steelers can do this offseason to ensure that they are still playing this time next year.

When Ben Roethlisberger suffered his season-ending elbow injury in Week 2, the hope in Pittsburgh was that Rudolph would prove that he can be the Steelers’ future signal-caller whenever Big Ben decides to retire. While his conservative passing garnered some criticism, Rudolph played relatively well in his first eight appearances that included a near-perfect performance in Pittsburgh’s first win of the season: a blowout win over the Bengals on “Monday Night Football”.

Rudolph, who will likely be Pittsburgh’s No. 2 quarterback heading into next season, was off to another strong start the following week before Earl Thomas‘ crushing hit left him temporarily unconscious and out of the next week’s game against the Chargers. And while he did return to lead the Steelers to one-possession wins at home against the Colts and Rams, Rudolph was never quite the same after the Ravens‘ game. His struggled came to a head in Week 11 in Cleveland, when Rudolph was intercepted four times before getting hit in the head with his own helmet by Myles Garrett. Rudolph was then benched after an ineffective start in Cincinnati, and would remain on the bench until he relieved an ineffective Hodges in New York in Week 16.

In his first game action in a month, Rudolph played well, going 14 of 20 with a touchdown pass before a shoulder injury abruptly ended his second NFL season. Hodges returned and so did his struggles, as Pittsburgh’s defense and special teams were unable to carry its sinking offense to another win.

The struggles of Duck and inconsistency of Rudolph have left no doubt that Roethlisberger will be Pittsburgh’s starting quarterback in 2020 and in ’21 (the final year of his contract) as long as he is healthy. Given Roethlisberger’s age (he will be 38 in February) and his expiring contract, the Steelers have to figure out a game plan for life after Big Ben in 2020. We expect Pittsburgh to either bring in competition for Duck either in the form of another young quarterback or a proven veteran. After what they went through this season, the Steelers surely want to give themselves more stability at the quarterback position in case 2019 repeats itself in 2020. Pittsburgh will strengthen their quarterback room in 2020, but because they don’t have a 2020 first-round pick, the Steelers will probably wait one more year before finding their possible heir apparent to Roethlisberger. That is, unless Tua Tagovailoa somehow falls to the 50th overall pick, Pittsburgh’s first pick in the upcoming draft.

For years, the offensive line was a position that the Steelers never had to worry about. From 2014-18, the unit was arguably the best in football, with Pro Bowlers Maurkice Pouncey, David DeCastro and Alejandro Villanueva and perennial starters Ramon Foster and Marcus Gilbert holding down the fort. But with Gilbert leaving town last season, Foster’s future with Pittsburgh up in the air and the Steelers’ overall decline on the offensive line, changes appear to be in order heading into the offseason.

Before looking on the outside, Pittsburgh will need to determine what they have in backup Chukwuma Okorafor, the team’s third-round pick in 2018. After appearing in 13 games as a rookie, Okorafor appeared in just one game in 2019 while serving as Villanueva’s backup. Speaking of backups, the Steelers may decide to part with veteran B.J. Finney, who struggled in relief of center Maurkice Pouncey this season after serving as a reliable backup at center and guard from 2016-18.

With Foster’s career in Pittsburgh up in the air, and with Pouncey and Villanueva not getting any younger, the Steelers will likely spend a moderately high pick on retooling their offensive line. If the Steelers spend their first pick on a lineman, they’ll probably have several intriguing options that may include Alabama’s Alex Leatherwood, Washington’s Trey Adams, and TCU’s Lucas Niang.

When it comes to their round pick, the Steelers may also choose to address their needs at tight end. Vance McDonald (who has two seasons remaining on his current contract) failed to gain chemistry with Duck or Rudolph, while Nick Vannett, who Pittsburgh traded a fifth-round pick in this year’s draft to acquire three games into the season, caught 13 of 17 targets during his first 13 games with the Steelers. While McDonald and/or Vannett will likely be back in the fold next season, Pittsburgh still needs to find a third tight end before the start of training camp, and they may try to find him during this year’s draft. An option for Pittsburgh may be Purdue tight end Brycen Hopkins, who CBS Sports has tabbed as the best tight end as well as the 52nd best player in the 2020 draft. This past fall, 6-foot-5, 245-pound Hopkins caught 61 passes for 830 yards and seven touchdowns for the Boilermakers. Ironically, The Draft Network’s Benjamin Solak has compared Hopkins to McDonald in his pre-draft writeup.

As the Pittsburgh Post-Gazette‘s Ray Fittipaldo noted on Monday, about 20% of Pittsburgh’s 53-man roster could become free agents this offseason. Cornerback Artie Burns, a former first-round pick, bid adieu to Pittsburgh shortly after the Steelers’ loss to Baltimore. Safety Sean Davis, a fellow 2016 draft pick who spent most of the year on injured reserve, is likely out the door, too.

Defensive lineman Javon Hargrave, the third player selected in the ’16 draft, has likely priced himself out of Pittsburgh, even though the Steelers will likely try to offer him a longterm deal. Along with Finney (who will likely test the open market), Pittsburgh will also have to make a decision on cornerback Mike Hilton and offensive tackle Matt Feiler. Hilton is slated to become a restricted free agent after playing for a bargain price in 2019, while Feiler will be hoping for a longterm deal after replacing Gilbert as Pittsburgh’s starting right tackle this past season.

While Hargrave, Finney, Feiler and Hilton are priorities, the three biggest contracts the Steelers will look to address involve outside linebackers T.J. Watt and Bud Dupree along with receiver JuJu Smith-Schuster. The Steelers are expected to offer Watt a longterm deal following Watt’s monster 2019 season that included 14.5 sacks, eight forced fumbles, four fumble recoveries and two interceptions. The Steelers, who consider signing Dupree this off-season a top priority, may have to opt for the franchise tag, which would cost $16 million. If Pittsburgh isn’t able to keep Dupree, outside linebacker may just be how the Steelers choose to use their first draft pick. An option here could be Boise State’s Curtis Weaver, who tallied 13.5 sacks this past season.

This takes us to Smith-Schuster, who had an disappointing third season in Pittsburgh, his first as the team’s new No. 1 receiver. While he struggled in his transition as the Steelers’ primary wideout (Smith-Schuster finished with 42 catches for 552 yards and three touchdowns), he also struggled through injuries that limited him to just 12 games. While few would blame the Steelers for waiting another year to try to extend his contract, that that could ultimately lead to Smith-Schuster testing the open market — and possibly leaving Pittsburgh — next offseason. If Dupree leaves via free agency, extending Smith-Schuster shouldn’t be an issue. But if the Steelers keep Dupree and sign Watt longterm, the Steelers may have to wait and risk losing Smith-Schuster in 2021.

Fortunately, this year’s draft class, as reported by Jim Wexell of 247Sports, is full of talented receivers that will likely include several late-round steals. If the Steelers’ brass feels that it’s better to wait a year with regard to Smith-Schuster’s deal, Pittsburgh will likely spend at least one pick on a receiver to help complement JuJu, James Washington and Diontae Johnson.

For years, the Steelers leaned on their offense while waiting for their defense to catch up. The script was flipped last year, as Pittsburgh’s offense set several franchise futility records that included being the lowest scoring unit since 1998 and the first unit since 1971 to not score 30 points in any game. A large reason for their struggles was the loss of Big Ben, a future Hall of Fame quarterback who is expected to make a full recovery following elbow surgery.

If the Steelers can upgrade their quarterback room behind Roethlisberger and re-tool their offensive line and tight end positions, that should vastly improve an offense that finished 27th in the league in scoring this season. And after watching their defense evolved into one of the NFL’s best, the Steelers need to find a way to keep Dupree while extending Watt to a longterm deal. These moves should lead to a stronger Pittsburgh team that can compete with Baltimore for AFC North supremacy in 2020.