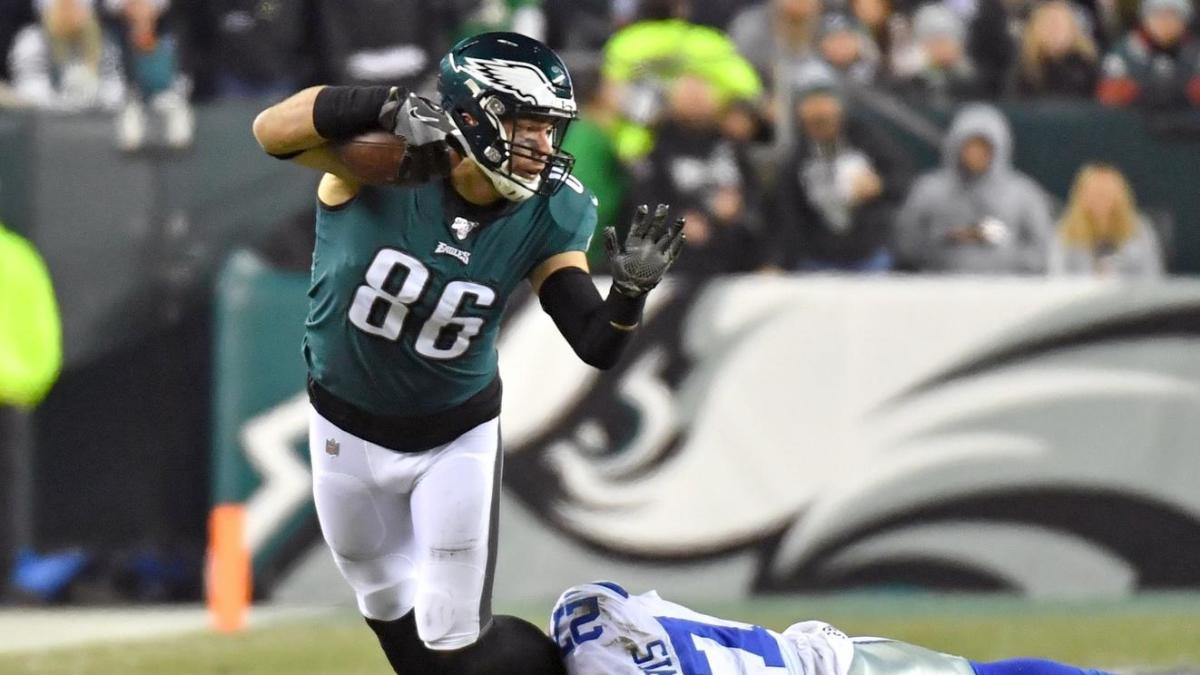 The Philadelphia Eagles have suffered injury after injury on offense this season, but help is on the way as the playoffs arrive. Pro Bowl tight end Zach Ertz (ribs, back) is officially listed as questionable heading into Sunday’s playoff game against the Seattle Seahawks. Ertz did practice Friday in a limited capacity, but will play Sunday if he clears one obstacle.

“Still not cleared for any contact,” Eagles head coach Doug Pederson said prior to Friday’s practice. “He will work a little bit on the side again like he’s done this week and stuff like that, but we’re waiting on a few doctor results tomorrow. If things go favorable, he’ll play; if they don’t, he won’t.”

If Ertz is unable to go, Dallas Goedert will be the No. 1 tight end for the second consecutive week. Joshua Perkins and Richard Rodgers will split reps as the No. 2 tight end.

The Eagles received more good news on offense as Rookie of the Year candidate Miles Sanders (ankle) was not listed on the final injury report, meaning he will play Sunday.

“Miles is good,” Pederson said. “He’ll get some work in today and see where he is at, but he’s been feeling good.”

The Eagles may not have Pro Bowl right tackle Lane Johnson (ankle) for the fourth consecutive game. Johnson did not practice Friday, even though he was listed as questionable for the game. Philadelphia has a plan if Johnson is unable to play.

Nelson Agholor will miss his fifth consecutive game with a knee injury.

For the Seahawks, Jadeveon Clowney (core) and Quandre Diggs (ankle) will both play in Sunday’s game. Diggs missed the past two games with a high ankle sprain, but was a full participant in practice Thursday and Friday. Clowney has missed four of the past seven games with a core muscle injury, but played in Seattle’s Week 17 loss to San Francisco.

Seattle head coach Pete Carroll said left guard Mike Iupati (neck) will be a game-time decision. If Iupati can’t play, the Seahawks will be without three of their starting five offensive lineman (center Justin Britt is on injured reserve). Jaron Brown is also questionable with a knee injury. If Brown is unable to play, Seattle will have just D.K. Metcalf, Tyler Lockett and David Moore as their top three wide receivers, with John Ursua as the No. 4 wideout.