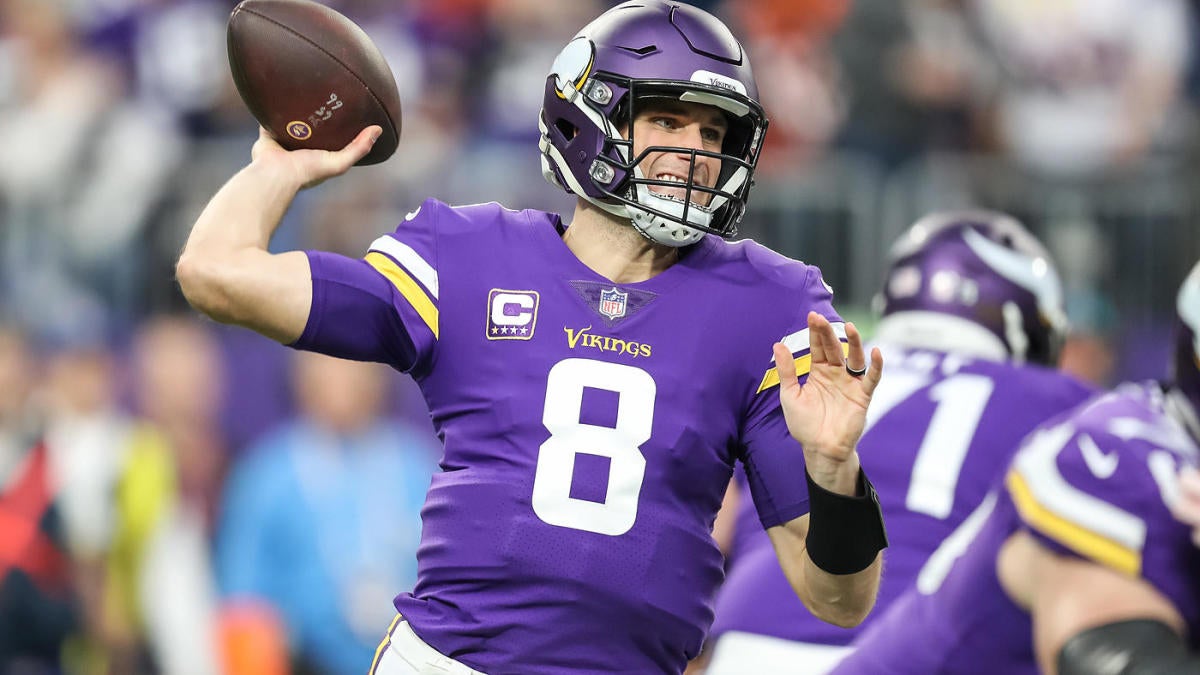 The NFL playoffs mean fewer games — boo, only four this weekend — so instead of just hitting a bunch of different games we need to focus in on some player props as well. So let’s dive into the four games on Wild Card Weekend and see if we can find a couple of options to touch on for each one.

Eagles-Seahawks is a little tough right now because we’re limited to one team in terms of receiving yards and receptions. We just probably won’t see many props for Philly until we get word as to whether or not Zach Ertz will play on Sunday. If he does, you can bank on different numbers than you would see now. I’ll keep checking — all props via DraftKings SportsBook — and if Ertz or Dallas Goedert pop up, I’ll try to update them.

Otherwise check out the options for each of the four games below.

The playoffs are finally here, so who will cover on Wild Card Weekend? Pete Prisco and R.J. White join Will Brinson to break down all four games on the Pick Six Podcast, listen below and be sure to subscribe for daily NFL goodness.

The Texans have a dangerous air game, but they LOVE to put the ball on the ground and run it with Hyde. That might actually work out in their favor against the Bills, who sport one of the most dangerous secondaries in the NFL. Hyde averaged 66.9 rushing yards per game this year and if you take out Week 17 (starters pulled early) and Week 16 (Bucs are the best run defense in football), he averaged 73.5 yards per game rushing. He’s going to get between 15 and 20 carries per game almost regardless of what kind of game script is occurring. So there’s some pretty good value in a number that’s surprisingly deflated.

This number has creeped up pretty quickly from 47.5 yards in some spots but is still good value even up to 51 in my opinion. About halfway through the season, Beasley became the go-to target for Josh Allen, a security blanket underneath for the second-year quarterback. From Week 10 on, Beasley averaged 7.3 targets, 4.6 catches and 63 receiving yards per game. I’ll touch on it in a second with Dawson Knox below, but the Texans are more than willing to give up passing yards to opposing short-yardage targets.

Similarly in line to the Beasley prop above, I think Knox is good to push this at worst. He’s another one of the security blankets for Allen and I think the Bills will have to throw a decent amount, particularly if J.J. Watt returns to bolster the Houston run defense. Houston has been torched by tight ends recently (excluding Week 17): O.J. Howard (three catches, 46 yards), Jonnu Smith (five catches, 60 yards), Noah Fant (four catches, 118 yards, one TD), Matt LaCosse/Ben Watson (two catches, 47 yards), Eric Ebron (four catches, 44 yards), Mark Andrews (four catches, 75 yards, one TD) … and Seth DeValve (four catches, 41 yards) are their last seven games against tight ends. Not exactly a murderer’s row. In his last seven games, Knox has averaged four targets and two catches per game. I think he and Beasley will eat underneath on a vulnerable Texans defense that won’t want to give up the deep ball.

This is a very silly number, but it doesn’t matter, because Henry just isn’t really involved in the passing game. He’s caught more than one reception in four games this season and he has more than 20 receiving yards just twice this season. Henry has five games where he tallied a reception and still didn’t have more than eight receiving yards. If we get smoked by a wheel route here, so be it. The Titans won’t be dumping it off to their bell cow.

I don’t think the Titans will be dumping it off much at all, to be honest. Or really throwing deep. They will want to win by pounding the ball with Henry and avoiding matchups against the dangerous Patriots secondary. Even though Tannehill has been incredibly accurate (69.6 percent of his passes completed since becoming a starter) and efficient (10.4 adjusted yards per pass attempt in the same stretch) he hasn’t been a high volume guy. Tannehill averages just 27 pass attempts per game since Week 7 and only 259 yards passing per game. Presumably it’s going to be Stephon Gilmore on A.J. Brown, which should limit the deep ball here. If the weather gets bad this is a lock barring a Patriots blowout and some garbage-time stats.

Despite a lack of a passing game, this is a little too low for me. Smith, with Brown likely shadowed by Gilmore, should be the beneficiary of extra targets from Tannehill. Excluding Week 17, Smith has 15 targets in his last four games and has caught 13 of them. He’s become one of the most reliable weapons for Tannehill and should be the underneath weapon.

Unless DeVante Parker cracked the code in Week 17, this is too a high a number. See: above as well, re: Patriots defense. I love A.J. Brown more than I love some family members, but I don’t think he’s getting to this number in a playoff game with a matchup against Stephon Gilmore looming.

Um, this is the wrong number. Excluding Week 17 (Saints had very little to play for and Thomas had the season-long receptions record), Thomas was below nine receptions just four times this year. He averaged — averaged — 9.7 receptions per game this season. The Vikings announced MacKenzie Alexander and Mike Hughes will both be out for this game on Friday, which depletes an already thin defensive back group. Xavier Rhodes has been playing better lately, but Thomas is going to get his. The Saints don’t beat you by hammering you with vertical shots, Brees just keeps banging it across the middle. Thomas will get double-digit receptions.

Adam Thielen is back for this game and that makes for a simple equation: fade Rudolph. The tight end could end up scoring some fantasy points in this one by catching a touchdown, but he’s not going to put up big numbers in terms of receiving yards. In the six weeks to start the season when Thielen was healthy, Rudolph totaled nine catches for 72 yards. From Week 7 to Week 15, with Thielen essentially injured and out of the starting lineup, averaged 3.6 catches and 36 yards per game. Against the Packers in Week 16, with Thielen back, Rudolph made one catch on two targets. There’s a clear correlation here. Take the under.

The Saints have a good defense, but there’s almost no way this turns into a meat grinder of a game. I love the over in this game, think it will be played in the 60’s and believe there’s a very good chance Cousins is forced to chunk the ball around a bunch against the Saints, who don’t really allow teams to run the ball with ease. From Week 5 (when the Vikings realized they should throw the football) to Week 15 (Cousins sat Week 17 and I’m going to pretend the Green Bay game didn’t happen), Cousins averaged 274 passing yards per game. Include the Green Bay game and he’s at 260 yards per game. It think this over/under is more reflective of the average than what this team is capable of doing in the pass game, especially with Thielen and Stefon Diggs both on the field.

The prop isn’t up on DraftKings yet for Lynch, but assuming it’s in the range of 55, I would take the market under if you can find it. The Eagles will have both Fletcher Cox and Derek Barnett after they were cleared on the Friday injury report, so I would anticipate they don’t give up many rushing yards. Lynch coming back on short notice was impressive, but he was hardly dominant or explosive against the 49ers last week.

This is dependent on Lynch of course. If Beast Mode is not out there for some reason, don’t grab this, as it’s too low for a starter who will get most of the carries. And Homer looked good against San Francisco! I just don’t think anyone is going to have much success rushing the ball for the Seahawks against the Eagles.