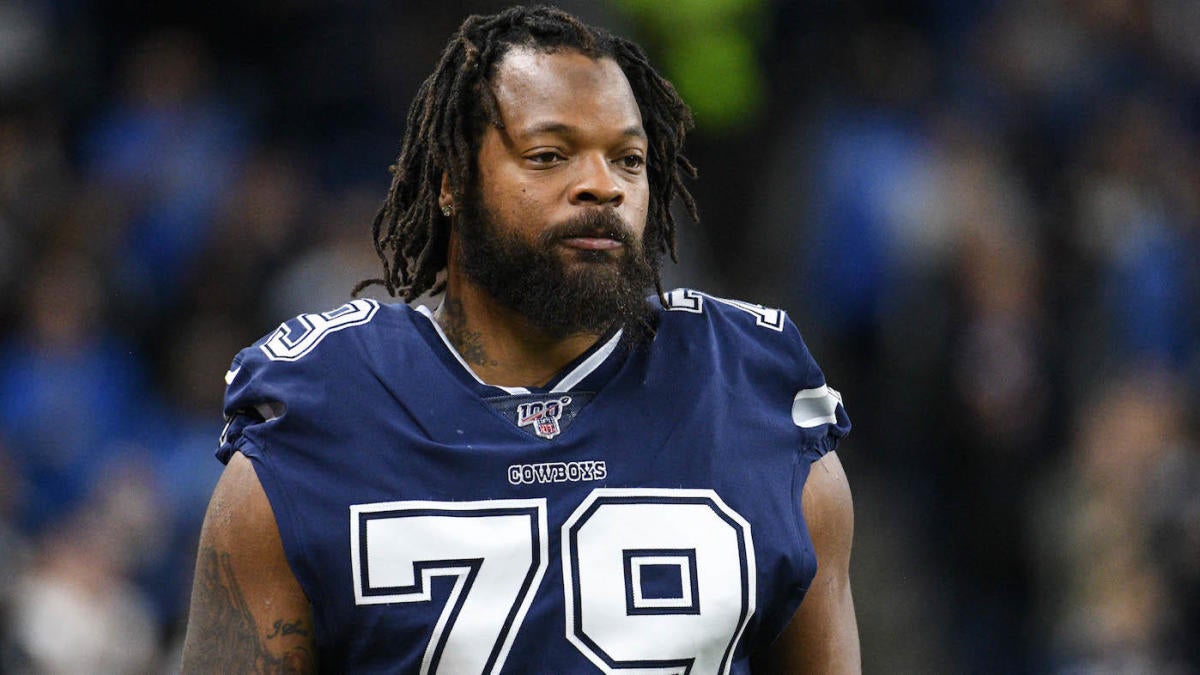 The Patriots dealt defensive end Michael Bennett to the Cowboys for a conditional 2021 seventh-round pick seven games into the season. The three-time Pro Bowl participant’s frustration with decreasing playing time and a one-week suspension the previous week for conduct detrimental to the team led to the trade. Despite a brief but rocky tenure with the Patriots, Bennett stands to gain from New England making a deep playoff run. If the Patriots repeat as Super Bowl champions, Bennett will get $90,000 because of the way money gets allocated during the postseason.

Players are paid much differently in the playoffs than during the regular season. A majority of players take a hefty pay cut in the playoffs because their salaries have no bearing on what they make during the postseason. Playoff money comes from a league pool instead of from NFL teams. There is a specific amount for each playoff round where each eligible player gets paid the same.

Players typically receive their entire salary over the course of the 17 week regular season. For example, Vikings quarterback Kirk Cousins made slightly more than $1.6 million per week from his league-high $27.5 million base salary during the regular season. He will receive $28,000 for Minnesota’s Wild Card playoff game, just like his backup quarterback Sean Mannion, whose weekly pay was just under $47,500, and the rest of his teammates. Mannion won’t see any action in the playoffs barring unforeseen circumstances. Postseason money for Wild Card and Divisional Playoff games is pretty much on par with the weekly pay of a player making the $495,000 first-year player minimum salary ($29,118 per week).

Players on teams with Wild Card round byes (Chiefs, 49ers, Packers, and Ravens) are essentially working for free for the week since they will not receive payment. The additional rest and home-field advantage in the Divisional Playoff round are supposed to make up for the lack of money.

$242,000 is the maximum a player can make in this season’s playoffs but the Super Bowl winner would have to be a division winner that participated in the Wild Card round (Eagles, Patriots, Saints, and Texans). The most a player can earn if he is from a team with a first-round bye is $211,000.

For a player like 49ers tight end Daniel Helm, who was promoted from the practice squad to the 53-man roster in December, winning the Super Bowl would be more meaningful financially than to most of his teammates. Helm is making $199,353 this season. That’s his combined practice squad and 53-man roster salaries. The additional $211,000 would be more than his entire 2019 season pay.

Players on the 53-man roster and injured reserve at game time receive payment for Wild Card and Divisional Playoff games. Practice squad players don’t receive playoff money but continue to get a paid salary (minimum of $8,000 per week) during the weeks their respective teams are in the playoffs.

Occasionally, a practice squad player will be paid as if he was on the 53-man roster at his league minimum salary. This is to discourage leaving for another team’s 53-man roster when the opportunity arises. An increased payment can lead to the rare occurrence where a practice squad player makes as much or more than roster members during the first two playoff rounds. Bills linebacker Del’Shawn Phillips’ practice squad pay being based on his $495,000 league minimum salary means he will get $29,118 for Buffalo’s Wild Card game against the Texans. His teammates playing in the contest will get a little less than he does at $28,000. A similar thing will occur if Buffalo advances to the Divisional Playoffs. Phillips’ pay will remain the same while the members of the 53-man roster will receive $31,000.

Payment eligibility is more complicated for the Conference Championships and Super Bowl. The payment requirements for these two playoff rounds are outlined below.

Full Amount
1. Players on the 53-man roster when the game is played that have been on the roster for at least three previous games (regular season or playoffs).
2. Veterans (at least one year of service) put on injured reserve during the regular season that are still under contract when the game is played.
3. Vested veterans (four or more years of service) put on injured reserve during the pre-season that are still under contract when the game is played.
4. Players who aren’t on the 53-man roster at game time that spent at least eight games on the roster (regular season or playoffs) provided they’re not under contract to another team in the same conference.
Dolphins wide receiver Mack Hollins and linebacker Sharif Finch are the only players who could make the full amount under the last category. Finch was with the Titans for most of the season until his release. If the Bengals hadn’t released Finch for failing his physical after being claimed off of waivers, he wouldn’t be eligible because both teams are in the AFC. Hollins played 12 games with the Eagles this season before he being let go. A Super Bowl victory by their former team means $180,000 for Hollins and Finch. The Eagles and Titans aren’t among the favorites to win the Super Bowl LIV.

Half Amount
1. Players on the 53-man roster when the game is played that have been on the roster for less than three previous games (regular season or playoffs).
2. First year players put on injured reserve during the regular season that are still under contract when the game is played and signed a player contract or practice squad contract in a prior season.
3. Non-vested veterans (one to three years of service) put on injured reserve during the pre-season that are still under contract when the game is played.
4. Players who aren’t on the 53-man roster at game time that spent between three and seven games on the roster (regular season or playoffs) provided they’re not under contract to another team in the same conference.
Bennett’s potential $90,000 is because of the last category. Among those who may be in a better position to collect $90,000 instead of Bennett under the same criteria are offensive guard Jeff Allen and linebacker Kenny Young because their former teams earned a Wild Card round bye. Allen was released by the Chiefs after four games. Young played five games for the Ravens before being dealt to the Rams in mid-October.

Linebacker L.J. Fort has a chance to receive payment from two different teams in the playoffs also because of the final category. He will be getting at least $31,000 because he has been with the Ravens since a late September release from the Eagles. He was with the Eagles for four games.

There is one more category that receives a one-quarter share for Conference Championships and the Super Bowl. First year players put on injured reserve during the pre-season that are still under contract when the game is played. They also must have been on a team’s practice squad for at least eight games in a prior season or received one or two game checks while on a team’s 53-man roster or injured reserve in a prior year in order to qualify for payment.

Payments during the playoffs must be made within 15 days after a game has been played.

NFL contracts rarely contain performance bonuses, either incentives or salary escalators, for a player’s or his team’s performance in the playoffs. That isn’t the case for the two NFC North starting quarterbacks still playing.

Aaron Rodgers‘ 2020 base salary escalates $120,000 with at least 72.5 percent offensive playtime during the 2019 regular season, which occurred, and 72.5 percent or more playtime in the Divisional Playoffs. It’s another $130,000 at those playtime thresholds for the NFC Championship Game. There’s an extra $150,000 for the Super Bowl with the same playtime standards as before. Rodgers’ 2020 base salary has already increased $100,000 because of his regular season playtime and the Packers making the playoffs.