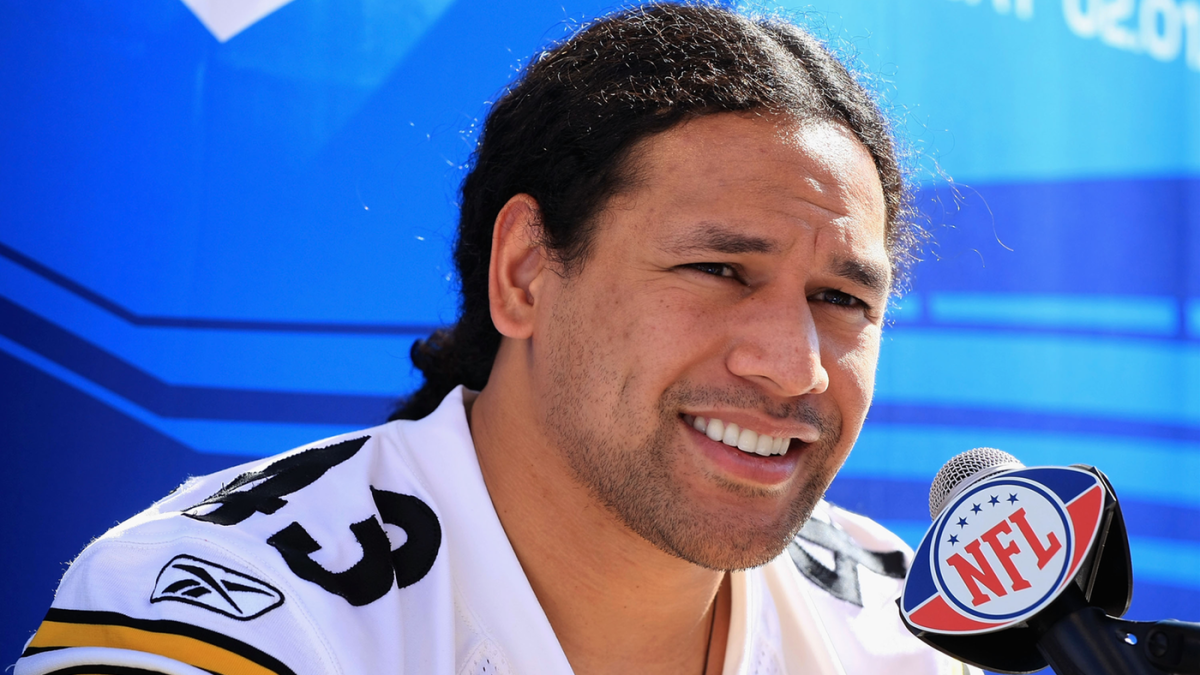 Here’s a look at the modern-era finalists as well as the ten semifinalists that were left off the list. The NFL will announce the full 2020 Hall of Fame induction class on the eve of Super Bowl LIV from Miami.

Tony Boselli, left tackle (Jaguars, 1995-2001): Arguably the greatest player in Jacksonville Jaguars history, Boselli has been a finalist for the Hall in each of the past four years. A five-time Pro Bowler and three time All-Pro, Boselli played a major role in the Jaguars’ run to the AFC title game in 1996 in just the franchise’s second year of existence.

Steve Atwater, safety (Browns, 1989-1998; Jets, 1999): A two-time All-Pro and eight-time Pro Bowler, Atwater was one of the fiercest hitters of his era, winning two Super Bowls in Denver. Atwater had six 100-tackle seasons with the Broncos, finishing with 1,180 for his career with 24 interceptions, five sacks, and six forced fumbles. He was named to the 1990s All-Decade Team.

LeRoy Butler, safety (Packers, 1990-2001): A member of the 1990s All-Decade Team, Butler was the first player in NFL history to finish with 20 sacks and 20 interceptions in his career. Butler was a four-time Pro Bowler and First team All-Pro, finishing his career with 38 interceptions and 20.5 sacks, while being one of the top players on Green Bay’s Super Bowl XXXI championship defense.

Alan Faneca, guard (Steelers, 1998-2007; Jets 2008-2009, Cardinals 2010): One of the dominant interior linemen of his era, Faneca was selected to nine Pro Bowls and was a six-time All-Pro selection. He was selected to the 2000s All-Decade Team and started at guard on the Steelers’ Super Bowl XL championship team.

Sam Mills, linebacker (Saints, 1986-94; Panthers 1995-97): A former undrafted rookie, Mills, who didn’t break into the NFL until the age of 27, was named to four Pro Bowls during his first seven seasons while helping the Saints boast one of the NFL’s most formidable defenses over that span. He enjoyed a career resurgence in Carolina, earning All-Pro honors in 1996 while helping the Panthers advance to the NFC Championship Game in the franchise’s second season.

Edgerrin James, running back (Colts 1999-2005; Cardinals 2006-07; Seahawks, 2009): A rushing champion in each of his first two NFL seasons, James retired after 11 NFL seasons with 12,246 rushing yards and 80 touchdowns. James teamed up with Peyton Manning and Marvin Harrison to form one of the NFL’s all-time offensive triplets during the late ’90s/early ’00s.

John Lynch, safety (Buccaneers, 1993-2003; Broncos 2004-07): A Pro Bowler five times in a six-year span from 1997-2002, Lynch earned four more Pro Bowl selections during his final four NFL seasons in Denver from 2004-07. His pre-snap predictions of Oakland’s play calls were a major reason why the Buccaneers won their first Super Bowl title at the end of the 2002 season.

Troy Polamalu, safety (Steelers, 2003-14): The greatest strong safety of his era, Polamalu was an eight-time Pro Bowler, four-time All-Pro and the 2010 Defensive Player of the Year. Polamalu helped anchor a Pittsburgh defense that helped the Steelers win two of three Super Bowl appearances from 2005-10. His pick-six late in the 2008 AFC Championship game helped the Steelers win their then-record sixth Vince Lombardi Trophy.

Richard Seymour, defensive end/tackle (Patriots, 2001-08; Raiders, 2009-12): The sixth overall pick in the 2001 draft, Seymour helped lead the Patriots to their first of six Super Bowl wins during his rookie season. He earned five Pro Bowl and three All-Pro nods from 2002-06 while helping New England become the second franchise to win three Super Bowls in a four-year span. Seymour enjoyed success late in his career in Oakland, earning Pro Bowl selections in two of his four seasons with the Raiders.

Zach Thomas, linebacker (1996-07; Cowboys, 2008): One of the best middle linebackers of his era, Thomas earned seven Pro Bowl and five All-Pro selections from 1998-06. Thomas, who teamed up with Jason Taylor to form one of the greatest linebacking duos in NFL history, helped the Dolphins make five straight postseason appearances from 1997-01.

Reggie Wayne, wide receiver (Colts 2011-2014): One of the most consistent wide receivers of his era, Wayne finished with eight 1,000-yard seasons and led the league in receiving yards in 2001. A six-time Pro Bowl selection and First Team All-Pro in 2010, Wayne finished with 1,070 catches for 14,345 yards and 82 touchdowns. He’s 10th all-time in receptions and receiving yards.

Bryant Young, defensive tackle (49ers, 1994-07): The seventh overall pick in the 1994 draft, Young started all 16 games as a rookie while helping the 49ers win their fifth Super Bowl title. In 13 seasons, Young earned four Pro Bowl selections while recording 89.5 sacks, 614 tackles, 12 forced fumbles and seven fumble recoveries. Young was named the NFL’s Comeback Player of the Year in 1999 after coming back from a major leg injury sustained late in the 1998 season.

Semifinalists that did not make the cut

Ronde Barber, cornerback (Buccaneers, 1997-2012): A five-time Pro Bowler and three-time First team All Pro, Barber was one of the leaders on the Tampa defense that won Super Bowl XXXVII in the 2002 season. The Buccaneers’ top-ranked pass defense intercepted 31 passes while allowing only 10 touchdown passes and a combined opponent quarterback rating of 48.4 that season, with Barber setting franchise records for games played (241), games started (232), interceptions (47) and defensive touchdowns (14). He is the only player in league history to record at least 45 interceptions and at least 25 sacks. Barber started 200 consecutive games at cornerback, a NFL record.

Clay Matthews, linebacker (Browns, 1978-93; Falcons 1994-96): A Pro Bowler four times between 1985-89, Matthews played a key role in the Browns’ run of three AFC Championship Game appearances during that time. From 1978-84, Matthews led the NFL in tackles four times that included a career high 128 stops in 1981. He retired with a whopping 1,595 tackles, 69.5 sacks (which doesn’t include sacks he may have recorded before the league began keeping track of individual sack totals after the 1982 season), 27 forced fumbles and 14 fumble recoveries.

Simeon Rice, defensive end (Cardinals, 1996-2000; Buccaneers 2000-07; Colts, 2007): The league’s NFL Defensive Rookie of the Year in 1996, Rice would go onto earn three Pro Bowl selections and an All-Pro honor in 2002 while becoming one of the best pass rushers of his era. A member of the Buccaneers’ revered defense that led Tampa Bay to a victory in Super Bowl XXXVII, Rice recorded 122 sacks and 28 forced fumbles during his 12-year career.

Fred Taylor, running back (Jaguars, 1998-08; Patriots 2009-10): The ninth overall pick in the 1998 draft, Taylor retired as the Jaguars’ career leader with 11,271 rushing yards and 62 rushing touchdowns. Taylor, who led the league in rushing yards per game in 2000, helped the Jaguars win a franchise record 14 games in 1999 en route to an appearance in the AFC Championship Game. He retired with 14,079 all-purpose yards and 74 touchdowns in 13 NFL seasons.

Ricky Watters, running back (49ers, 1992-94; Eagles 1995-97; Seahawks, 1998-01): One of the most versatile running backs of his era, Watters helped the 49ers win their fifth and most recent Super Bowl at the end of the 1994 season, scoring three touchdowns in San Francisco’s rout of the Chargers in Super Bowl XXXIX. After being selected to three Pro Bowls with the 49ers, Watters earned consecutive Pro Bowl selections in Philadelphia would helping the Eagles make consecutive postseason appearances. Watters continued to be productive in Seattle, rushing for over 1,2000 in each of his first three seasons with the Seahawks.