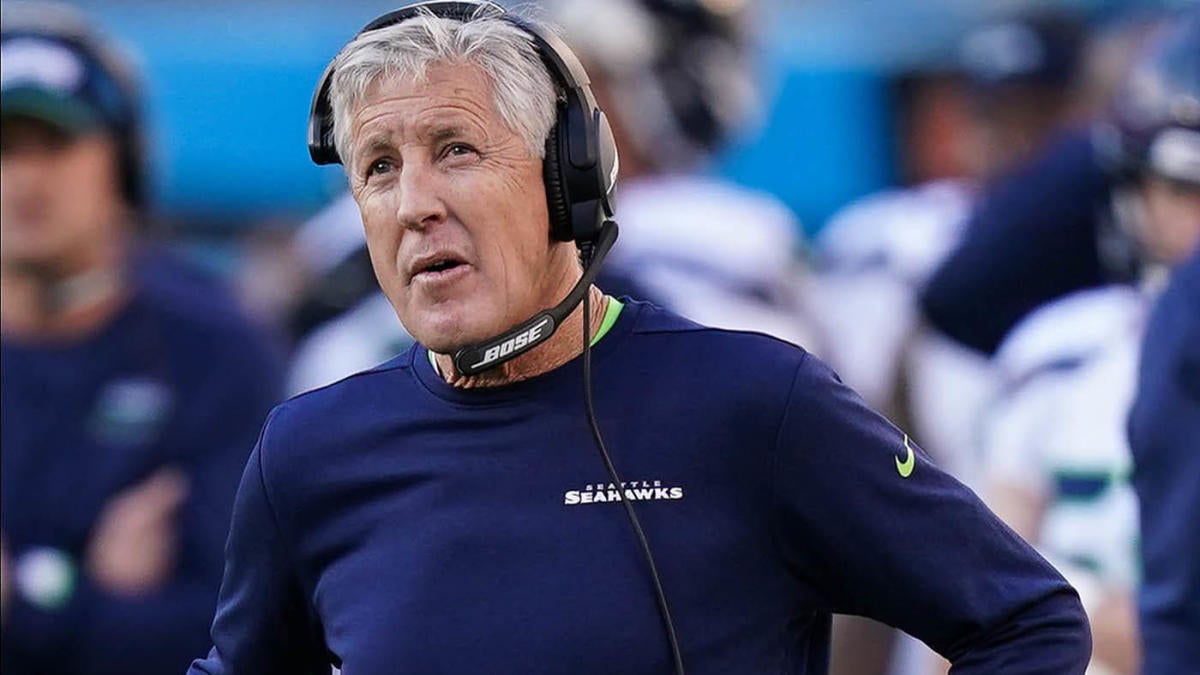 It’s not often that one missed penalty can potentially change the fortune of six different teams, but that’s exactly what happened during the Seahawks‘ 26-21 loss to the 49ers in Week 17.

On a third-and-goal play that came with just 15 seconds left in the fourth quarter, 49ers linebacker Fred Warner appeared to interfere with Seahawks tight end Jacob Hollister on a pass in the end zone. An interference penalty would have given the Seahawks the ball at the one-yard line with 12 seconds left to play, but there was no flag thrown.

Following the game, not only did Seahawks coach Pete Carroll say that he thought pass interference should have been called, but he also added that he would definitely be talking to the league about why the call wasn’t made.

Well, Carroll has now talked to the league office and he had some very interesting things to say on Wednesday when he was asked about his conversation. For one, the NFL apparently “wishes” that the officiating crew had thrown a flag on the play.

Carroll’s answer is somewhat interesting because if the league does in fact “wish” that a flag had been thrown, that would seem to be an indirect shot at NFL Senior Vice President of Officiating Al Riveron, who could have overturned the play on review. Instead, not only did Riveron let the no-call stand, but he would later explain that he didn’t even feel that there was enough contact on the play to justify a stop of the game for a formal review.

Although Riveron didn’t review the play, Carroll didn’t seem to mind that aspect of how things went down, because he knows that the odds would have been against a reversal on a pass interference no-call.

“It’s difficult for those guys to put a flag down on the field [via replay review],” Carroll said. “It’s got to be so egregious that there’s a standard to it. Had it been called on the field, they never would’ve overturned that from what I understand.”

The penalty flag was huge because it potentially changed the fortunes of all six NFC playoff teams. If the Seahawks benefited from the flag being thrown and scored a touchdown to win the game, the first round of the NFC playoffs would have a completely different look.

Here’s what the field would have looked like with a Seahawks win:

Here’s what the actual playoff field looks like as we head into Wild Card Weekend: