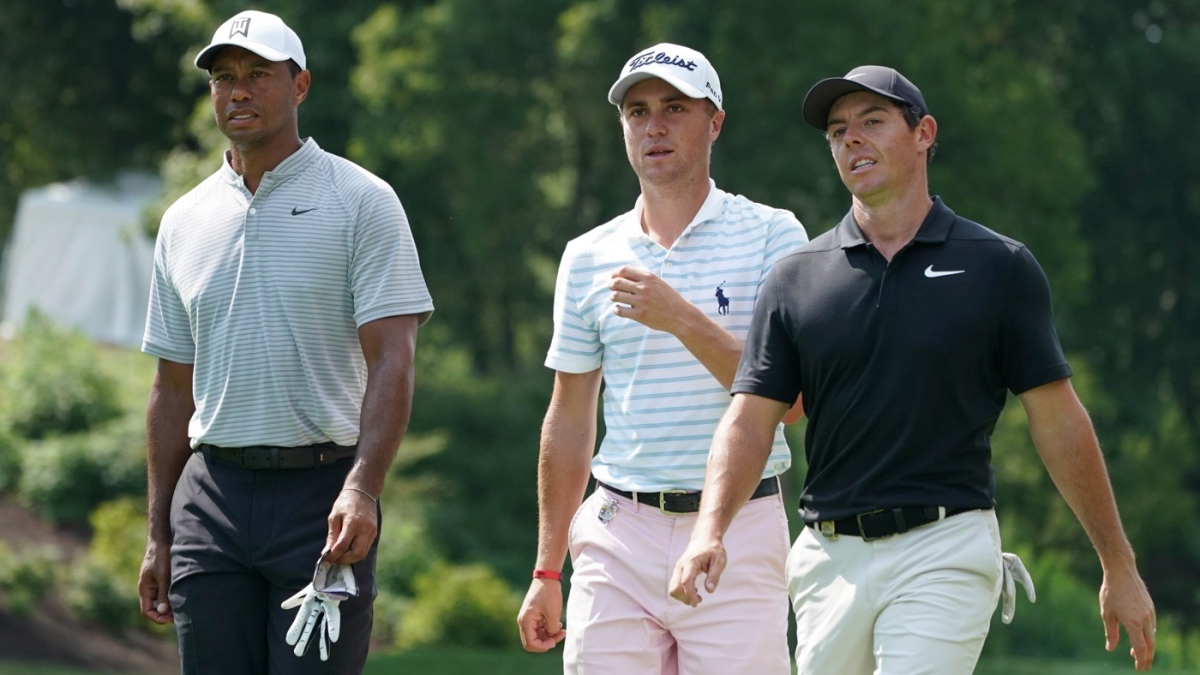 Still, I labored through the schedule, the players, the majors and the state of the game as a whole going into a new decade to try and come up with 10 things that I actually believe will come to fruition in 2020. Walking the line here is difficult because, well, imagine someone predicting with a straight face this time last year that Tiger Woods would win the Masters. And yet you don’t want to predict things like Justin Thomas making over $2 million this calendar year. So I tried to find a balance with the eye-catching and the down-to-earth, combine them, root them in statistical evidence and provide something useful.

Here they are in no particular order.

1. Viktor Hovland gets to No. 25 (or better) in the world (currently No. 93): Much like Sungjae Im (and Bernd Wiesberger!) last year, I expect another big leap from Hovland. If only because he’ll be playing more, has the statistical profile of an elite PGA Tour player and has three top-10 finishes in 16 events worldwide in 2019. He’ll be tough to leave off the Ryder Cup team.

2. The Olympics is a shootout: Four years after Rory McIlroy espoused the merits of diving and rhythmic gymnastics, I think this year’s games in Tokyo are going to be real. It’s going to be a war on the American side before it even starts. If the event started tomorrow, Tiger Woods would sneak in, but Patrick Cantlay, Xander Schauffele, Rickie Fowler and Bryson DeChambeau would all be on the outside looking in because of the four-player-per-country maximum. In the end, we get something like Rory, Cantlay, Jon Rahm and Justin Rose going at it for four hours in a final round, and the whole thing will be a delight.

3. Jordan Spieth is ranked ahead of Brooks Koepka by the end of the year: Just making sure you were paying attention. Listen, I’m going down with the Spieth ship so you can take your tee-to-green data and light it on fire. I’m basing this on two things. The first is that Koepka isn’t fully healthy for the whole season. The second is that the swing finally clicks for Spieth because when it does, his short game is currently maybe the best in the world, and he’s going to win a lot. Alternative prediction: Takumi Kanaya (No. 211, also an amateur) is ranked ahead of Jason Day by the end of the year.

4. Rory McIlroy wins a major: The unintended benefit of Tiger thumping at the highest level for guys like McIlroy is that the No. 2 player in the world goes into 2020 as under the radar as the No. 2 player in the world can possibly be. Between Tiger defending at Augusta National, the Phil Mickelson storyline for Winged Foot and the Open going somewhere other than Portrush, McIlroy will have more freedom at majors than he has in recent years. It also helps that he’s the best player on the planet right now.

5. Phil Mickelson needs (and gets) a U.S. Open exemption: The path for Lefty to qualify for the U.S. Open at Winged Foot this year is not very straightforward. He’s currently No. 70 in the world, and his two exemptions from last year — top 60 in the OWGR and making it to the previous year’s Tour Championship — no longer apply. He could play his way back into the top 60, but he probably won’t. I don’t know how many exemptions the USGA will give him to play an event he admits he’ll never win, but I have to imagine they’ll give one of the 15 best players ever a spot at a course where he had maybe his most famous U.S. Open meltdown.

6. Sleep becomes a thing: You know how every offseason your favorite player is in the best shape of his or her life? Never felt better. Swing looks great. Might win ’em all. It’s sort of the nature of the cycle of these things, and everyone touts their latest diet or gym routine (or posts the Instagram videos). This year’s fad? I think it will be sleep habits and studies. Players will laud their strokes gained REM stats as regularly as they do anything else, and many awful jokes will be made about making sure they wake up for their tee times.

7. Justin Thomas also wins a major: Again, not really going out on a limb here, but this feels like a “throw down the gauntlet” year from J.T. Zero surprises from me if he boat races the field in Kapalua to kick things off and takes down a major and a couple others along the way. Here are my major predictions by the way.

8. Tiger Woods doesn’t win at all: That’s right! Here’s the thing with Woods. He’s tended to do the opposite of what everyone thought he was going to do over the past few years. He thrived last fall after everyone said he wouldn’t. He struggled last summer after everyone presumed he’d never lose again. He started 2019 off slowly (at least compared to expectations) after winning the Tour Championship, and then just when people started bailing, he won the Masters. It’s foolish to pick him to not win an event because he’s still one of the, what, three or four best iron players alive, but I’ll fade the November-December heat and say he’s wearing an earpiece instead of a golf glove at Whistling Straits.

9. One of the four majors features a major rules gaffe: It’s happened so often, this doesn’t even feel like a very bold prediction. I’m still not sure that the USGA’s implementation of Decision 34-3/10 doesn’t create more ambiguity than it solves. And if you watch any other sports — Ohio State-Clemson in the Fiesta Bowl is a good recent example — you know the dynamics between replay and the human element are getting worse as we go along, not better.

10. Europe wins the Ryder Cup: I know we think we’re on this run of “well the home team is just going to win” events, and I’ve been talking as much trash as the next American on Twitter. But I believe in Europe’s Ryder Cup team as much as I believe in anything in golf right now. The Americans will again have more talent, but I don’t think you can make Whistling Straits look like Hazeltine, and there’s at least a chance that Patrick Reed will derail the entire U.S. team room before the event actually starts. I want to trust the U.S. in team events, but I just don’t know that I can yet.