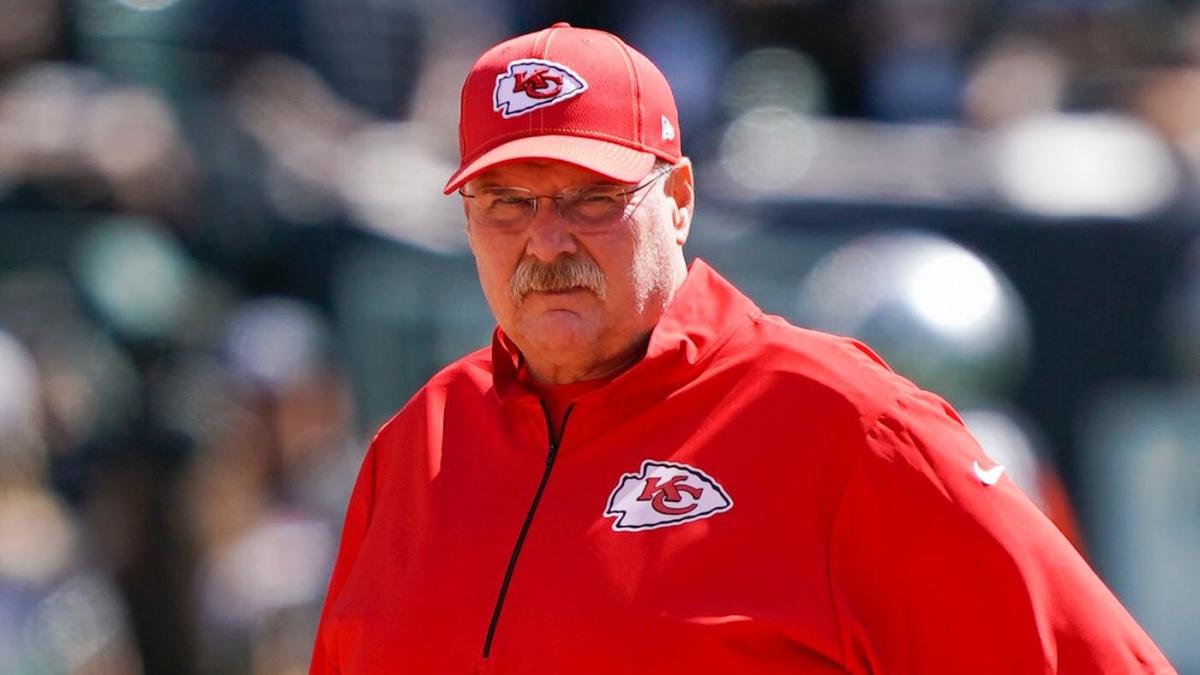 The NFL playoffs are here. The timing of turning the page to a new year and getting 12 teams with 0-0 records is delightful. It also means taking our preseason projections, tossing them to the curb and starting over with an NFL playoff projection.

We know the 2020 NFL Playoff Schedule through the divisional round, and we have lines for Wild Card Weekend. Anything past that is my personal projection. Just like — in case you can’t figure this out — my entire layout here. These are predictions and projections. We’ll update them every week.

If you need more immediate content and breakdowns on the upcoming playoff games, may I suggest checking out our Pick Six Podcast, our daily NFL pod with emergency episodes for coach firings and breakdowns from every single slate of NFL games.

You can listen to the latest episode, where the Superfriends make bold playoff predictions and revisit their preseason predictions, in the player below, and you can subscribe to the show right here.

This is the easiest pick of Wild Card Weekend in my opinion. The Texans had another great year and won another division title under Bill O’Brien. But they’re not the most inspiring team out there. The problem is, even with Deshaun Watson, DeAndre Hopkins and Will Fuller, the Texans love to run Carlos Hyde and Duke Johnson. This should be a wide-open offense but instead they tend to try and be conservative. I believe that plays directly into the Bills’ hands — you can beat Buffalo on the ground, but I’m not sure Houston has the juice up front to do it. Running the ball, giving up points and getting behind, then having to throw against the Bills secondary? That’s a recipe for disaster.

The Titans are going to be the trendy underdog for Wild Card Weekend after hammering the Texans’ backups and everyone seeing the Patriots gag away a first-round bye thanks to a home loss to the Dolphins. No thanks! I’ll be on the Patriots here, because, well, they are the Patriots. I do worry a little bit about the Titans’ ability to run the ball in a physical nature, but we’re talking about Ryan Tannehill going into Gillette Stadium in a primetime game against Tom Brady. As much as I like them, I’m not there yet with this Tennessee team, especially if everyone is picking them to win.

The worst possible scenario for the Vikings broke out, with the Saints landing the three seed and Minnesota heading to New Orleans. It’s a tough place to play, no one is hotter than Drew Brees right now, Alvin Kamara looks healthy and we haven’t seen the Vikings look good in the last few weeks. I would assume everyone will back the Saints to win and cover — I think Minnesota will keep it close in a shootout. Mike Zimmer is a very good coach and it’s a 1 p.m. ET game, so that’s good for Kirk Cousins? If Adam Thielen and Dalvin Cook are both ready to roll for this game, I believe the Vikings will keep it close in a shootout but ultimately come up just short.

Two bruised and battered fighters getting in the ring for this one. The Seahawks are missing tons of players and the Eagles are, frankly, missing even more. If you knew every single person catching passes from Carson Wentz on Sunday, you’re either the biggest Eagles fan in the world or, more likely, a big, fat liar. I don’t know how this is going to go, but I wouldn’t want to bet against either one of these teams pulling off something crazy. The Seahawks have the better quarterback with playoff experience, so for now I’ll take them. Here’s the one thing I would worry about: the Seahawks love to run the ball and are stubborn about it until they get in a pinch. The Eagles are good against the run and you can destroy them through the air. Will Brian Schotteinheimer be smart enough to adjust? For now, I’ll say yes.

All spreads after the wild card round are my projections.

Third time is a charm! The Seahawks advance only to get a rubber match against the 49ers in San Francisco, where Russell Wilson and Co. won on Monday Night Football in a crazy game earlier in the year. This line is really high, but the 49ers were just -3.5 at Seattle and managed to cover (although they probably should have lost). I wouldn’t want to fade Russell getting almost 10 points in a spot like this, but I also wouldn’t want to get in the way of the 49ers having just played Seattle and having just gotten to rest while the Seahawks traveled across the country for a physical brawl against Philly. The 49ers with two weeks to prep and get healthy have a massive advantage here.

Another rematch, with the Ravens having won and covered in the first game in Buffalo. That’s also an extra week for the Ravens to prepare for the Bills and their defense and for Baltimore to get healthy after sitting everyone in Week 17. No one’s been hotter than the Ravens, but I don’t think the time off necessarily hurts their offense. It’s not a rhythm passing situation where Lamar Jackson just got nuclear. It’s a situation where they can rest up, prep to smash the ball down the Bills’ throat and invent creative new offensive schemes. The Ravens with a bye are very dangerous.

Rematch number three! The Patriots will be heading back to the scene of last year’s AFC Championship Game in this scenario, and how the game against the Titans plays out might dictate what happens in this matchup. If the Patriots are in a dogfight with Tennessee and get beat up by Derrick Henry, they could limp into Kansas City. Juan Thornhill’s injury is a major concern, but this secondary for the Chiefs is really playing well down the stretch. I think they’re a legit dangerous defense, and I don’t think the Patriots will be able to throw on them. The Chiefs are a substantially better team.

Struggled with this line, because I think people will be all over the Saints if they’re not favored, or maybe even up to -3. However, I’m just not sure the Saints would be -9 at home, so I think it would open at a pick ’em before moving in New Orleans’ direction. The Saints are like 5-1 to win the title, while the Packers are 12-1. That’s a remarkable disparity considering one team has to play three games and the other is getting a bye.

If this matchup doesn’t happen, people will be legitimately upset. This is the best possible AFC Championship Game, a preview of battles that could take place for years to come between Patrick Mahomes and Lamar Jackson. We should sign up for this matchup every year for the next decade-plus as football fans. I will certainly sign up for it now. The Chiefs actually beat the Ravens earlier this year; people forget that! I think they beat the Ravens again — they’ve got the better passing attack and have morphed into a consistent defense. I’m a little worried about injuries to the secondary (Juan Thornhill is a big blow) and you could see the Ravens running downhill all day on this team. But I think the Chiefs have enough to hold them off and win this game.

Barely avoided the bracket that was loaded with chalk, thanks to the Saints being the No. 3 seed in the NFC. I think they’re the better team than Green Bay, so they can certainly advance without homefield advantage. This would be an epic matchup, harkening back to the previous NFC Championship Game from the Alex Smith days. I don’t know exactly how comfortable I would feel fading Kyle Shanahan at home, but the way Drew Brees and Co have been playing, I think the Saints are going to make a deep run.

Epic matchup between two great offenses — hopefully the weather in Miami cooperates! — with the Saints returning to the scene of the crime 10 years since they won their first Super Bowl. Unfortunately for Brees and Sean Payton, it’s time for Andy Reid to win his. The oft-maligned time manager comes through with a title thanks to Patrick Mahomes and a solid defensive performance from the Chiefs as Kansas City brings home the championship.