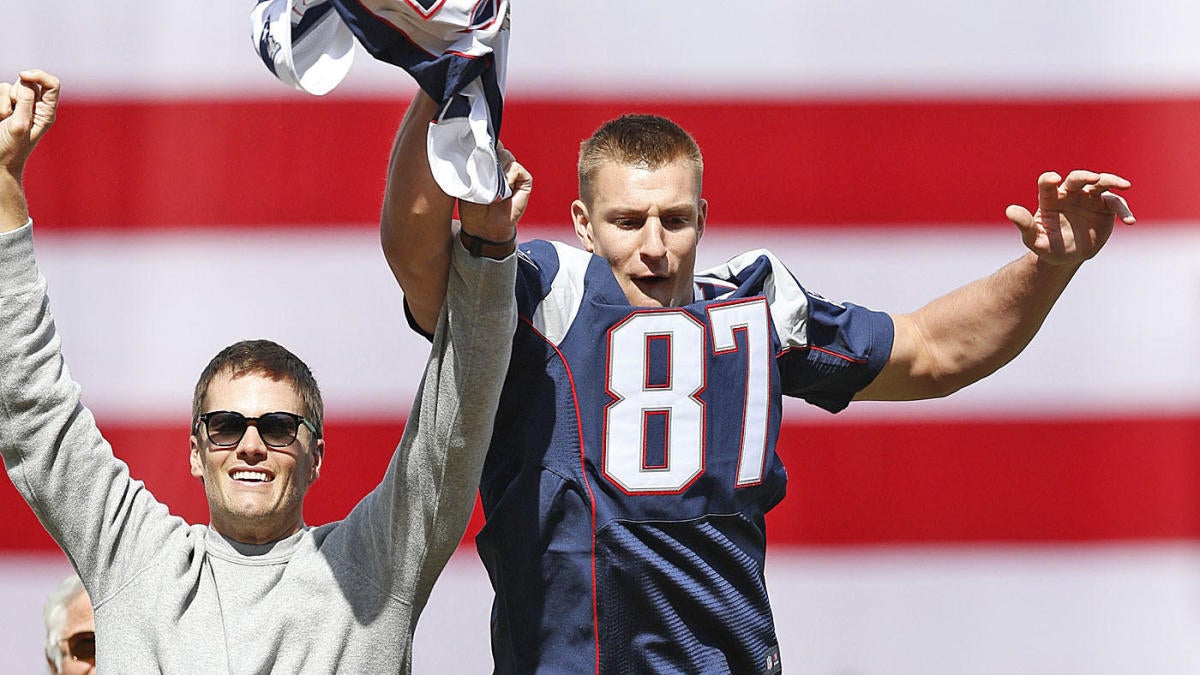 Former New England Patriots tight end Rob Gronkowski tried his hand at co-hosting a New Year’s Eve countdown show to ring in 2020, as he continues his life after football in the broadcasting world. For the big gig, Gronk decided to dress to impress, and even got the attention of his good friend, and former quarterback, Tom Brady.

Gronk stepped out in a sharp turtle neck and scarf and got the approval of his guy from Brady. From his shoes to his coat, the future Hall of Famer had a coordinating ensemble.

The current Patriots QB posted a comment on No. 87’s video of him dancing the YMCA at the New York celebration saying, “Fitted jeans, turtleneck and scarf??? Ok ok lookin sharp gronkie.”

“Gronkie” replied to the comment saying, “Took notes from you Tommy!! 2020 year of the turtleneck,” with a turtle emoji. “Tommy” has been known to rock the turtleneck in his postgame looks.

Brady is married to supermodel Gisele Bundchen, who has helped him in the fashion department over the years, so TB12 knows a thing or two about putting an outfit together.

To the dismay of Patriots fans, Gronk and Brady will not be reuniting on the field this year, but the two clearly still keep in touch to discuss fashion choices.

Another favorite Boston athlete David Ortiz joined in and commented tagging Brady and Gronkowski saying, “My boys happy new year to the 2 of you.”