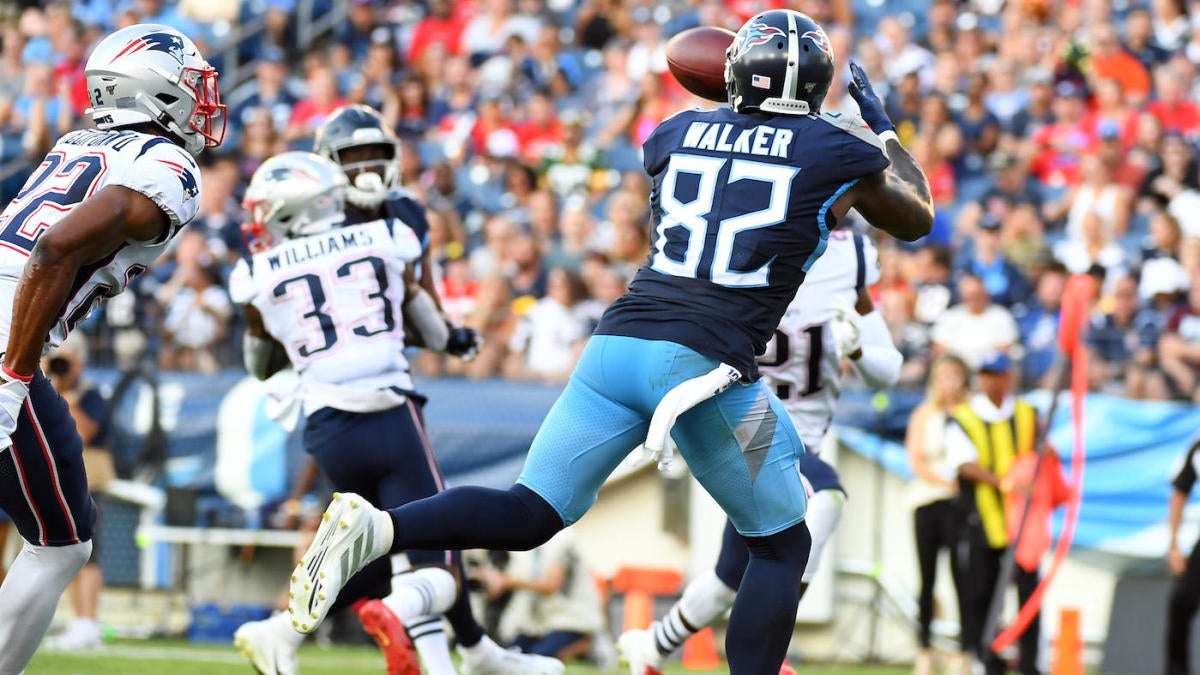 After a shocking loss in Week 17, the Patriots find themselves playing on Wild Card Weekend for the first time in 10 years and just the fourth time in the Tom Brady era. In that previous wild-card game, the Patriots lost to a quarterback who completed just four passes as the Ravens rumbled to a 33-14 win behind 52 rushing attempts.

If the Titans are going to pull off an upset in this game, it’ll take a lot more than four pass completions from Ryan Tannehill. While the Titans have owned one of the league’s best offenses since Tannehill joined the lineup, they also don’t have a lot of quality wins on their resume — with a Week 10 victory over the Chiefs being a notable exception.

“The Titans are playing well as they move to the playoffs, while the Patriots are coming off a bad loss to the Dolphins that has them playing this weekend. They are not familiar with that in their dynasty era. But I think they will respond to it. Look for the defense to take away Derrick Henry and force Ryan Tannehill to win the game. He is 0-6 as a starter in his career against the Patriots in Foxborough, which will show up here. The Patriots get back on track and advance behind the defense and an improved offense.” — Pete Prisco on why he has the Patriots winning 27-19

SportsLine NFL expert Larry Hartstein has put together a strong run picking Titans games, as he’s 10-3 in his last 13 ATS picks for or against Tennessee. He’s leaning to the Over on the total, but he has a strong play against spread; see which side Harstein loves over at SportsLine.

“On the Patriots’ end, the biggest advantage they have in this game is Bill Belichick, but even that might not be much of an advantage against the Titans. If there’s one time when Belichick seems to regularly get outcoached, it’s when he’s going up against former members of the Patriots organization. Over the past two years, the Patriots have lost a total of nine regular season games and four of those have come against people who once coached with or played for the Patriots (Brian Flores and Bill O’Brien in 2019; Matt Patricia and Mike Vrabel in 2018). Vrabel’s win came last season when the Titans beat the Patriots 34-12 in what currently ranks as the fourth-worst loss that Belichick and Tom Brady have ever suffered together.” — John Breech on why he has the Titans winning 27-20

The SportsLine Projection Model, which simulates every NFL game 10,000 times, is up over $7,000 for $100 players on its top-rated NFL picks since its inception four-plus years ago. Its biggest edge in this game comes on the total, with one side cashing in over 65% of simulations. See the model’s spread, total and moneyline plays only at SportsLine.

“Everyone’s going to milk the ‘Patriots might actually be dying’ narrative this week, and rightfully so, considering New England will be playing in the wild-card round for the first time since 2009. The Titans also have the grit to put up a serious fight, especially if Derrick Henry gets going on the ground. But I’m not taking the bait that easily. Tom Brady might be on the decline, but he’s still about to start a home playoff game after an embarrassing Week 17 performance. Bill Belichick will lean on a top-10 run defense and out-scheme Mike Vrabel here, and the dynasty will remain intact for another week.” — Cody Benjamin on why he has the Patriots winning 31-23

Why to take Patriots