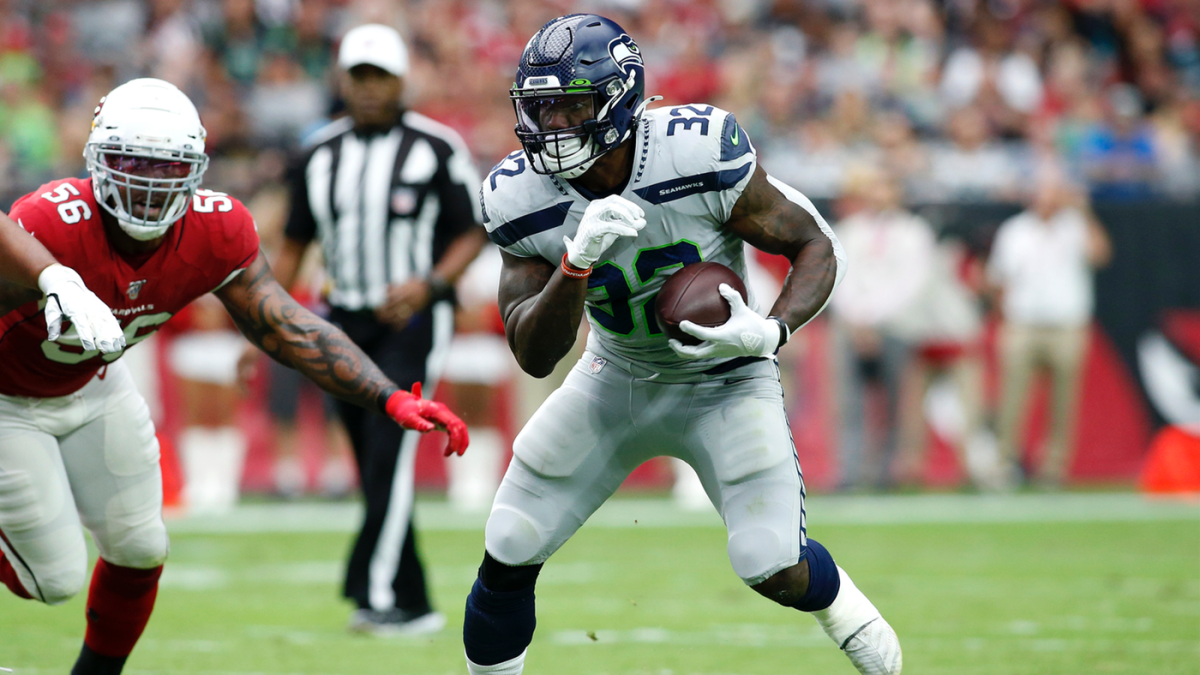 Chris Carson and Rashaad Penny were playing as well as any running back duo in football heading into the final month of the regular season. A week after Penny rushed for a season-high 129 yards and a score in Seattle’s Week 12 win over the Eagles, he and Carson amassed 216 total yards and three touchdowns in the Seahawks‘ 37-20 win over Minnesota the following week on “Monday Night Football.”

In a cruel twist of fate, the Seahawks lost both running backs for the year over the final month of the regular season. Penny suffered an ACL tear plus additional damage to his knee during Seattle’s Week 14 loss to the Rams. Carson, the Seahawks’ leading rusher this season with 1,230 yards and seven touchdowns, sustained a hip injury during the team’s Week 16 loss to the Cardinals. The injuries to Carson and Penny contributed to the Seahawks’ 1-3 record during the final month of the season that dropped them to the fifth seed in the NFC playoffs entering Sunday’s wild-card matchup in Philadelphia against the Eagles.

Seahawks head coach Pete Carroll did provide updates on both players during his media session on Wednesday. Carroll, when asked about Carson, said that his injury did not require surgery and that he expects him to be back by the starting of training camp.

“I saw Chris yesterday, and he was in very good spirits because of that,” Carroll said. “It’s still quite an extensive recovery, but he has no surgery and he doesn’t have to undergo any of those issues, and he was really thrilled about that. So the recovery will be as quickly as possible. He has a really good attitude about it. He’s a great worker, we won’t have any problem expecting him to come back.”

When asked about Penny, Carroll stressed that his situation is “totally different” than Carson’s as Penny’s injury did require surgery. And while he expects Carson to be ready by camp, he is hopeful that Penny will be able to do the same.

“It was a legit surgery that’s gonna call for the full length of time, and it’s a little bit less predictable with his recovery than it would be for Chris,” Carroll said of Penny’s situation.

With Carson and Penny on the shelf, Carroll and the Seahawks have turned to rookie Travis Homer and the return of fan favorite Marshawn Lynch. The duo put up an effective stat line during the team’s 26-21 loss to the 49ers in Week 17, combining to rush for 96 yards and a score on 22 carries. While Lynch scored a touchdown in his first game in 14 months, Homer, a sixth-round pick who earned his stripes on special teams, rushed for a season-high 62 yards on 10 carries. He also caught all five of his targets for 30 yards, earning the praise of Carroll.

“We totally expected that (type of performance) from him, and that’s all he’s ever done,” Carroll said of Homer, who possesses a physical running style despite being just 5-foot-10 and 202 pounds. “He’s never been anything but full speed. He’s 1000% full speed every time he gets the ball in his hands or chases a punt or whatever he does in special teams. He’s been really true to who he is.”

Carroll also discussed the bond that’s quickly grown between Homer and Lynch that was captured during Sunday’s game.

“It’s kind of the classic mentoring moment,” Carroll said. “The guy that you look up to, and Homer does look up to him … to have that kind of willingness on the part of (Lynch) to share himself and share his scares and all that, to pump him up and all and to praise him, too, all of that is really powerful and a real tribute to Marshawn.”

Carroll and company will need another strong effort by Homer and Lynch if they are going to defeat an Eagles team that enters Sunday’s game with a four-game winning streak. While they are a pedestrian 19th in the NFL against the pass, the Eagles boast the league’s third-best run defense after allowing an average of just 90 rushing yards per game during the regular season.