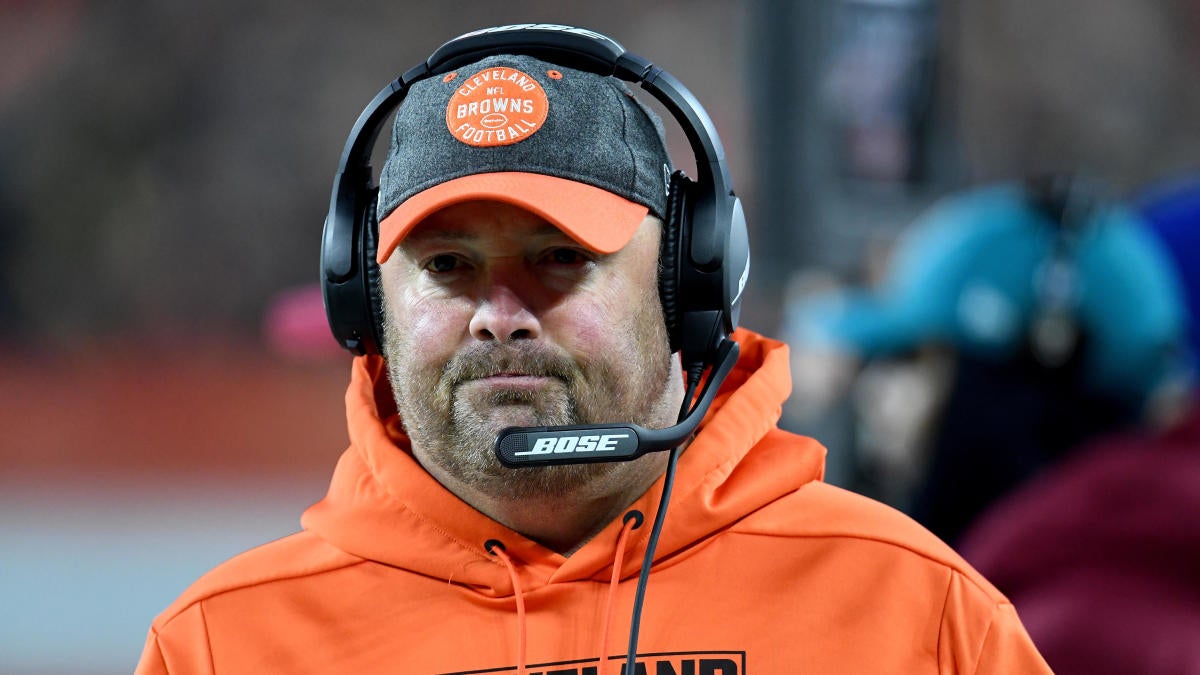 The 2019 NFL regular season is in the books, and that means it’s time to hand out report cards to those who took their first-ever stab at being the head coach of a professional football organization. Taking the reins as lead dog on the sled is always more daunting than a rookie coach can ever anticipate beforehand, and many also quickly realize there’s a difference between being tossed the keys to one team as opposed to another.

Each club is tethered to its own ownership, history and rabid fanbase that carries varying amounts of expectation, but some are truly up to the task. Others, however, went through the 2019 season wishing they had opted to never leave the job they had in 2018, having found themselves being dragged across a proverbial cheese grater over the course of a dismal 16-game campaign.

And, with that, let’s sort out who’s who, shall we?

Of the group, none had more pressure to perform than LaFleur. The former Tennessee Titans offensive coordinator not only joined an organization accustomed to being a perennial Super Bowl contender, but also one hot off of a controversial split from longtime head coach Mike McCarthy, following a relationship with a fiery Aaron Rodgers that devolved into a toxic divorce between the Super Bowl winning duo.

Tasked with smoothing the ruffled feathers of a first-ballot Hall of Fame quarterback while also needing to install a new offensive scheme from scratch, LaFleur led the Packers to a 13-3 record and the No. 2 seed in the NFC — also despite injuries to key players along the way. As far as first-time head coaches go, LaFleur met the gold standard.

I know what you’re thinking. There’s no way a coach of a 5-11 team could land this grade and it be justifiable, right? Wrong. If this was a midseason progress report, yes, Flores would be on the lower end of this spectrum. It’s not though, and the fact is the 38-year-old never subscribed to the notion the Dolphins were tanking for a top draft pick, even after the decision to trade away safety Minkah Fitzpatrick. Instead, they won five of their final nine games that included a two-game win streak to end the season, capped by a thrilling victory over the Patriots in Foxborough, robbing their rival and his former employer of a first-round bye in the process.

Even with zero experience as a coordinator before making the leap from Patriots linebackers coach to Dolphins head honcho, Flores has proven the right medicine for what ails fans in South Florida. The future looks bright in Miami, thanks to him.

His path to an NFL sideline was a curvy one this past offseason, but controversial reneging of collegiate agreements aside, Kingsbury did some promising things for the Cardinals in his first year at the helm. Kudos to him for halting an 0-3-1 start to the season with a three-game win streak that generated very real excitement for what both Kingsbury and first-overall pick Kyler Murray could be. The decision to trade away former first-round pick Josh Rosen to grab Murray was expected, yes, but also met with a lot of concern — seeing as there’d be massive blowback if Murray underperformed.

In the end, it was the right call by Kingsbury, and defeating the powerful Seattle Seahawks in Week 16 gives a glimpse at what the duo — along with the prowess of pass rusher Chandler Jones — can do going forward. It might also be enough to keep Larry Fitzgerald around one more year.

Few coaches this season, first-year or otherwise, felt a hotter seat over the course of the year than did Fangio. Team exec John Elway has already shown a lack of patience when it comes to building a proven winner — as Vance Joseph found out the hard way — and that meant the pressure was on immediately for Fangio to step in as Joseph’s successor and rebuild the Broncos brand. The decision to trade for Joe Flacco only added to the expectations, but things began to derail quickly and continually over the course of an exceedingly disappointing season.

Fangio’s job was essentially saved when Flacco was moved to injured reserve with a neck injury not long after skewering the team’s playcalling (hint?), which eventually saw rookie Drew Lock return from IR to lead the club to a very strong finish, winning four of their last five games which included downing the Houston Texans at NRG Stadium. A horrendous start married to a thrilling finish lands Fangio at a middle grade.

It’s a good thing the Bengals brass are a patient bunch, because that’s the only thing keeping Taylor on board in Cincinnati for the 2020 season. His rookie campaign can only be described as an unmitigated disaster, and it began before the regular season ever got underway. A controversial decision to green light training camp practice on a “terrible” field — as described by players — led to an ankle injury to Pro Bowl wide receiver A.J. Green that required surgery to repair. Green never took the field for Taylor in 2019 because of it, and at one point the decision to bench Andy Dalton led to a public gripe by the quarterback and no wins came following the move. Taylor, looking to desperately avoid an 0-16 season, caved and reinserted Dalton into the starting role and did avoid the disastrous historic mark, but mustered only two wins on the whole.

With the future of both Dalton and Green hanging in the balance (presumably, wave goodbye to both), the ushering in of a new era in Cincinnati began with an absolute thud. Marvin Lewis says hi.

Awarded one of the most talented rosters in the NFL, Kitchens managed it as poorly as a Waffle House at 3:30 a.m. The blockbuster trade to land Odell Beckham, Jr. followed the team’s decision to part ways with longtime coach Hue Jackson, making it clear team exec John Dorsey was setting up for what should’ve been a lay-up for Kitchens to get the Browns into the playoffs. Baker Mayfield was hot off of a dynamic rookie campaign and Jarvis Landry combined with Nick Chubb to make for a strong offensive corps, and the defense — led by Myles Garrett — looked ready to do some very real damage in the AFC.

That was then, and this is now.

Kitchens muddled through a poor season that saw Garrett suspended indefinitely for swinging a helmet at Steelers quarterback Mason Rudolph, Mayfield threw 21 interceptions to only 22 touchdowns, Beckham reportedly told several other teams to “come get me” before backing down and finally saying he’ll stick around and Landry is now saying the team lacks “leadership.” Dorsey put all of his chips on the table when he brought in Kitchens against the wishes of some, and the latter performed so poorly he got both of them fired.