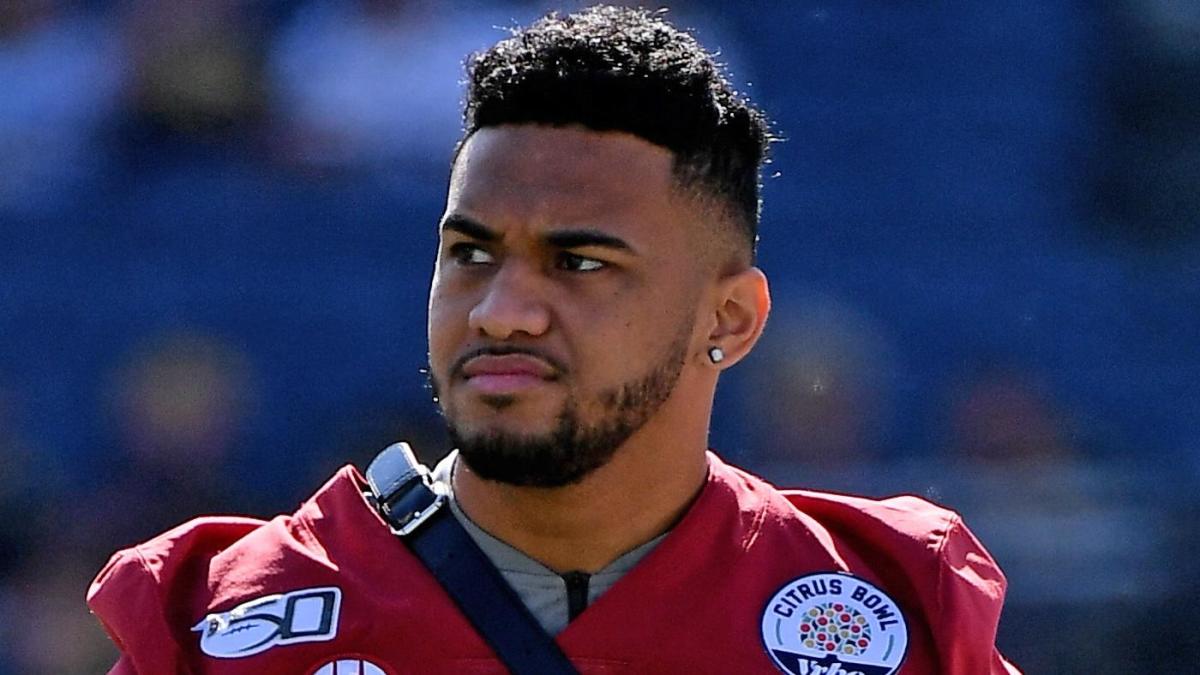 Prior to the start of Wednesday’s game, Dolphins owner Stephen Ross and CEO Tom Garfinkel took part in pregame conversations from Alabama’s sideline. In close proximity to Ross and Garfinkel was Tagovailoa, who is six week removed from surgery to repair his injured hip.

Prior to the start of Wednesday’s game, Alabama head coach Nick Saban offered a positive update on Tua’s health during an interview with ESPN. Before sustaining his injury, Tagovailoa was projected as a top-three pick in the 2020 draft, along with LSU quarterback — and 2019 Heisman Trophy Winner — Joe Burrow and Ohio State edge rusher, Chase Young. In 31 games for Alabama, Tagovailoa completed 69.3% of his passes for 7,442 yards with 87 touchdowns and 11 interceptions.

“(Tua is) doing well, everything so far has been really, really good in terms of his rehab and the progress he’s making,” Saban said, via Brad Crawford of 247Sports. “But this is a work in progress and it’s going to take a lot of time. He’s been working really, really hard and our medical staff has done a fabulous job with him from Day 1 of the surgery to how the rehab has gone.”

While “tanking for Tua” didn’t exactly pan out the way many thought it would, the Dolphins could still end up taking Tagovailoa with the fifth-overall pick. That’s assuming the Bengals — who own the No. 1 pick — take Burrow, who scored eight touchdowns in the Tigers’ romp of Oklahoma in the College Football Playoff semifinal. That’s also assuming that Tagovailoa — who has not publicly come to a decision with regard to leaving school early — decides to enter the 2020 draft. Tagovailoa recently explained his dilemma during a December interview with ESPN’s Kirk Herbstreit.

“This is probably going to be the biggest decision of my life,” said Tagovailoa, who has reportedly put a mid-January deadline on his decision. “This is where I seek advice from what I believe and this is where I seek advice from my parents. But truly, at the end of the day, the decision comes down to me. Whether I feel like it’s right for me to stay or if it’s right for me to go, it’s just a really, really big decision, man.

“Everybody just wants to know, and that’s what makes it even bigger, I’d say.”