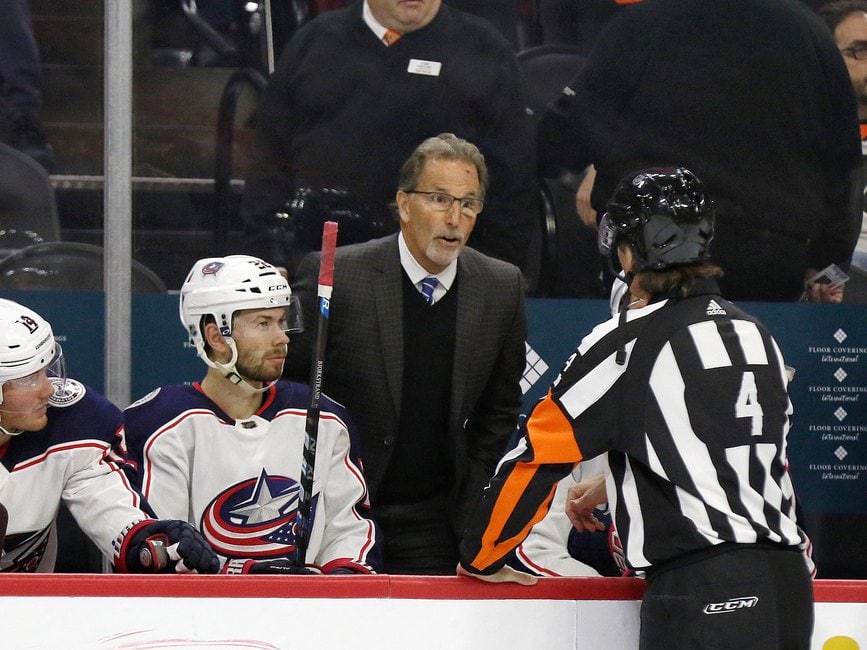 It was the press conference heard around the hockey world. John Tortorella was not happy with the National Hockey League.

The Columbus Blue Jackets lost to the Chicago Blackhawks 3-2 in a shootout back on Dec 29. In the eyes of Tortorella, he didn’t think the game should have ever went to a shootout.

Zach Werenski scored what was thought to be the game-winning goal at the buzzer, only to have replay show the puck crossed the line after the clock hit 0.0.

Just before that in overtime, the Blackhawks were called for too many men. On replay, the whistle was blown with 19.2 seconds left in overtime. But for some reason, the clock ended up at 18.1 seconds with no explanation. Despite the Blue Jackets asking for a review of the clock, it was determined the clock was right and no adjustment was made. Had the 1.1 seconds been added back, Werenski’s goal would have counted and the Blue Jackets would have won the game.

But then in the shootout, the Blue Jackets lost their goalie Joonas Korpisalo to a torn meniscus. The team announced he will miss 4-6 weeks and could miss the All-Star Game as a result.

Tortorella was not happy with the chain of events that unfolded. He unleashed his fury in an expletive-filled postgame press conference. You can see his availability below.

As you can imagine, the NHL was not happy with this outburst. On Wednesday, the league announced that Tortorella was not only fined $20,000 for his comments, but was hit with a conditional fine of $25,000 if he does something like this again from now until Dec 29, 2020, a full year from Sunday’s game.

Also as you could probably imagine, some fans were not happy with both the way the game finished and this punishment from the NHL. One fan in particular decided to make something positive out of this situation.

A GoFundMe Was Created

A fan named Amanda Myers created a GoFundMe page in support of Tortorella. You can view the page here. In it, she writes “We can’t pay his fine, so all proceeds will go the The Tortorella Family Foundation.”

As of this writing, the GoFundMe has raised $795 to go to the Foundation whose goal is helping those who protect children, animals and our environment from harm. He has long been an advocate for helping rescue animals find forever homes. Here is a clip from 2016 about the Tortorella Family Foundation from the coach himself.

This is a nice gesture by Amanda and then all the fans who have donated to this point. If you’re interested in donating to this cause, you can through the link provided above.

Sometimes good can come from bad situations. Here’s another example of that. Animals will get the much needed care they deserve thanks to these donations.