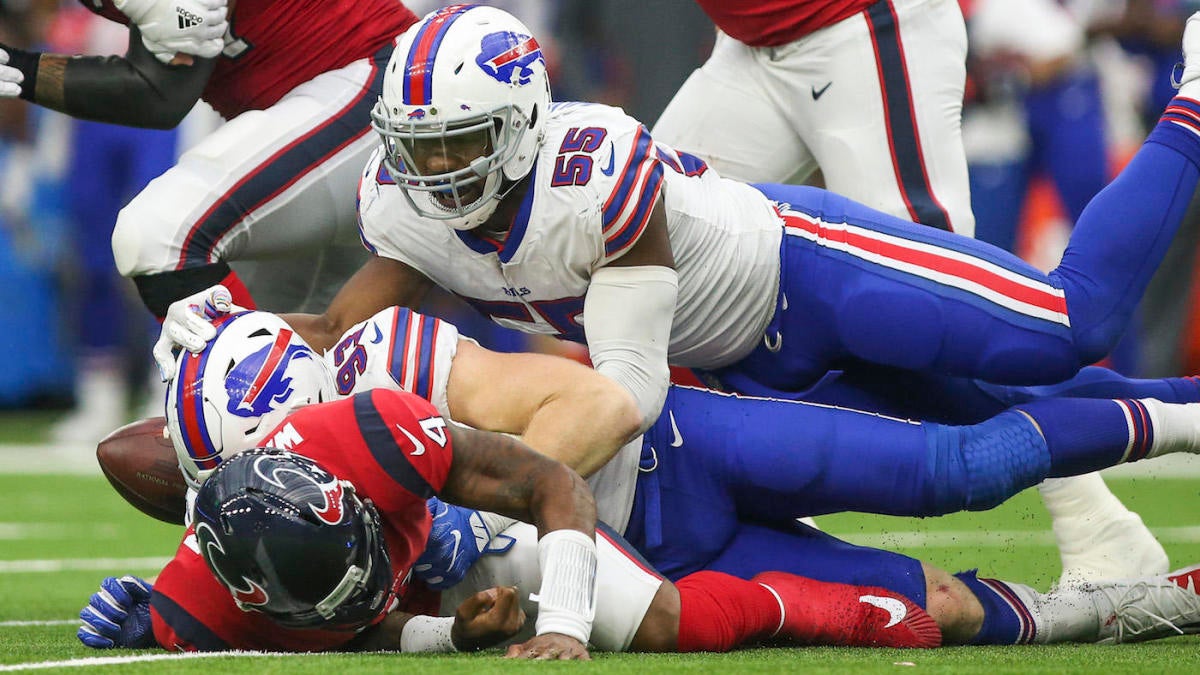 The first matchup of Wild Card Weekend pits two teams that were able to rest players in Week 17, with the Bills and Texans locked into their respective positions by the time their games kicked off. So Josh Allen, Deshaun Watson and a handful of other players on both sides were able to get a virtual bye heading into this game.

It’s just Buffalo’s second trip to the playoffs since the turn of the century, with the Bills making the postseason in 2017 but scoring just three points in their wild-card loss to the Jaguars. Houston is making its fourth trip to the postseason in its last five seasons, all by virtue of winning the AFC South. The Texans went 1-2 on Wild Card Weekend in their previous three chances to advance, losing in the next round the one time they managed a win in 2016.

“The Bills have been one of the surprise teams this season, but they have the defense to back up being in this spot. Deshaun Watson will challenge them in a big way, but I think they will be up for it. Josh Allen will be playing his first playoff game, but the Texans defense has major issues lately – even if J.J. Watt is back. Look for Allen to play well and the Bills to move on behind the defense. Upset special.” — Pete Prisco on why he has the Bills winning 20-17

“Buffalo got some key guys hurt last week in a meaningless game. J.J. Watt is coming back for Houston and I think the Bills will struggle to score. Deshaun Watson will have a decent game, Carlos Hyde will do some damage on the ground and the Texans will win.” — Vegas legend Hammerin’ Hank Goldberg on why the Texans are one of his best bets; get the rest of his wild-card best bets over at SportsLine

“If this game had been played last year, Josh Allen probably would have thrown four interceptions and the Bills probably would have lost 17-10, but this year, Allen has actually looked good, and I’m pretty sure he’s going to be able to take advantage of Houston’s defense. Speaking of defense, the Bills are actually pretty good on that side of the ball: They gave up the second fewest points  in the NFL this year, the second fewest touchdown passes, they also gave up the third fewest passing yards and they were one of only three teams that held opposing quarterbacks to under an 80.0 QB rating (To put that in perspective opposing QB’s had a 95.3 rating against the Texans this year).” — John Breech on why he has the Bills winning 23-20

SportsLine’s top NFL expert Mike Tierney has a 58-31 mark in his last 89 NFL picks, and he’s got a strong play on the Bills-Texans matchup as well. Find out which side of the spread Tierney loves only at SportsLine.

“The Texans have two of the NFL’s most explosive playmakers in Deshaun Watson and DeAndre Hopkins. They’ll be rested up. They also won’t have to leave home. But there’s a reason they’re barely favorites in Houston. The Bills defense is ravenous, and its secondary alone should keep Bill O’Brien frustrated for much of Saturday night. Josh Allen, meanwhile, should benefit from the holes in the Texans’ own pass D, hitting Cole Beasley and John Brown for enough big plays to keep Buffalo out in front. Ride with Sean McDermott.” — Cody Benjamin on why he has the Bills winning 27-21

The SportsLine Projection Model, which simulates every NFL game 10,000 times, is up over $7,000 for $100 players on its top-rated NFL picks since its inception four-plus years ago. Its biggest edge in this game comes on the total, with one side cashing in over 60% of simulations. See the model’s spread, total and moneyline plays only at SportsLine.

Why to take Bills

Why to take Texans