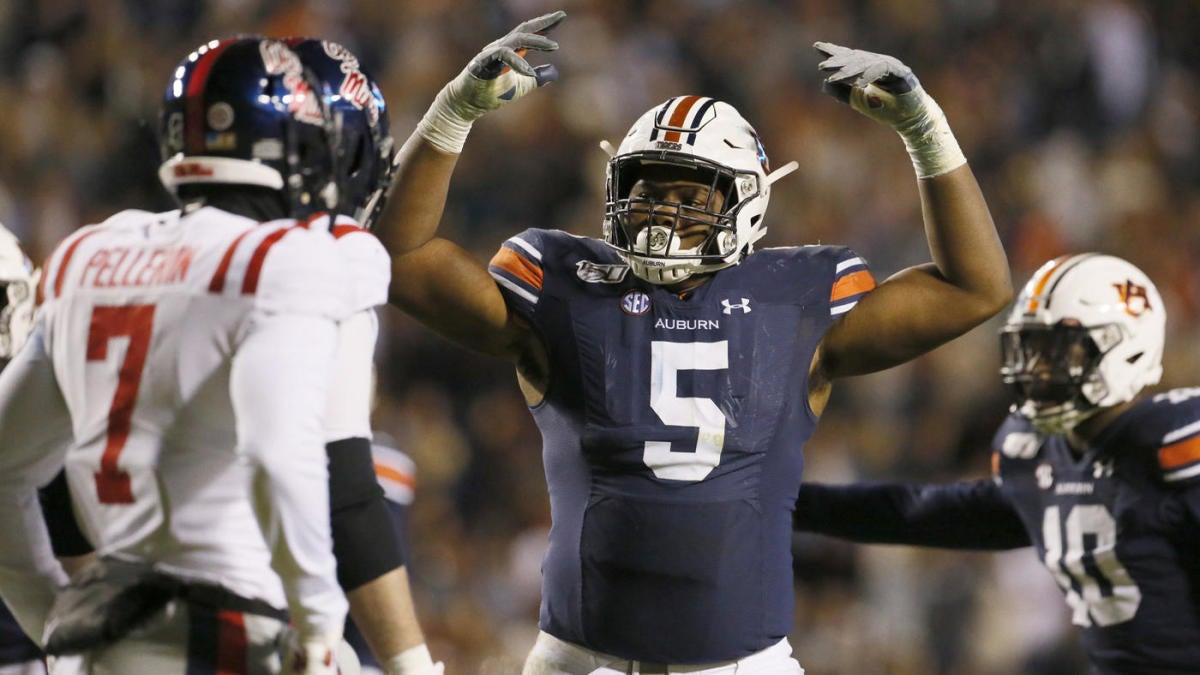 We’ll be treated to a pair of early-round prospects in this year’ Outback Bowl between Minnesota and Auburn, and one of the defenders featured is probably going to be the first player off the board at his position.

Johnson is a do-it-all wideout for Minnesota, and he’s been a steady contributor for the past three seasons. Mostly deployed from the slot, Johnson knows how to beat press at the line, runs crisp routes, and is a running back after the catch. While some easy drops show up on field, so do awesome snags with coverage draped on him down the field. Johnson doesn’t look like someone bound to erupt at the combine. He looks like someone who’s going to outplay his draft position.

Winfield has NFL bloodlines and plays a lot like his dad, with a nasty demeanor in a small-ish package as a run defender and quality athleticism that lends itself to outstanding range at safety. After dealing with injuries in each of the past two seasons, Winfield has been healthy all 2019 and has reeled in seven interceptions to go along with 83 tackles, a sizable number from a safety in 12 games. He’s not Earl Thomas in center field, but his instincts are outstanding, and he has the speed to get to the football from the deep middle.

Brown is primed to go somewhere in the top half of the first round. He’s 6-5 and 320 pounds with athletic gifts that allow him to move much more explosively than most defenders even close to his size. He devours backs in the run game and easily defeats blocks before doing so. Because of his enormous frame, his tackling radius seemingly spans three gaps up front. He has a devastating bull rush as a pass rusher but doesn’t utilize many hand moves to beat interior blockers, which is a concerning.

Another colossal human on the field for Auburn in this one, Wanogho tips the scales at 6-7 and 305 pounds. While relatively new to football, he quickly acclimated to the SEC and fared well for most of his time at left tackle for the Tigers. He actually glides as a pass protector and plays with a noticeable mean streak. He gets into trouble when a counter move or twist forces him to slide laterally. With more weight on his tall frame and a stronger grip once he latches on, Wanogho could become a solid starter in the NFL. He has Day 2 written all over him.