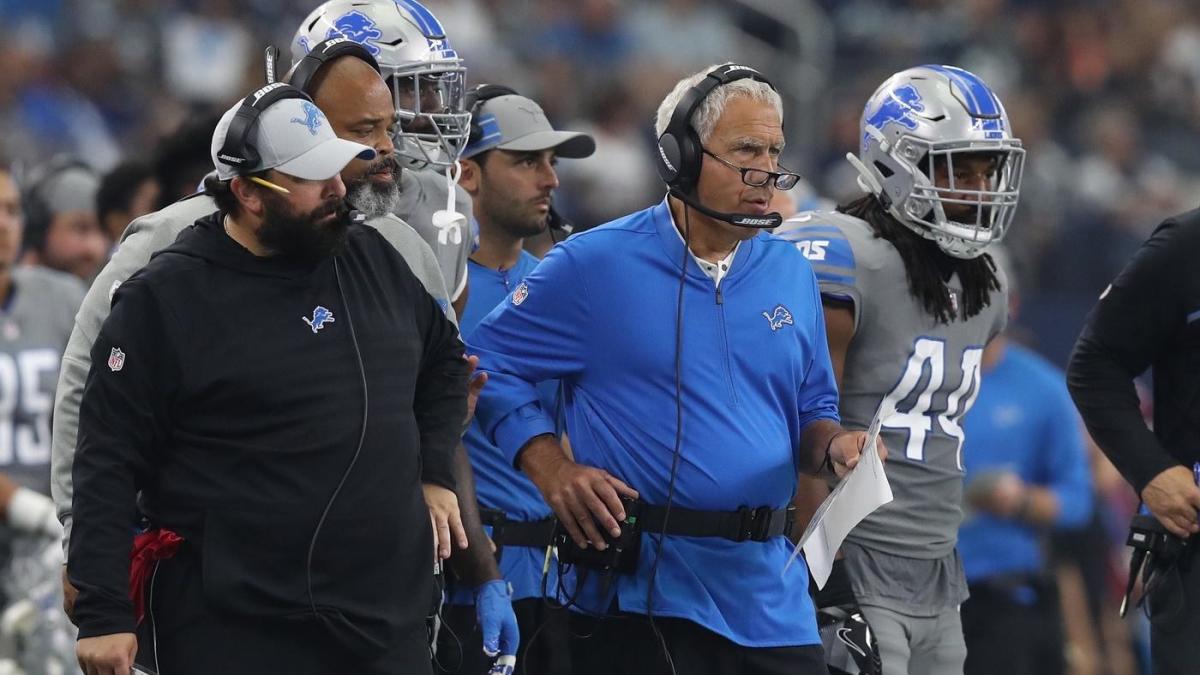 Bonamego lasted just one season with the Lions. He was hired after spending four seasons as the head coach at Central Michigan, where he finished with a 22-29 record. Bonamego was the special teams coach of the Lions in 2013 and 2014, before leaving for the Central Michigan position. Detroit finished eighth in Football Outsiders special teams rankings after finishing 20th in the league in 2018, but finished dead last in kickoff coverage. The Lions finished eighth in punt return yards (246) and 22nd in kick return yards (564), allowing the fourth fewest punt return yards in the league (130) and the most kick return yards (1,284).

Detroit decided to retain defensive coordinator Paul Pasqualoni after a season which the Lions finished 26th in points allowed (26.4) and 31st in yards allowed (400.4). The Lions allowed opponents to convert 43.93% of third downs, which was 28th in the league. The defense had a steep decline after allowing 22.5 points (17th) and 335.0 yards (10th). They also were 11th in opponents third down conversion rate (37.10%).

The Lions blew leads 12 games, 10 of which came in the fourth quarter. The defense finished last in the NFL in pass yards allowed (284.4) and 27th in yards per pass allowed (7.4). Detroit finished -5 in turnover ratio and tied for last in interceptions with seven. Their 18 takeaways were 24th in the NFL.

Those numbers were enough to keep Pasqualoni around for one more season, which ultimately could be Patricia’s last season in Detroit if the Lions don’t compete for a playoff berth or make a significant improvement in 2020.