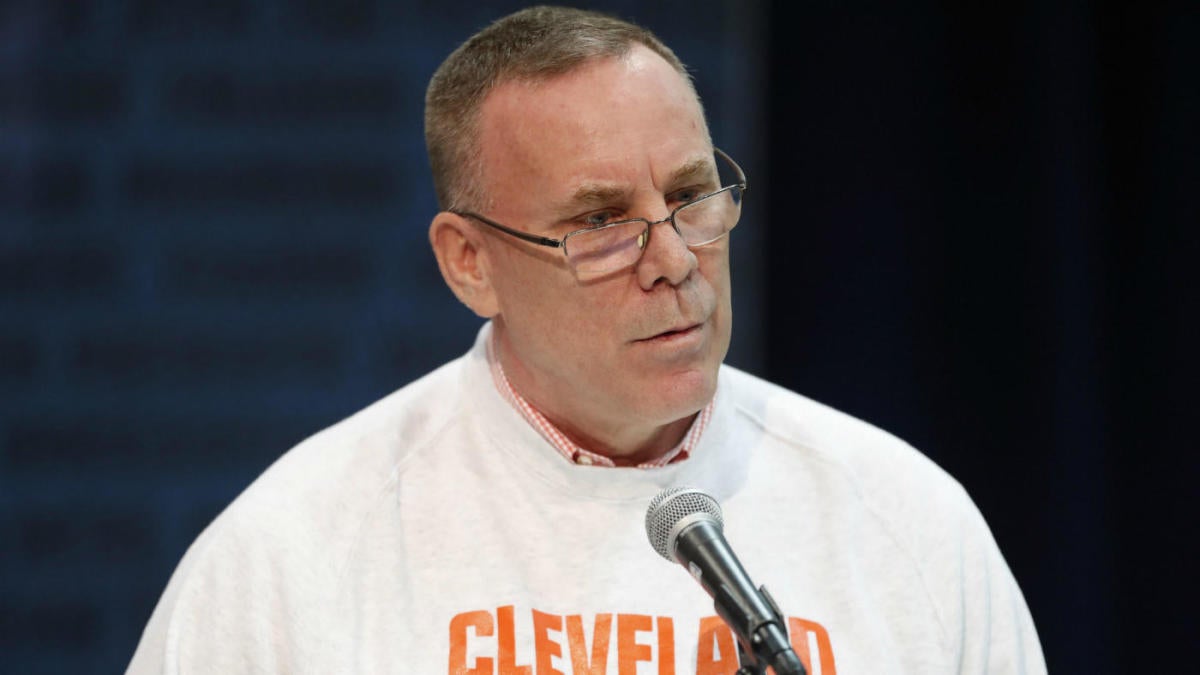 The Cleveland Browns and general manager John Dorsey have mutually agreed to part ways, the team announced on Tuesday. This comes after Dorsey met with owner Jimmy Haslam as the two tried to come an agreement on the restructured front office that Cleveland is set to endure.

“We have a great appreciation for John and all he has done with the Cleveland Browns,” Haslam said in a statement. “He has helped create a foundation that we need to continue to develop and build upon. While John helped greatly improve our team’s talent and we are excited about the core players on our roster, we fully recognized that our team did not meet its potential on or off the field and additional changes in leadership give us the best opportunity for success in the future. As the role of the general manager continues to evolve in this league we felt there were areas that needed to be reassessed. Over the last 48 hours, we’ve had discussion with John about his role but could not come to an agreement on a position that would enable him to remain with the organization.”

This all comes off the heels of Mike Florio of Pro Football Talk reporting over the weekend that Dorsey is “not completely safe” as the team mulls changes at not only the head coaching spot with Freddie Kitchens (who has since been fired), but his post as well. Ian Rapoport of the NFL Network adds that one of the main issues that surrounded Dorsey was that head coaching prospects were asking the organization whether or not he’ll be around making the personnel decisions. Already, we’ve seen Baylor head coach Matt Rhule reportedly decline an interview with Cleveland.

Since arriving in 2017, Dorsey has played a major role in turning the Browns organization around and has made some strong moves constructing the roster. He went all-in on Baker Mayfield with the top pick in the 2018 NFL Draft, selected corner Denzel Ward with his other first-rounder and even snatched up star running back Nick Chubb later on in that draft. On top of those moves, Dorsey created a tremendous buzz around the league when he dealt for Odell Beckham Jr. in a trade with the Giants this offseason. Even his decision to sign running back Kareem Hunt, who has been a key member of the Browns offense upon his return from suspension, has come up aces.

Despite his success with some of his roster moves, the decision to put Freddie Kitchens in as the head coach does fall on Dorsey’s shoulders as he wasn’t exactly groomed for the role. The fact that Mayfield regressed in 2019 and the Beckham Jr. experiment hasn’t been as fruitful as we imagined with Kitchens at the helm hasn’t helped things. The team as a whole also has shown to be undisciplined with their play, which also could be blamed on Kitchens’ shortcomings as a head coach.

“When I took this job, the history of this storied franchise and the passion of our fans was an integral part of my decision,” Dorsey said in his statement released by the team. “It is that same understanding and desire to see these fans enjoy the success they are so deserving of that helped me conclude, along with Jimmy and Dee, that it was best to part ways as they embark on the search for a new head coach. I know how critical the relationship is between a general manager and head coach and I also know how critical it is that the Browns have a strong leader in their next coach. I have a great appreciation for the men and women I have worked with since being in Cleveland and my family has the same love and appreciation for this community and are thankful for the opportunity to be a part of this journey.”

A key figure for Cleveland moving forward may be chief strategy officer Paul DePodesta. Pro Football Talk reported over the weekend that if DePodesta moved to Cleveland full-time, he could have a much larger role in the organization and possibly be higher up on the masthead than Dorsey. If that doesn’t happen, the next best thing Browns ownership could do is allow DePodesta to handpick a new general manager for the franchise going forward.

With Dorsey now out, it’s a complete new era for the Browns moving forward.