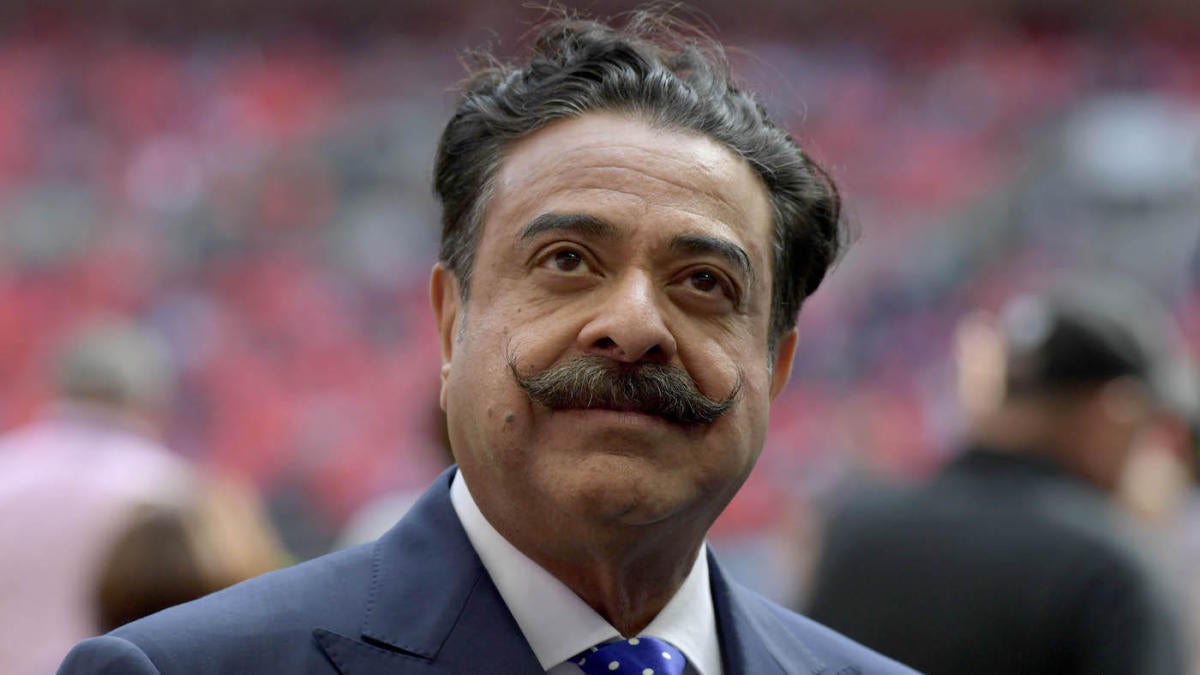 Less than three years ago, Jaguars owner Shad Khan was shown a plan out of the abyss.

He spent hours with two of the best and brightest offensive minds in football – both who were frankly over-qualified for Jacksonville’s head coaching job – able to pick the brains of Kyle Shanahan and Josh McDaniels about the state of his team and the likelihood of winning football games with Blake Bortles as his quarterback. He had a unique portal into where the game was going and who it might be best to go there with. And he opted, instead, for the status quo.

Shanahan and McDaniels wanted nothing to do with Bortles, or an offense built around him, and the other candidates (Harold Goodwin and Mike Smith) generated little buzz. McDaniels withdrew to wisely stay with the Patriots (where he is a coveted coaching candidate again in 2020) while Shanahan took the 49ers job and now has them as Super Bowl contenders. Khan ended up doing the easiest thing possible, by promoting interim head coach Doug Marrone, a big Bortles booster, and bringing in Tom Coughlin as the football czar to micro-manage a struggling football operations department, but keeping Dave Caldwell as general manager.

It’s more comfortable to believe what you want to hear, after all, and what is being parroted back to you from within (Marrone/Caldwell) and to have your own biases confirmed, then it is to admit a considerable mistake and try to make a seismic change to overcome it. That is still the case down in Duval.

Amazingly, this wasn’t even the biggest head-scratcher of the day, with this Tuesday at the end of December a perfect microcosm as to why certain franchises are perpetually fumbling in the dark. Khan’s morning announcement was quickly trumped by Giants GM Dave Gettleman’s press conference from a bizarro world where he is now couching himself as a progressive in the analytics community. Then came Browns owner Jimmy Haslam opting to blow up his building yet again, whacking GM John Dorsey after two full seasons a few days after ending the Freddie Kitchens ruse after one. Oh, and all the while Jerry Jones dragged his marathon therapy hug session with out-of-contract head coach Jason Garrett into its third day, despite an atrocious season in the weak NFC East and a locker room aching for a new head coach. And people wonder why some teams never get it right.

But back to the Jaguars.

A year ago, Khan found himself at this very same critical juncture, holding meetings with coaches and players and front office types to decide if changes should be made, only to opt, yet again, for the status quo. And then Tuesday, at – you guessed it – the very same fork in the road, after another 10-loss season he did what he always does. Status quo. All good. Nothing to see here. Just another occasionally sternly-worded press release.

Coughlin got the boot a few weeks back after a scathing rebuke from the NFLPA about the Jaguars’ fining and grievance practices, and that was all the change necessary, apparently, despite a team with 11 wins in two years that has serious salary cap, roster and performance issues, to say nothing of a culture where star players clashed with management and undisciplined displays had become the norm.

Sure, pushing Coughlin out was a no brainer, but Khan seems to be unable to see the state of the franchise from beyond his induvial purview into it. He is too close to it, one can only presume, to truly appreciate its many warts when viewed through the prism of all 32 franchises.

To those outside of that bubble, this is an organization screaming out for real change and a youth movement (rather than years of free agent flurried) for quite some time. The Jags have called for a draft-based reboot for years. Yet ownership continues to double-down (actually triple-down at this point) on the same mindset that led them to extend Bortles’ contract in the first place, after men who know quarterbacks like very few on the planet do, wanted nothing to do with him.

Everything comes to an end. In the NFL, it often only takes a few years (mere months in Planet Cleveland). So it’s understandable to want to buck that trend and force continuity even when it’s uncalled for. Loyalty is noble. But winning is divine, and this team is nowhere close to contending. It hasn’t even hit rock bottom yet in terms of the bad contracts and cap situations it needs to get out from under. And the decision to punt on any attempt to gauge the interest in the best and brightest minds out there about how to get better (McDaniels, anyone?), in favor of a head coach who is 22-28 in Jacksonville and a GM who is 36-76! since coming on board strains credulity.

The franchise has one winning season since 2013, and five seasons with five or fewer wins since then. This year’s 6-10 campaign is the second most fruitful since Caldwell came on board. The Jags finished with seven losses in their final nine games and should be looking to eat money to move contracts on recent free agent splurges like AJ Bouye and Nick Foles and Andrew Norwell. Their best player, Calais Campbell, will be 34 by Week 1. They need, again, a rebuilt offensive and defensive line.

Everything about the team from a cash, salary cap, and standings standpoint makes this the perfectly natural time to change course and truly rebuild. With the draft more critical than ever, and with the Jags owning the Rams first-round pick then next two years from the Jalen Ramsey holdout/debacle/trade, they can’t afford the kind of misses that have been almost annual in Jacksonville. Yet this is what they have produced from first round the last six years:

The margin for error is slim, and the misses have far outweighed the hits — especially considering how many top-10 picks they had. The splashy signings across the defense, a few years later, ring hollow with the offense never able to develop under Marrone, and now that defense needs to be rebuilt, too. Whatever window this team had — the fortuitous stumble into the AFC Championship game in 2017 certainly was more a mirage than a sign of things to come — is over, yet Khan opted not to let new eyes analyze this for what it is and chart a new course.

With this team set to begin possibly playing more games in London in years to come, perhaps its good business to keep costs down and survey the landscape for down the road. But from a football standpoint, I can’t find one cogent counterargument to trying to find a new brain trust and opening up that organization to new thoughts and philosophies and personalities and ideas. It was obvious three years ago, as those interviews with Shanahan and McDaniels foretold. It’s even more mandatory today.