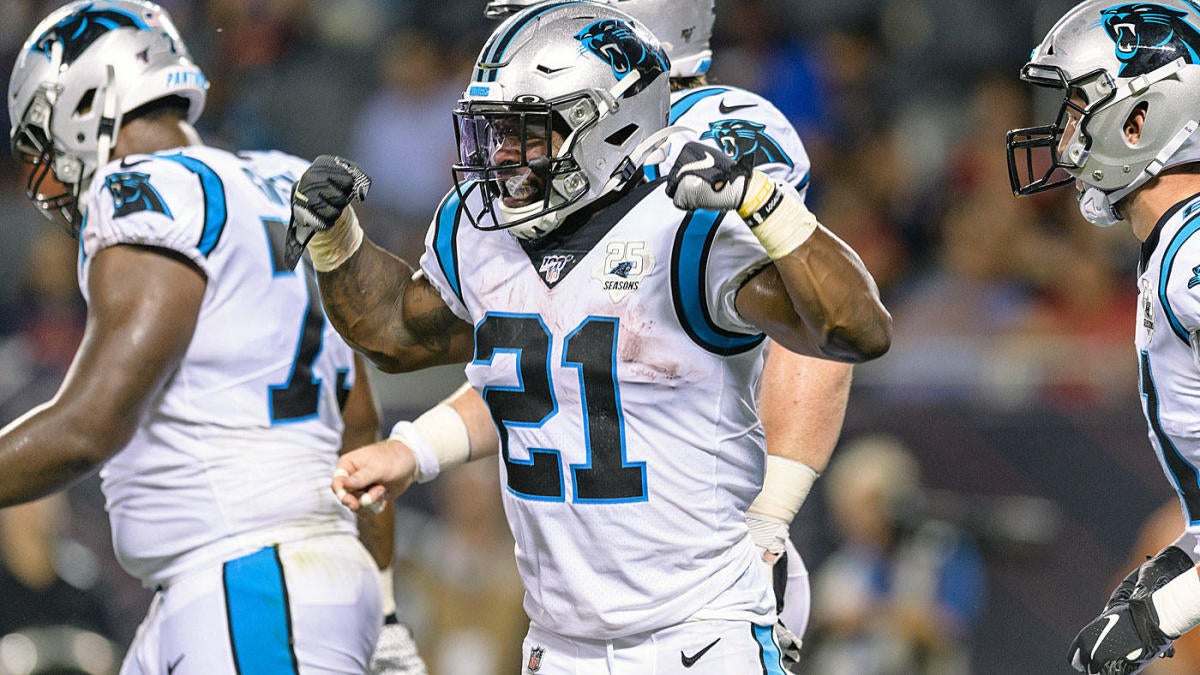 The Philadelphia Eagles have yet to reveal the status of Miles Sanders for Sunday’s NFC Wild-Card game against the Seattle Seahawks, but added some insurance at running back in case Sanders can’t go. Philadelphia signed former Georgia running back Elijah Holyfield to the active roster and placed defensive end Daeshon Hall on injured reserve. Hall tore his ACL on the final play of the Eagles’ win over the New York Giants Sunday.

Holyfield, the son of former heavyweight world champion Evander Holyfield, was an undrafted free agent and signed with the Carolina Panthers. He had 19 carries for 79 yards and a touchdown in the preseason, but spent the entire year on the Panthers practice squad. Since his contract expired with the Panthers, Holyfield signed to the Eagles active roster.

The addition of Holyfield will give Philadelphia added depth at running back if Sanders can’t go Sunday. Sanders left Sunday’s win with an ankle sprain, an injury head coach Doug Pederson didn’t seem overly concerned about, ruling him “day-to-day.”

The Eagles also have Boston Scott and Jordan Howard on the roster if Sanders can’t go. Scott was named the NFC Offensive Player of the Week after having 19 carries for 54 yards and a career-high three touchdowns, along with four catches for 84 yards. Howard missed the Eagles previous six games with a shoulder injury, but returned for his first game action since Week 9.

Howard didn’t play a single offensive snap Sunday. Those plans are going to change as the playoffs arrive.

“We just wanted to make sure that Jordan was ready to go,” Pederson said. “Again, we talked about the conditioning last week and things of that nature and risking anything further with him. I would expect that his workload would increase a little bit more this week as he gets more into game shape and game ready.

“We’ll have a plan for Jordan moving forward, and he’s going to have to play coming down the stretch here.”

The Eagles are going to have to use Howard if Sanders can’t go Sunday. Sanders finished eighth in the NFL with 1,641 all-purpose yards and led all rookies with 1,327 yards from scrimmage this season, a huge catalyst toward the Eagles winning the division.

Philadelphia has overcame plenty of injuries on offense to win the NFC East, but the loss of Sanders could be too difficult to overcome. Fortunately the Eagles have had players like Scott step up in the stretch run.