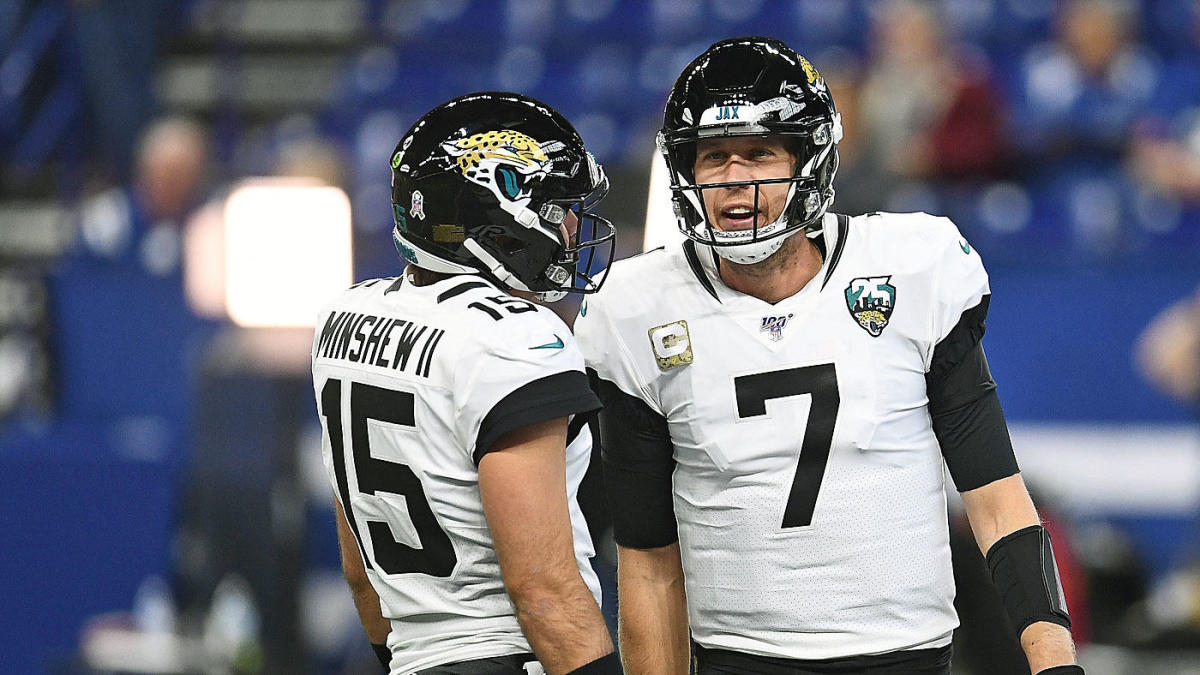 There’ll be a new head coach in Jacksonville in 2020, and he’s going to have a conundrum on his hands at the quarterback position. Do the Jaguars go into next season with Gardner Minshew as the entrenched starter? Does Nick Foles get another fair shot to win the starting job? Or should the position be addressed early in the draft?

Beyond that, the team is in flux on defense with some older, expensive players and a clear need at cornerback after the Jalen Ramsey trade.

Here’s what you need to know about the Jacksonville Jaguars and the 2020 NFL Draft.

The Ramsey trade netted an additional first-round pick for Jacksonville. Whoever’s calling the shots in Duval will inherit a pair of Round 1 picks and nine total selections in the 2020 Draft as the franchise hopes to rebuild itself to where it was just a few years ago.

Given Calais Campbell’s age, and the loss of some key pieces up front over the past few years, the Jaguars need to emphasize a reconstruction of the defensive line, and the quarterback spot probably shouldn’t be ignored altogether in the draft. Also, Josh Allen could use a running mate opposite him on the edge, and the cornerback spot has quickly gone from a position of strength to one in need of an upgrade in Jacksonville.

Brown is a monster of a man with overwhelming power who’ll instantly be a stud when it comes to stopping the run. He’s a very gifted athlete at 6-foot-5 and 320 pounds and did show some improvement as a pass rusher in his final season at Auburn. He’d make a lot of sense in Round 1 if Jacksonville wants to go defensive line early.

Fulton is a light-footed, scheme-versatile corner with impeccable mirroring ability down the field and plus ball skills as the pass is arriving at its target. There’s actually a lot of A.J. Bouye to his game in that he battles on every snap and rarely, if ever just concedes the reception.

On Day 2, the Jaguars may want to find a complementary piece to Allen on the outside, and a lack of elite athletic traits could push this Utah edge defender down on draft weekend. Then again, he’s a master with his hands, can bend the edge tightly, and has an always humming motor at 6-3 and 260-ish pounds. He will be someone to watch at the NFL Combine.