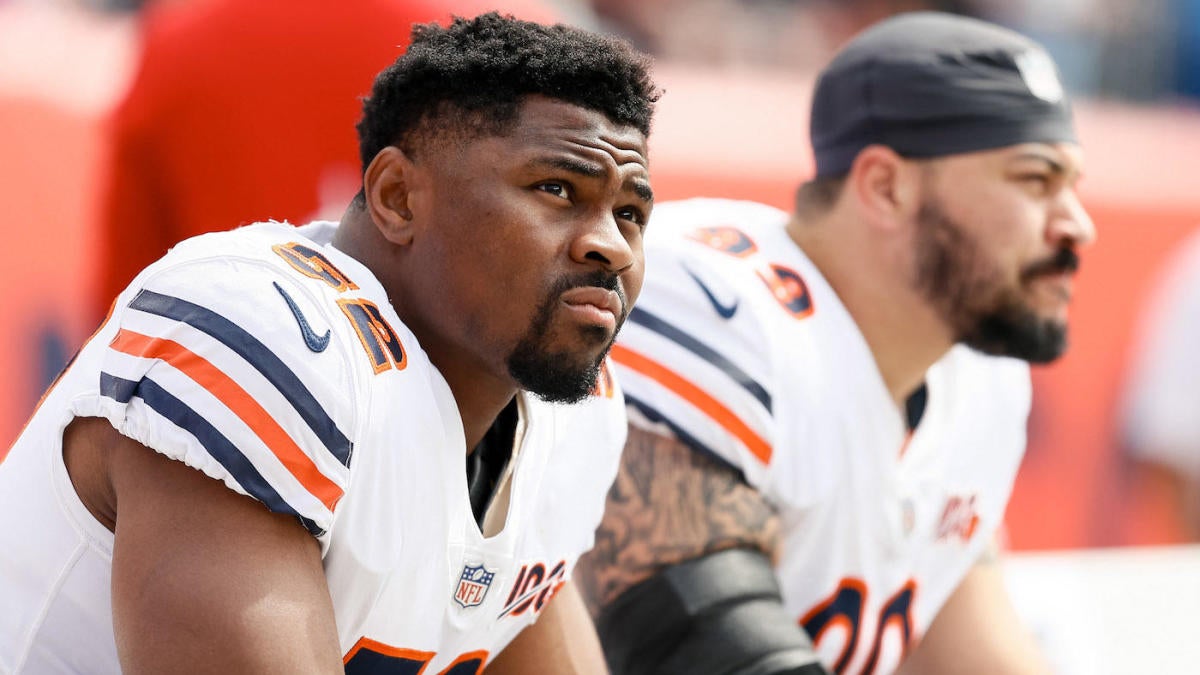 Regression was the name of the game for the Chicago Bears in 2019. Their defense, without defensive coordinator Vic Fangio, took a big step backward. In fairness, they battled through several injuries. Quarterback Mitchell Trubisky left a lot to be desired and the team finished 8-8. Still, many believe there is a really talented roster in ChiTown — especially on the defensive side of the ball. With the correct changes, they will return to contention quickly.

Here’s what you need to know about the Bears and the 2020 NFL Draft.

The biggest offseason storyline that everyone is monitoring in Chicago is whether or not they pursue alternative options at the quarterback position. The play of Mitchell Trubisky has simply not been good enough to get the franchise where they want to be. The most likely outcome is that the team looks for a bridge veteran quarterback to compete with the former No. 2 overall selection. The tight end and right tackle positions should also be a priority.

Wilson has been the counter bookend for coveted lineman Andrew Thomas. The lineman is a hulking figure with great upper body strength. He is pretty quick into pass protection but could do a better job of sealing blocks in the run game. The New York native displays good lateral quickness as well when handling exchanges. There should be a handful of offensive tackle options available on Day 2 and Wilson makes a lot of sense.

Breeland is thinner in frame, which means there is improvement as a blocker. With that being said, he shows great body control and is probably the most fluid athlete among all the potential tight end prospects. The California native snagged six touchdown receptions out of the air this season. He would be an option on Day 2. Trey Burton was solid in the first year of his deal with Chicago but production was underwhelming in 2019.

Barcoo is a long, fluid player. He shows good awareness by squeezing the wide receiver along the sideline and is physical at the line of scrimmage. There is more to learn about him as a player but the initial reports are promising. Barcoo puts himself in a position to make plays and that is evident with the nine interceptions he recorded this season alone. Value is important on Day 3 because the odds of a player contributing diminish drastically. The Bears will ultimately have to make the best selection for themselves when on the clock.