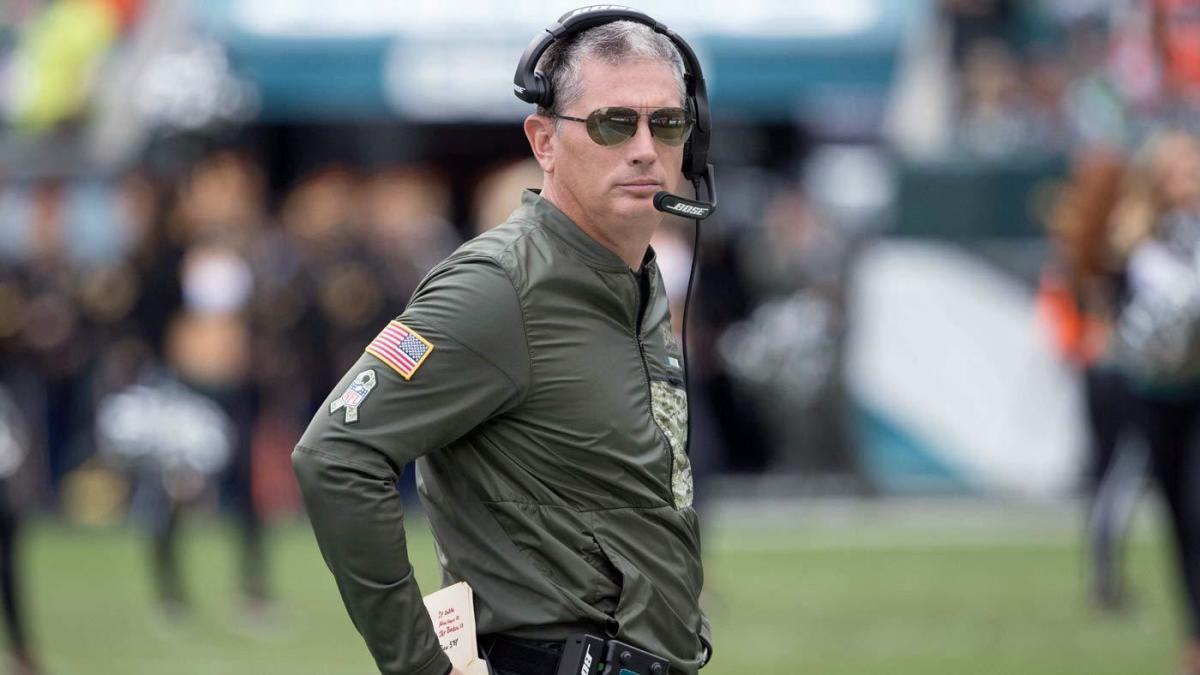 The New York Giants fired head coach Pat Shurmur after two underwhelming seasons. Shurmur finished 9-23 as Giants coach, somehow ending up with a worse record than the coach he was hired to replace, Ben McAdoo (who went 13-15 in his two seasons with the Giants).

New York may be one of the worst teams in the NFC East, but the Giants do have a franchise quarterback in Daniel Jones and one of the best running backs in the NFL in Saquon Barkley. The Giants are retaining general manager Dave Gettleman, who will lead the process in hiring their next head coach.

Will Brinson is joined by Ryan Wilson to discuss the firing of Pat Shurmur on the Pick Six Podcast. Listen below and be sure to subscribe right here for daily NFL goodness.

The Baylor head coach becomes the clear-cut favorite for the Giants job. Rhule, a former Giants assistant offensive line coach (2012), hasn’t been in the NFL since leaving New York, going 47-42 in seven seasons at Temple and Baylor. Rhule revitalized both programs, leading Temple to the American Athletic Conference championship in 2016, the program’s first conference title since 1967. He then took the Baylor job in 2017, leading them to the Sugar Bowl in just three seasons and two seasons after going just 1-11 in his first season.

Rhule interviewed with the Indianapolis Colts a few seasons back and was believed to have been close to landing the New York Jets job last year before a dispute with former Jets general manager Mike Maccagnan, who wanted final say on his hires. Rhule has turned around programs before, which makes him a strong fit for the Giants.

The Giants interviewed McDaniels before they hired Shurmur, so there should still be an interest with Dave Gettleman still around as general manager. McDaniels has spent 11 seasons as the New England Patriots offensive coordinator, serving two different stints. He’s had a top 10 offense in six of the past eight seasons and has won three Super Bowls as the offensive play caller. McDaniels is nine years removed from being fired as the Denver Broncos head coach (11-17 in two seasons) and has turned down several opportunities to return as a head coach. Just 43 years old, McDaniels is a master at grooming quarterbacks, which makes him a fit for the Giants and Jones.

No, Garrett has not been let go by the Dallas Cowboys yet, but his contract does not end until Jan. 14. The Giants have been linked to Garrett before, with reports they would pursue him if he was let go by Dallas. A former Cowboys and Giants quarterback, Garrett served several seasons as offensive coordinator in Dallas before landing the head coaching job in 2010. Garrett is 85-67 in nine seasons with the Cowboys, winning three NFC East title and going 2-3 in the playoffs.

Garrett also has four 8-8 seasons, the second most for a head coach in NFL history (only Jeff Fisher has more) and has constantly underachieved despite the talent the Cowboys had over the past several years. If the Giants pursue Garrett, they are seeking a coach that can groom Daniel Jones into a Pro Bowl quarterback.

The Giants have shown interest in Schwartz before, and were willing to interview him two seasons ago before Schwartz decided to remain in Philadelphia. Schwartz reportedly declined to go to New York after wanting “personnel authority” in dictating what players he wanted to bring in. Schwartz currently has that as defensive coordinator of the Philadelphia Eagles. where he has led Philadelphia to the No. 3 run defense and No. 10 in yards allowed despite all the injuries on his unit.

Stefanski has been with the Minnesota Vikings his entire coaching career, serving the past season as the team’s offensive coordinator after spending the previous two seasons as quarterbacks coach. Minnesota has a top-10 rushing attack under Stefanski and quarterback Kirk Cousins had a career-high 107.4 passer rating in his one season with Stefanski. The Giants wanted to hire Stefanski as their offensive coordinator in 2018, but were defined permission by the Vikings to interview him. Perhaps a head coaching vacancy could lure the rising coaching candidate to New York.