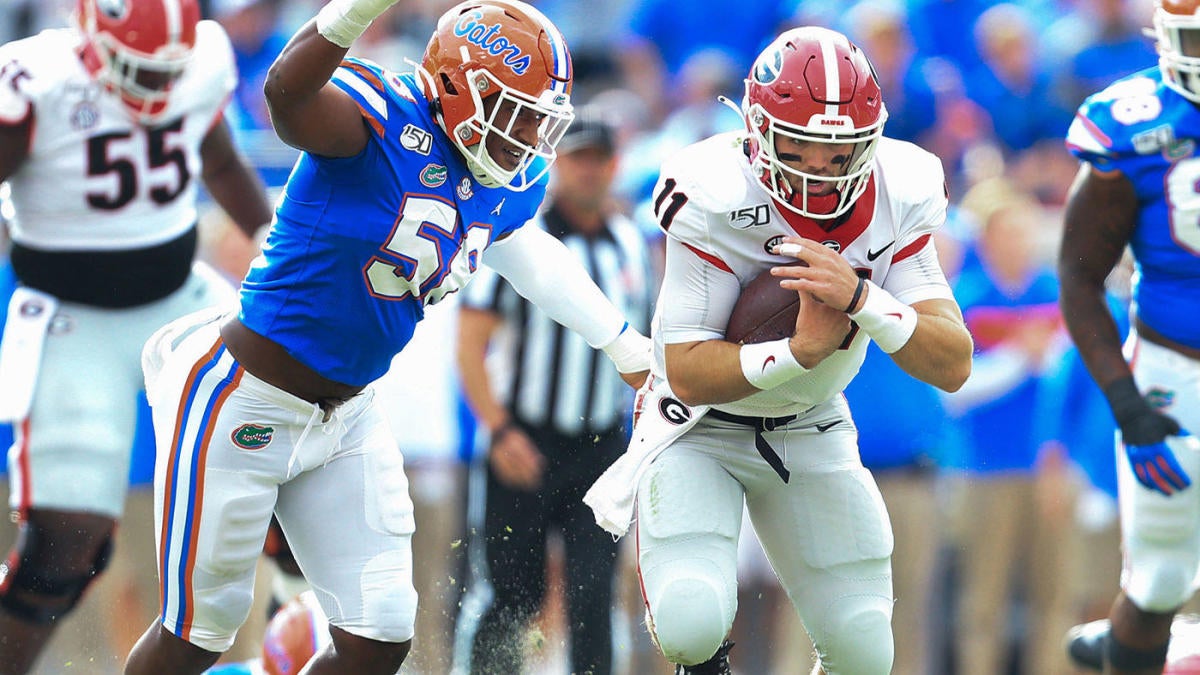 The Cavaliers have a linebacker with the athleticism to handle dime linebacker duties in the NFL, and the Gators have a chiseled edge rusher who might come as a bargain on the second or early in the third day of the draft.

Mack is a 6-foot-2, 230-pound linebacker/safety hybrid, who’s really more linebacker than he is a defensive back. He registered 69 tackles with 7.5 tackles for loss and 7.5 sacks in his senior season with the Cavaliers.

Virginia often uses Mack as a blitzer because of his speed and overwhelming aggression when dealing with blocks. His range to the sideline is above average, but he isn’t a deft coverage player on the second level of the defense. He has one pass breakup and no interceptions in his four-year career in Charlottesville. Mack has the athleticism to be an impact two-down player but would have to significantly improve his route-recognition ability and ball skills to be a full-time player at the next level.

The transfer from Louisville has been a ferocious pass rusher for the Gators this season, with nine tackles for loss and 15 sacks. He also knocked down three passes and forced two fumbles. He doesn’t necessarily play to his listed size of 6-4 and 263 pounds but can convert some speed to power and bends the corner more impressively than most defenders his size.

With more effective hands while in his rush, Greenard can be a productive niche pass rusher at the NFL level because of his athleticism and length on the outside.

The Ole Miss transfer has played a lot of college football in his day, with his first stats with the Rebels being registered all the way back in 2016. While he’s never even reached 550 yards receiving in a single season, Jefferson has noticeable fluidity in his routes and at 6-2 and nearly 200 pounds, and he knows how to beat press at the line of scrimmage.

He was held back by his quarterbacks for the majority of his time at Ole Miss and Florida but has NFL-caliber athleticism and speed and quality size.