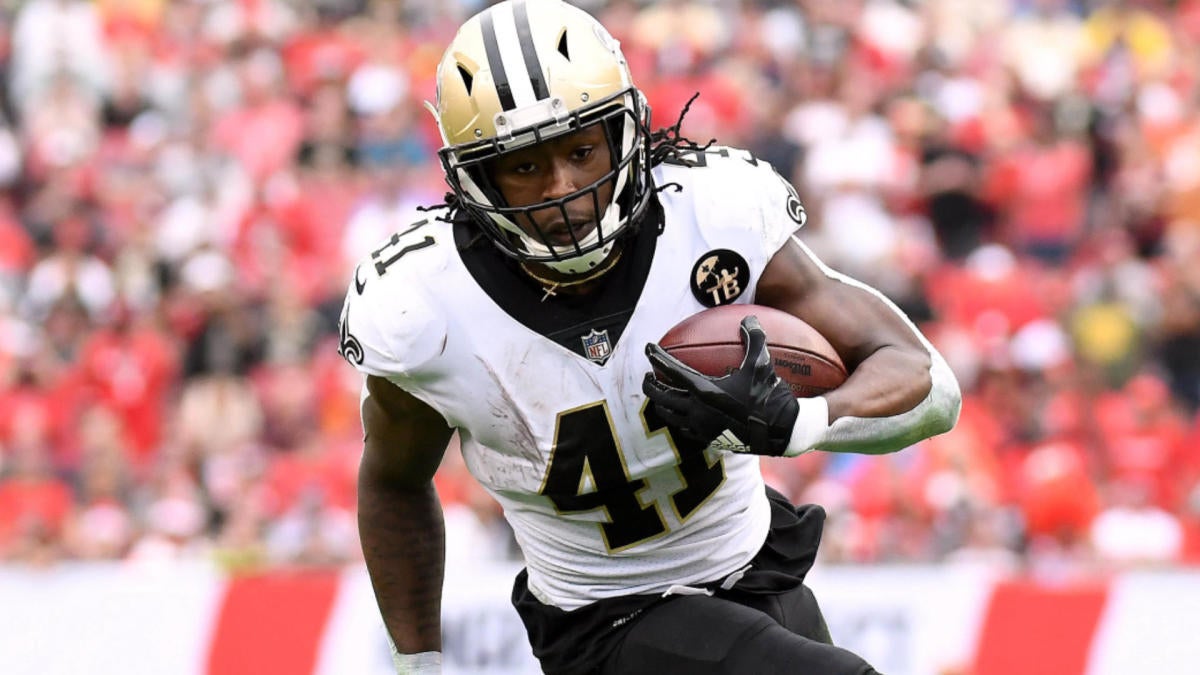 Daily Fantasy football players have some tough calls to make on Wild Card Weekend as the league’s top stars face challenging matchups. Derrick Henry is the highest-priced running back in the Wild Card Weekend NFL DFS player pool at $9,300 on FanDuel and $8,200 on DraftKings, but he brings some risk as he takes on a New England defense that’s giving up just 95.5 rushing yards per game, the sixth-best mark in the NFL. Texans wide receiver DeAndre Hopkins, who’s recorded 1,165 receiving yards and seven touchdowns this season, draws the Buffalo Bills and their second-ranked scoring defense, which is giving up just 16.2 points per game.

Are those players safe to put in NFL DFS lineups, or is there value elsewhere as cheaper players draw more favorable matchups? Before setting your NFL DFS strategy for Wild Card Weekend, be sure to see what Mike McClue has to say. He’s a DFS pro who has won almost $2 million and his top NFL DFS picks, stacks and advice can help you make all the right calls.

Now, he has turned his attention to the Wild Card Weekend NFL DFS player pool and locked in his top daily Fantasy football picks. You can only see them by heading to SportsLine.

One of McClure’s top NFL DFS picks for Wild Card Weekend is Seahawks wide receiver DK Metcalf at $6,100 on DraftKings and $6,200 on FanDuel.

Metcalf is coming off a solid performance against the 49ers, finishing with six receptions for 81 yards and a touchdown. He’s now scored a touchdown in two of his last three outings and has been targeted at least six times in six of his last eight games. Now, the rookie wide receiver has a great chance to produce big NFL DFS numbers on Sunday against an Eagles defense that’s given up 24 passing touchdown this season.

Kamara has bursted onto the scene for NFL DFS owners over the past two weeks. After scoring just one rushing touchdown through the first 15 weeks of the season, Kamara has found the end zone four times over his last two games. On Sunday, Kamara gets a mouthwatering matchup against a Vikings defense that was torched for 154 yards and two touchdowns by Green Bay’s Aaron Jones on Dec. 23. Lock him in as a top NFL DFS pick for Wild Card Weekend and look for a big return against Minnesota.

How to set your Wild Card Weekend NFL DFS lineups

McClure is also targeting a player who could go off for massive numbers this weekend because of a dream matchup. The stars are aligning for him to go for 30, even 40 points on FanDuel and DraftKings. This pick could be the difference between winning your tournaments or going home with nothing.

So who is DFS pro Mike McClure putting in his optimal NFL DFS lineups for Wild Card Weekend? And which player could put up tournament-winning numbers? Visit SportsLine now to see the full optimal tournament and cash game lineups from a professional DFS player who has almost $2 million in career winnings, and find out.