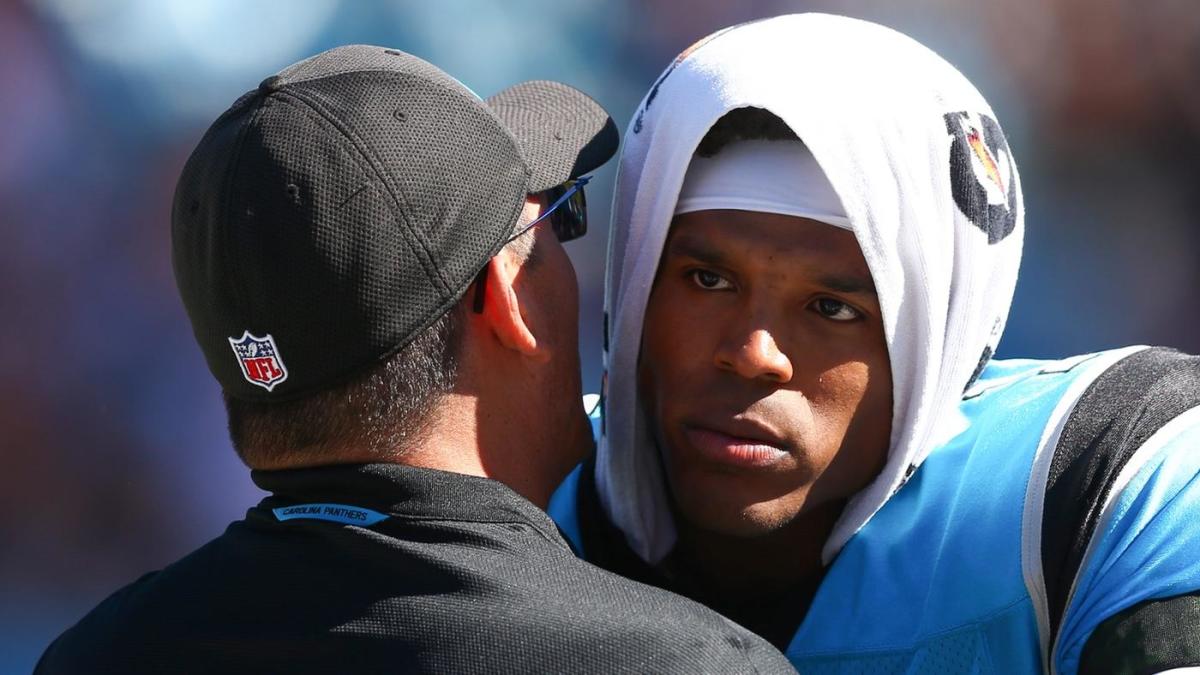 The Carolina Panthers already made the decision to fire longtime head coach Ron Rivera earlier this month, and another big decision to part ways with an important piece of the franchise could be coming in the near future.

Quarterback Cam Newton has just one year left on his current contract, a deal the Panthers could look to unload this offseason. It would be a $21.2 million cap hit for Carolina, but the Panthers could save a total of $19 million in cap space if they cut him or trade him away. Newton was shut down at the end of last season due to a shoulder injury, and played in just two games this season due to a foot injury. He didn’t exactly impress in his two starts, as he completed 56.2% of his passes for 572 yards, zero touchdowns and an interception in losses to the Los Angeles Rams and Tampa Bay Buccaneers.

Former Buccaneers defensive lineman Gerald McCoy spent eight seasons facing Newton, and was his teammate this past year in Carolina. Despite the fact that Newton played in only two games, McCoy understands what Newton brings to this team on and off the field.

On Monday, McCoy said that if the Panthers decide to let a healthy Newton walk, it would be, “the dumbest thing they ever did,” according to Jourdan Rodrigue of The Athletic.

Newton’s accolades speak for themselves. The former No. 1 overall pick is a three-time Pro Bowler, the 2015 MVP and owns dozens of NFL records. The one question, however, is Newton’s health. While he’s expected to recover from his foot injury, his shoulder injury is still something to worry about. Newton did not look like the same quarterback he had been over the last eight seasons in 2019. He changed up his throwing motion in the offseason, but failed to throw a touchdown in two games. Extending him again could be a gamble. According to CBS NFL Insider Jason La Canfora, Panthers ownership was unsure about giving Newton another big extension even before his foot issue. Back in November, Panthers owner David Tepper indicated that all options were on the table when it came to Newton’s future.

Kyle Allen appeared to have a shot as the Panthers’ future quarterback after he won his first four starts under center this season, but he flamed out towards the end of the year and was replaced by rookie Will Grier.

Whoever takes the head coaching job in Carolina is going to have a hand in a big decision that will affect the future of the franchise.