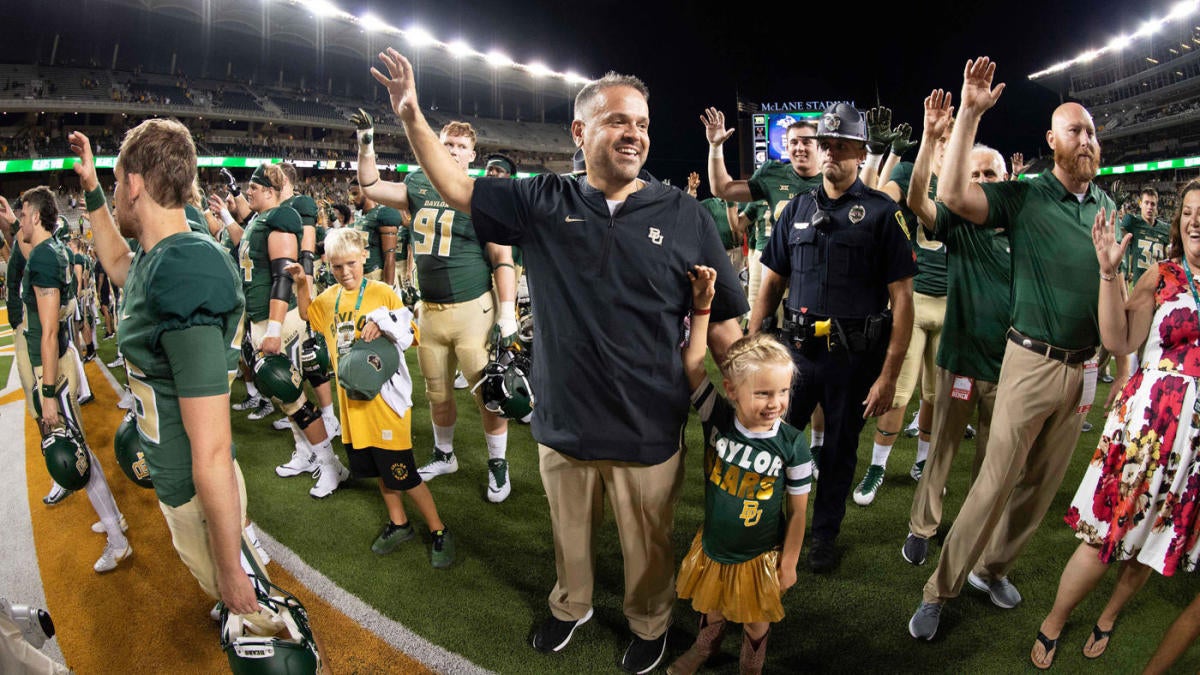 Baylor coach Matt Rhule has long been the subject of NFL interest, and as the NFL coaching carousel starts to spin this week with Black Monday following the conclusion of the regular season, it’s already become a talking point for the team’s players and fans.

When reports started circulating on Sunday that Rhule would be interviewing for the head coaching position with the Carolina Panthers, the news reached Baylor’s players. His name has also reportedly been connected with the New York Giants job, though not as strongly. So before Sunday’s Sugar Bowl practice, Rhule chose transparency over keeping his team out of the loop.

“He said, if he has an opportunity to talk with an NFL team, it would be kinda dumb not to,” linebacker Terrel Bernard said, according to the Dallas Morning News. “Just for him, personally. We have a veteran team, I think all the guys understand where he’s coming from.”

It should be mentioned no one has confirmed the report of the Panthers’ interest in Rhule. But the fact that Rhule took time to open up to his team suggests that he understands his position in this year’s NFL coaching carousel.

In previous comments, Rhule has offered more traditional takes on how he should handle NFL interest, like pointing out that if he’s getting considered for NFL coaching jobs then it’s a great thing for Baylor because it’s likely come as a result of the program’s success. But to come clean early about the process and offer to keep his team in the loop is rare, and it speaks to the confidence he has in the maturity of Baylor’s locker room.

After all, Rhule — like many college coaches over the last decades — probably should listen if an NFL franchise wants to talk about an open position. Interviewing does not guarantee a job offer for Rhule nor does it guarantee that Rhule would accept if offered. Interviewing does offer chances for both sides to make more informed decisions, considering the long-lasting impact that such hires can have on both coach and franchise.

“He just came in there and told us straight up what he thought and what he wanted to do and what was going [on]”  linebacker Jordan Williams said. “He’s just gonna tell us if he makes a decision.”

Rhule is next scheduled to address the media on Tuesday with kickoff against Georgia in the 2019 Sugar Bowl is set for Wednesday night at 8:45 p.m. ET. The Bulldogs are six-point favorites in the contest.