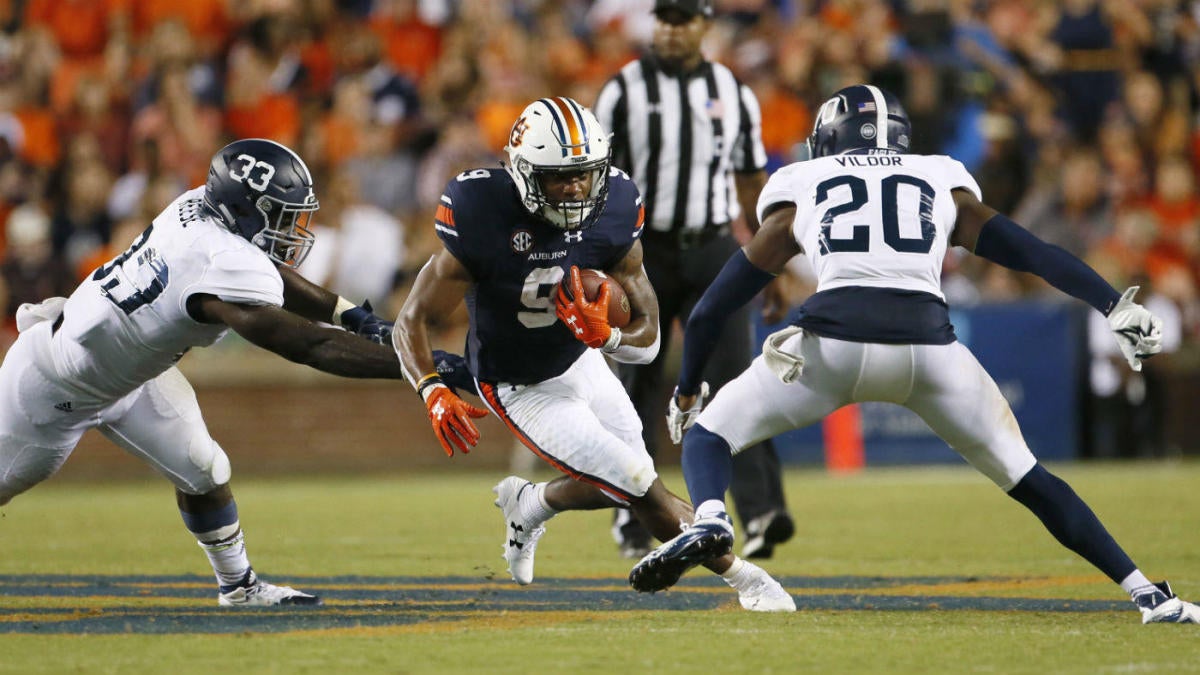 Logan Wilson of Wyoming isn’t going to be a household name during the pre-draft process, but he’s been a consistent, high-level producer for the past three seasons and has NFL-caliber athletic gifts. He’ll take center stage in this year’s Arizona Bowl.

Georgia State has a fun, bouncy running back who will shoulder the load on the ground for the Panthers.

We’re going game-by-game to let you know exactly who you should watch to get ready for the 2020 NFL Draft. You can read more about this matchup and get our expert picks on the game right here.

Barnett is averaging 6.0 yards per carry this season (with nearly 1,400 yards) in a feature back role for Georgia State this year after averaging 5.1 yards per in 2018. He’s small — only listed at 5-foot-8 and 185 pounds — but is a jumpy, twitched up back who’s dangerous in space and runs low to the ground, but Barnett doesn’t have NFL-caliber speed. He’s probably more on the undrafted free agent radar than on Day 3, but a strong pre-draft process would push him up boards.

Wilson’s a fascinating prospect because he’s listed at 6-2 and 250 pounds, but he moves like he’s much smaller. After 111 tackles as a sophomore, Wilson had 99 in 2018 and 98 this past season, but his coverage production improved each every year. Coming into this game, the senior linebacker has four picks and seven passes defended on the season. He isn’t an ultra-powerful block defeater in the run game but often gets to the the ball carrier before the lead blocker can get to him, and his smoothness along with his instincts in coverage — he reads route concepts quickly and attacks — are outstanding.