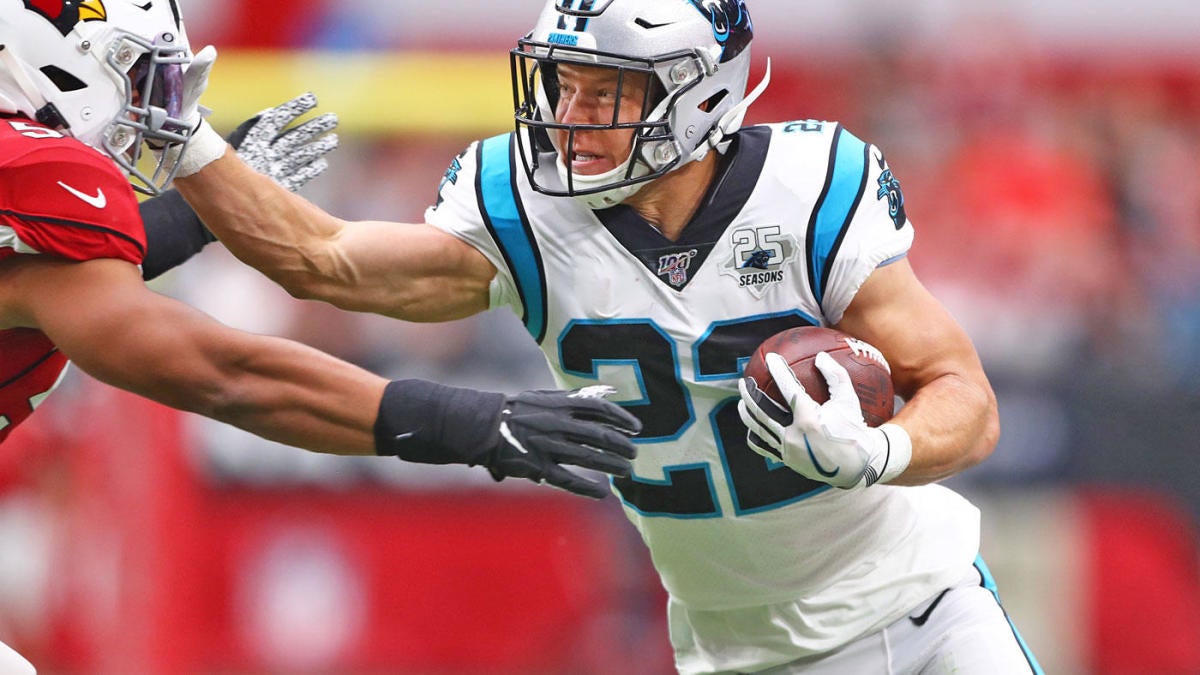 The Carolina Panthers‘ season has been over for a while, despite how great Christian McCaffrey has been in 2019. McCaffrey leads the NFL in yards from scrimmage and all-purpose yards this season, and is on the verge of making history.

McCaffrey is just 67 receiving yards away from becoming the third player to have 1,000 rushing yards and 1,000 receiving yards in a  season, joining Roger Craig (1985) and Marshall Faulk (1999) on the exclusive list. McCaffrey has 1,361 rushing yards and 933 receiving yards on the season, ranking second in the NFL in rushing heading into Week 17. He has 109 catches on the season, becoming the first running back in league history to have two 100-catch seasons. MCcaffrey broke his own record of 107 catches, which was the previous most by a running back in a year, set in 2018.

McCaffrey is just 65 yards away from passing Barry Sanders for fifth (2,358) for most yards per scrimmage in a season and can get up to third with just 97 total yards. To pass Marshall Faulk for second (2,429), McCaffrey needs 136 yards from scrimmage in Sunday’s game against the New Orleans Saints.

McCaffrey has 5,345 yards from scrimmage in his first three seasons, which is the seventh most in league history. He is just 47 yards away from passing Sanders (5,391) and jumping into the top five.

The Panthers may be mired in a seven-game losing streak, but expect McCaffrey to get his fair share of touches as he’s close to having one of the best seasons for a running back in the league’s 100-year history.