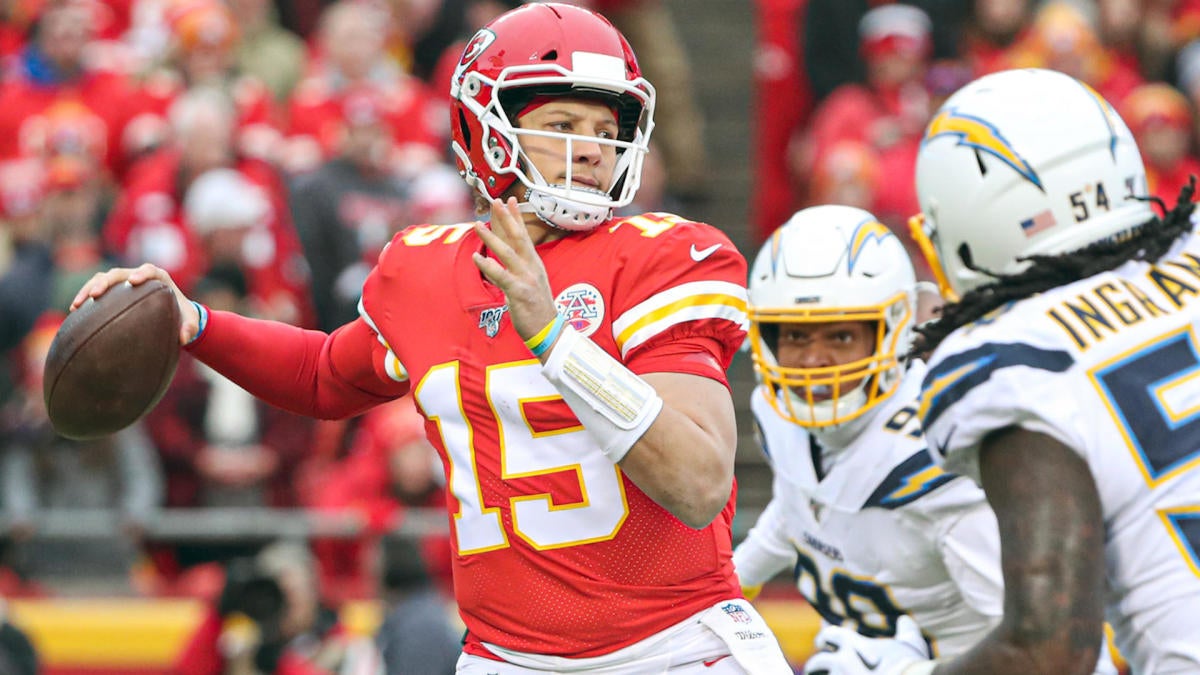 You wanna get nuts? Let’s get nuts! Week 17 started off in wild fashion with a massive shift in the AFC, thanks in large part to the Miami Dolphins doing the unthinkable and beating the Patriots in New England. The result might completely change what happens in the postseason this year, with the Pats now forced to host a wild-card game instead of getting a bye.

Kansas City never could have imagined this scenario: the odds of them winning and the Pats losing were very slim. We’re talking Bill Belichick and Tom Brady at home against a Dolphins team many people thought were tanking to start the season. But now the Dolphins have hope and the Chiefs should feel like they stole a playoff win. They were roughly 7-1 to win the Super Bowl before this game, those odds should drop dramatically knowing Kansas City simply needs to win two playoff games, one at home, to get to the Super Bowl.

It’s really hard to overstate the importance of these two outcomes. Before Week 17, the Pats had a 26 percent chance of winning the AFC according to SportsLine simulations. Now they have just a 13 percent chance. The Chiefs jumped from 16 percent to 30 percent. It’s a massive, season-altering swing of events.

On the NFC side of things, the Packers mounted a furious comeback to secure a bye and the 49ers took care of business against the Seahawks on Sunday night to get homefield advantage.

The Chiefs beat the Chargers and watched, stunned, as it was revealed the Patriots had lost to the Dolphins. The victory is enormous for the Chiefs: it means they will not play on Wild Card Weekend and it means if someone can upset the Ravens, they could end up hosting the AFC Championship Game. The Chiefs had to have come in thinking they would end up as the No. 3 seed at absolute best.

The Patriots … LOST TO THE DOLPHINS. Unbelievable. That’s an utterly disastrous loss for New England, because the Pats will now not have a bye and will be playing on Wild Card Weekend. New England, with the loss, needs to win three times to get to the Super Bowl, something they have not done in quite a while. Their first chance will come against either the Titans, Raiders or Steelers next weekend.

The Texans sat their guys and lost to the Titans, but it wasn’t going to matter anyway.

The Bills were locked into the No. 5 seed no matter what happened on Sunday, rendering their Week 17 game against the Jets meaningless. If you were forced to watch one minute of it, I am so sorry.

The 49ers secured the NFC West and homefield advantage throughout the playoffs by beating the Seahawks on Sunday night in a thrilling game.

The Packers looked lethargic all day long and then all of a sudden decided to steal a win from the Lions. In doing so, Green Bay secured at minimum a first-round bye. Green Bay will be the No. 2 seed, losing the head-to-head tiebreaker to the 49ers.

The Saints annihilated the Panthers on Sunday afternoon but wind up the third seed behind the 49ers and Packers as a result of losing tiebreakers.

The Eagles took care of business against the Giants to secure the NFC East title and earn a home game in the playoffs.

The Seahawks lost to the 49ers on Sunday night, making them the No. 5 seed. They had the division in front of them and couldn’t close it out.

The Vikings played their backups and nearly messed around and beat the Bears. It didn’t matter though — once Minnesota lost to the Packers last Monday, they were relegated to no better than the No. 6 seed.