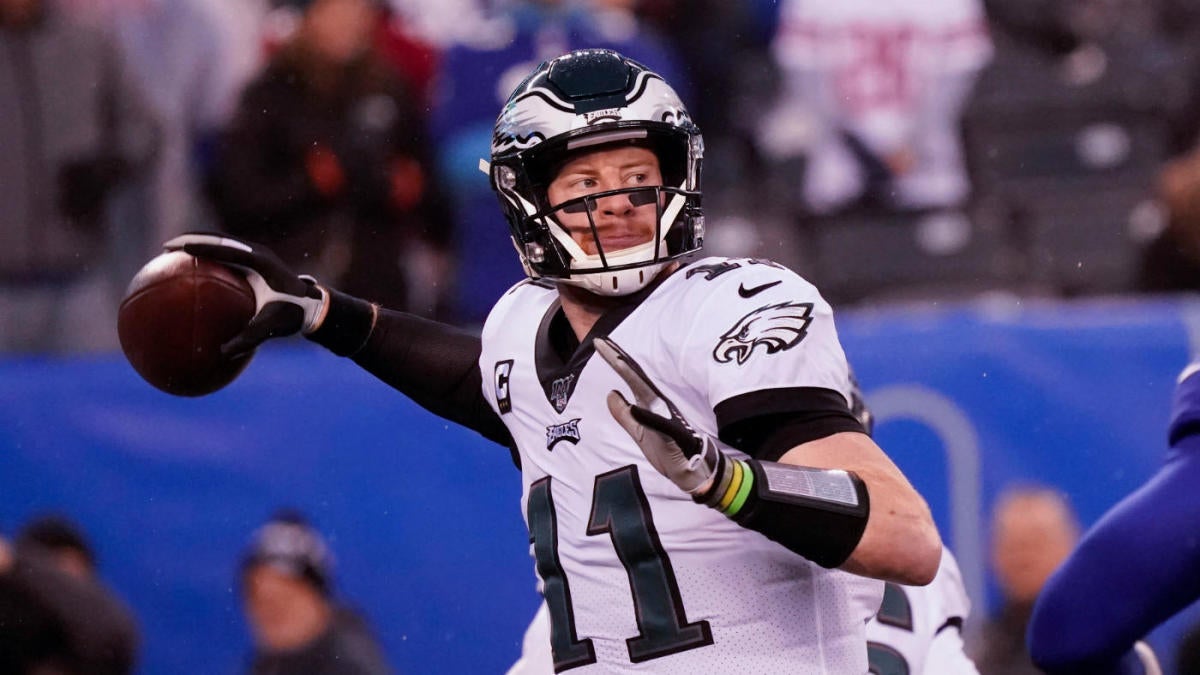 EAST RUTHERFORD, N.J. — More than anything on Sunday night, Carson Wentz was grateful.

The 9-7 Philadelphia Eagles had just beaten the Giants, 34-17, won the NFC East and secured the fourth seed in the NFC playoffs just before Wentz could reflect on what it all took. All the injuries to skill position players and across the offensive line. Inexplicable losses peppered throughout the season. Battles with his own health this year but, more broadly, throughout his career.

The Eagles are going to the playoffs for the third straight year but for the first time with Wentz at the helm in January. Wentz is finally playing meaningful football in late December, and when his team needed him to win games to get to the postseason, he did it with the most rag-tag group in all the NFL postseason this year.

“I just think that makes it that much sweeter,” Wentz said. “That guys have been — obviously you don’t want injuries, you never want to deal with injuries, but it’s part of football. For a lot of these guys, coming from a practice squad, being young, the journeys that they’ve been on — makes this that much sweeter to be a part of guys doing this stuff and doing something special.”

True NFL fans — hell, true NFL reporters — would struggle to identify some of Wentz’s targets from Sunday night. The Eagles were without Zach Ertz against the Giants, just like they’ve been without Alshon Jeffery and Nelson Agholor. Deontay Burnett, he of four NFL teams by age 22, caught two passes for 48 yards. Tight end Josh Perkins, active for all of five games this season, hauled in four passes for 50 yards.

That’s in addition to Greg Ward and Boston Scott, who you all found out about a solid three or four weeks ago and who Sunday combined for 10 catches for 127 yards.

“Yeah, I mean,” Malcolm Jenkins started, “we look at our starting receivers, some of the guys, you just learned their name probably a few days ago.”

Someone named Robert Davis, who allegedly was on Philadelphia’s practice squad all season and who also apparently was brought up to the active roster earlier this month, told me he doesn’t pay attention when people say Wentz had no one to throw to.

“Obviously as individuals and competitors we see ourselves as great receivers and great players,” Davis says. “We don’t really see it as us being the underdogs. We always try to go out there and dominate. For us to be able to go out here and get a victory and get it done however we had to do it.

“It says a lot about the fight of this team and the sticktoitiveness. Not ever letting the dark times of the season affect how you move forward. This team is always going to fight.”

This is an Eagles team that was down two scores late in the third quarter of their Week 14 game against the Giants, without their Pro Bowl right tackle due to a high-ankle sprain, at 5-7 on the season, coming off a terrible road loss to the Dolphins.

They rattled off four straight wins — something they haven’t done since that magical 2017 season — to get here. And no one has been more crucial to this run than Wentz, whose play since the second half of the first Giants game has been remarkable.

He’s shown leadership both on the field during games and on the practice field and meeting rooms. Wentz has admitted he needed to work on being a better leader and teammate, and it showed this December.

“You’ve seen it here now the last couple of games, how he’s really just put the team on his back and said, ‘Hey, follow me,’ and I think that’s a sign of growth and a sign of maturity,” head coach Doug Pederson said. “I spent eight years in Green Bay with Brett Favre and that’s what Brett did. Brett just put the team on his back when the chips were against us and he said, ‘Hey, follow me,’ and that’s what Carson can do.

“The guys really, and I have so much faith and trust in him that I can call almost any play and he’s either going to make that one work or he’s going to get us into a better play and so he’s really grown up that way and really matured that way in this league and just really turned into a pro.”

“I can’t say it enough. I’m grateful to be healthy,” Wentz said. “I think the last few years they give you time to reflect and think about this. There’s moments like this that I definitely don’t take for granted, that I’m very grateful to be out there with my guys. We’re playing in January and I’m very thankful for that.”