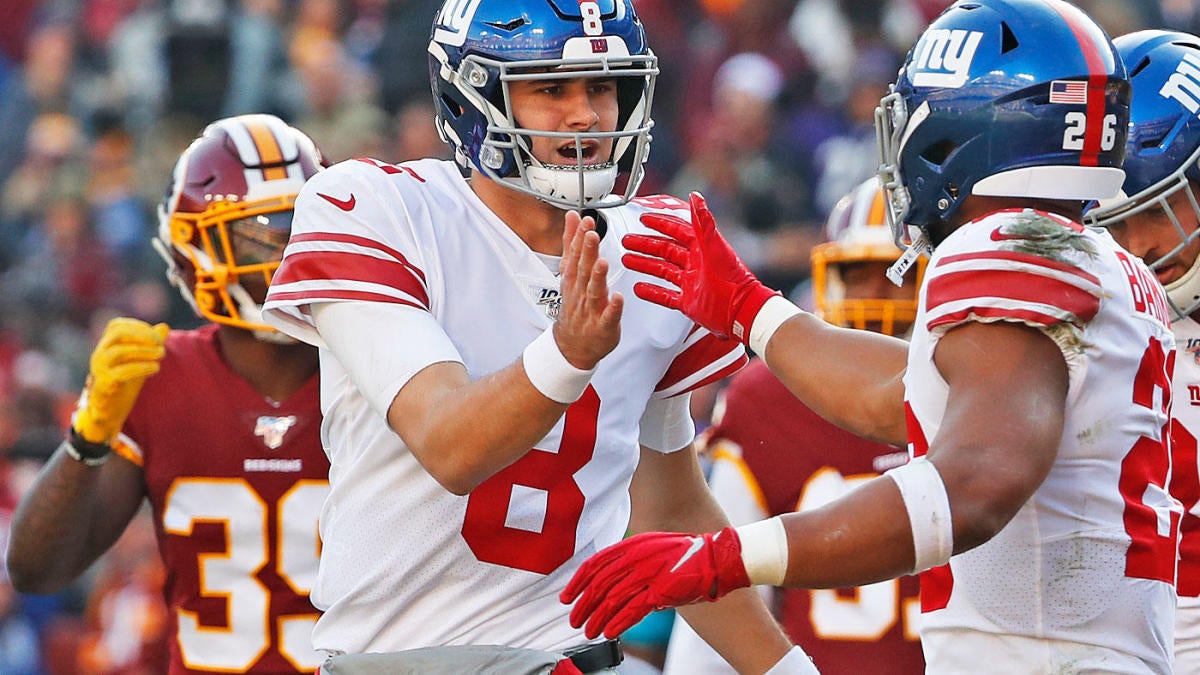 It was a year of transition for the New York Giants. The franchise parted with star wide receiver Odell Beckham Jr. and safety Landon Collins before ushering in a new era with rookie quarterback Daniel Jones. The 2019 regular season likely served as the last for Eli Manning with the Giants organization. His late season starts felt more like a farewell tour than a veteran quarterback routinely returning to the starting lineup. The moves may not be limited to him, however. Ownership will certainly consider their options as it relates to head coach Pat Shurmur and general manager Dave Gettleman.

Here’s what you need to know about the Giants and the 2020 NFL Draft.

The Giants sent a 2020 third-round pick to the Jets in a deal for Leonard Williams and picked up a seventh-round pick by sending Eli Apple to New Orleans.

Rookie edge rusher Oshane Ximines flashed at times this season but the team needs a more consistent threat. Gettleman reportedly attempted to trade up for Kentucky’s Josh Allen a year ago but found no suitors. A two-game winning streak over the Miami Dolphins and Washington Redskins likely takes the Giants out of the running for Chase Young as well. New York may be pressed to fix a glaring weakness at left tackle, cornerback or linebacker early in the draft.

Ohio State has produced some great cornerbacks recently with Marshon Lattimore and Denzel Ward. The NFC East team may be afraid to re-visit the well that produced former No. 10 overall selection Eli Apple, however. Okudah is a fluid mover with great footwork. Fans who tuned into the College Football Playoff semifinal are well aware of his talents by now. The hope is that DeAndre Baker continues to develop as a player then Okudah would step into a role vacated by veteran Janoris Jenkins. Georgia offensive tackle Andrew Thomas might be another tempting option early in the 2020 NFL Draft.

The Giants had three first-round selections a year ago following the trade of Odell Beckham and an effort to get back into the bottom of the first round for Baker. New York may be required to move up a bit but Leatherwood should be in its range. The Alabama product is a big, strong player that plays the game with aggression. His anchor does not drag much in pass protection. Leatherwood played left tackle but could realistically play either end.

Divinity had an unorthodox season. He was producing at a high level for the Tigers over the course of the first five games before being ruled ineligible. He left the team and did not return until November. The Louisiana native moves well and does a good job containing the edge but he needs to do a better job of finishing tackles. New York needs some help at linebacker. Divinity is a potential high impact player on Day 2 but he comes with his share of question marks.