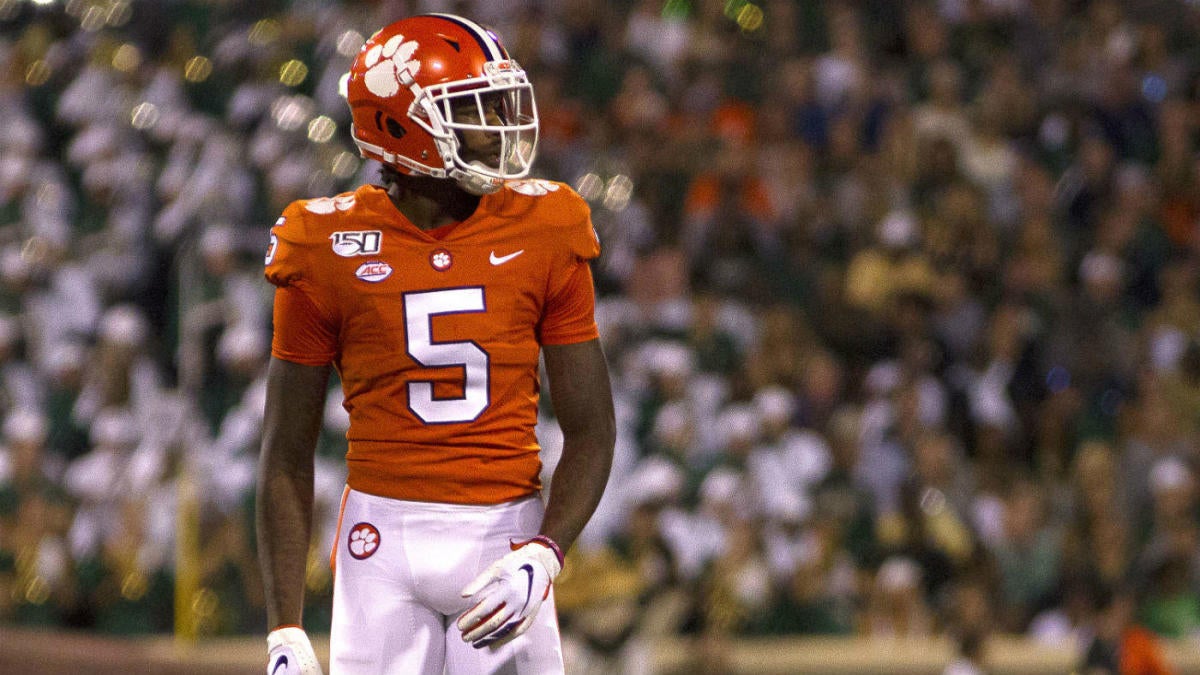 With Ohio State edge rusher Chase Young and Clemson linebacker Isaiah Simmons on the field in this year’s Fiesta Bowl, one of the College Football Playoff Semifinals, we’ll be watching two sure-fire top-10 picks in the 2020 NFL Draft — should they declare.

As two of the country’s top programs, when Clemson and Ohio State square off, it’s not a surprise that we’ll see top selections and an assortment of soon-to-be drafted players in this contest.

Young is a lab-created prospect with the incredible hand use of the Bosa brothers at the size and length of Myles Garrett. He’s been unblockable the past two seasons at Ohio State and doesn’t turn 21 until a few weeks before the draft. Young’s 2019 was magical with 16.5 sacks and 21 tackles for loss. He can win with speed, power, or super-efficient counter moves. He’s not incredibly bendy around the edge but is far from stiff. Young is the slam dunk pick we expect to see immediately after Joe Burrow to the Cincinnati Bengals.

If you just watch Okudah’s feet, you’ll think you’re watching a nimble slot corner. While he’s as dynamic as a top slot prospect, Okudah is over 6-foot and weighs around 200 pounds with outstanding length and stellar ball skills. He had three picks and seven pass breakups on the year. He’s aware when the ball is arriving and routinely makes a play on it. He’ll likely be one of the first two cornerbacks off the board and most likely a first-round pick.

After a huge freshman season in 2017, Dobbins had somewhat of a down 2018 but erupted for 20 touchdowns and over 1,800 yards on the ground at 6.5 yards per attempt. At 5-10 and nearly 220 pounds, Dobbins a compact runner with good power and contact balance and explosive footwork. He’ll be one of the first running backs off the board in the 2020 Draft.

Hill’s steadiness over a three-year period as a regular contributor at Ohio State will make him a hot commodity on the second or third day of the 2020 Draft. He has at least 500 yards in 2017, 2018, and 2019 and has upped his touchdown total every year. The 6-0, 195-pounder is a possession wideout from the slot with sharp route-running ability. He’s averaged 11.6 yards per grab in his Buckeye career, which indicates how he’s been used and his likely role in the NFL.

Harrison will be sought after prospect for teams looking for a new-age strongside linebacker strong enough to set the edge against the run, rush the passer a bit, and sink into coverage without looking totally out of place. The 6-3, 240-pound prospect had 3.5 sacks, 16 tackles for loss and 69 total tackles this season for Ohio State. He has solid range and an always humming motor. He’s not a coverage extraordinaire and doesn’t need to be.

Like Hill, Arnette’s long-standing production in college will be near the top of his resume as he enters the NFL. He’s registered 21 pass breakups over the past three years in Columbus and has good size at 6-0 and nearly 200 pounds. After a strong 2019 in his redshirt season, particularly in man coverage, Arnette received a Senior Bowl invite. While he’s not as light-footed as Okudah, his length allows him to disrupt at the line and he plays the ball extremely well as it’s arriving at its target.

Higgins has otherworldly ball skills at 6-4 and 215 pounds with long arms. He’s silky smooth betting press at the line of scrimmage and runs his routes like he’s much smaller and glides down the field. He had 12 touchdowns at nearly 16 yards per grab in 2018 and led the Tigers with 1,082 yards at 20.8 yards per grab with 12 scores as a junior. He’s a first-round lock.

Simmons was built to play linebacker in today’s NFL at 6-4 and 225 pounds with safety range and an incredibly large tackling radius. While he’s not a technician when it comes to defeating blocks at the point of attack, his combination of coverage skills and range toward the sideline will make him a stat-sheet filler in the NFL, just like he’s been at Clemson. This season, he has 93 tackles, 14.5 tackles for loss, seven sacks, two picks, and six pass breakups. Look for him to blow the roof off Lucas Oil Stadium at the 2020 Combine.

Etienne has looked like a future NFL featured back since he walked onto the Clemson campus. He’s averaged a ridiculous 8.0 yards per attempt over 493 carries in his three-year career with the Tigers to go along with 54 rushing scores, and he’s posted back-to-back seasons hitting the 1,500-yard mark on the ground. Etienne is an electric but powerful slasher with great contact balance, instant burst, and serious long speed. He’ll be one of the first three backs off the board.

Simpson is a very experienced interior blocker with a nice combination of power, mean streak, and agility to get out on screens and when needing to execute combo blocks for the run game. At 6-4 and 330 pounds, he has NFL size right now and isn’t overwhelmed when facing large, powerful interior rushers. He has a good chance to be one of the first offensive guards selected in this upcoming draft class.

Anchrum’s a unique prospect at 6-2 and 315 pounds with experience at right tackle for the Tigers. While we normally think of tackles as the lengthy athletes on the perimeter, occasionally, the shorter, stockier tackles can win routinely because of their natural advantage in the leverage department. The latter perfectly describes Anchrum. While not a dancing bear athletically, his kick slide is very under controlled and balanced.

Terrell’s numbers aren’t gaudy — one pass breakup and two picks in 2019 — but the 6-1, 190-pound perimeter corner didn’t see many targets this season because of his glue-like abilities in man coverage.