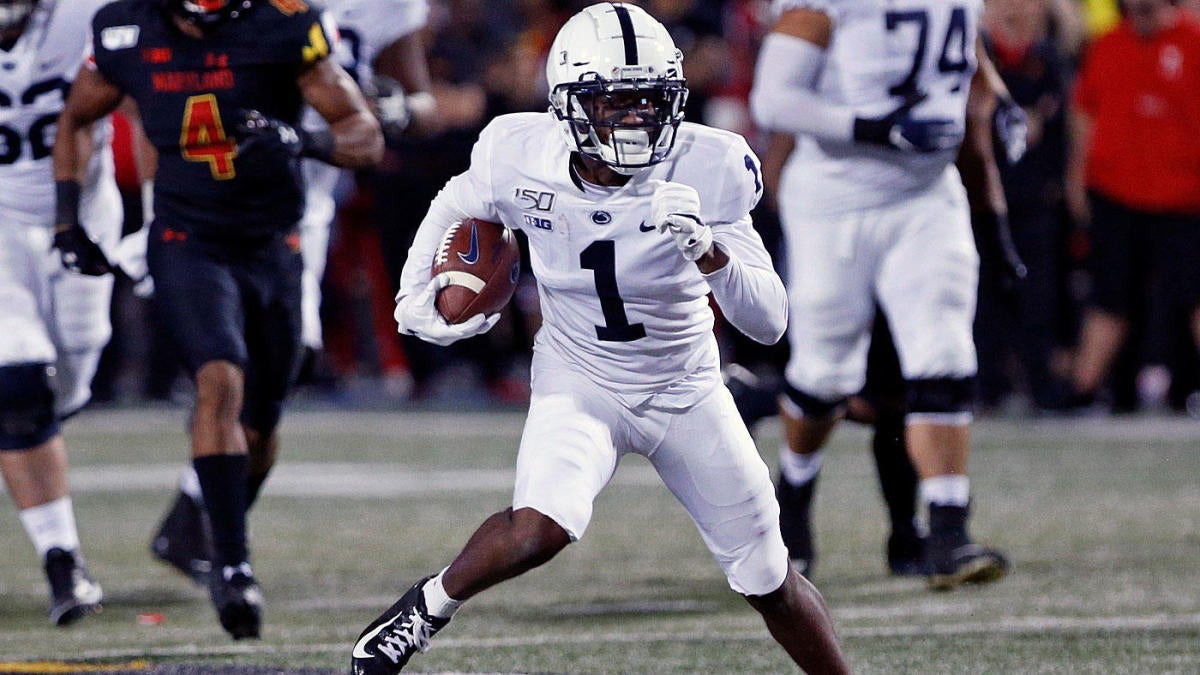 K.J. Hamler and Antonio Gibson are differently sized receivers, but they’re both big-play targets who’ll be featured prominently in this year’s Cotton Bowl between Penn State and Memphis.

Beyond watching those pass catchers, don’t forget about Nittany Lions edge rusher Yetur Gross-Matos, who’s likely going to hear his name called in the first round in a few months.

Gibson reeled in 32 passes for 636 yards (19.9 per) with eight scores on the season, and being that type of deep threat at 6-2 and 221 pounds will make him an interesting prospect on the third day of the draft. His hips are a little tight, but he’s dynamic the moment he catches the football and his catch radius is huge. There’s obviously some juice in his downfield speed as well.

Gross-Matos is a monstrous specimen on the edge at 6-4 and around 265 pounds with a frame that looks like it could carry another 10 or 15 pounds comfortably. His long arms work wonders for him around the corner and after a highly productive 2018 — 20 tackles for loss, eight sacks — YGM actually improved his draft stock despite lower tackle-for-loss numbers this season because his pass-rushing moves developed and he showed awesome bend around the edge. He’s bound for the first round.

Hamler is only a redshirt sophomore but there’s buzz about him entering the 2020 Draft. He’ll enter this game with 858 yards on 54 grabs (15.9 yards per) with eight grabs. Listed at just 5-9 and 176 pounds, Hamler will play in the slot in the NFL but has legitimate slot-receiver twitchiness and his acceleration down the field is special. He’s the type of consistent separation receiver seemingly en vogue in the NFL today.