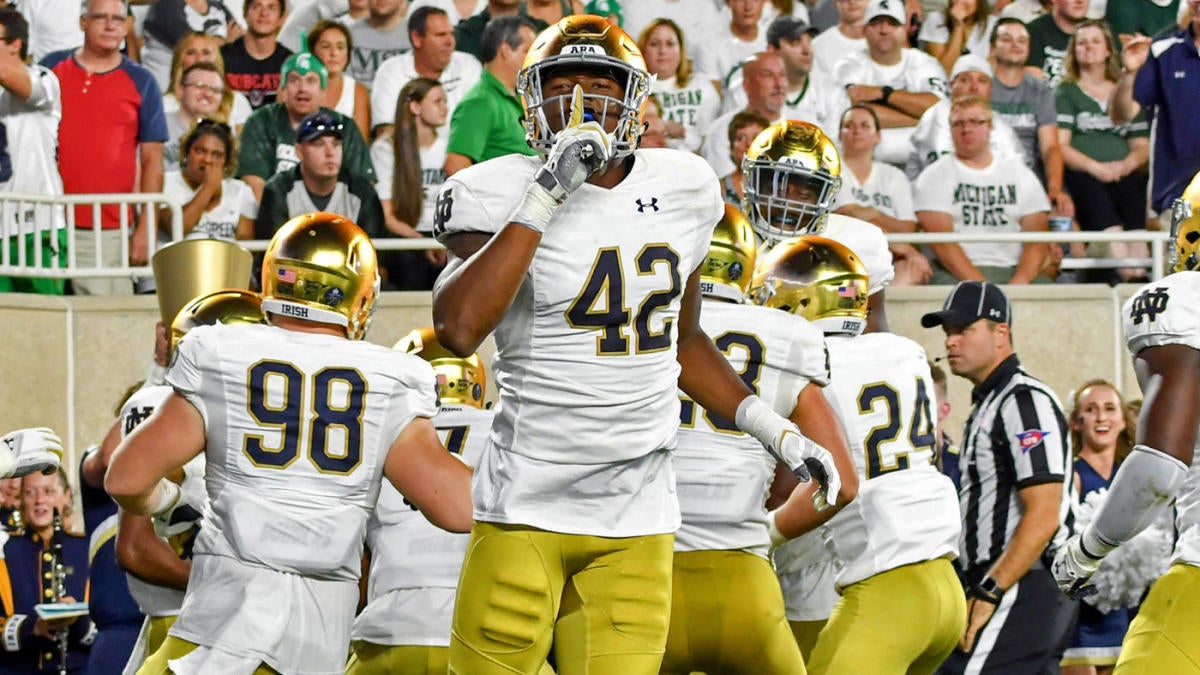 The Camping World Bowl began as the Blockbuster Bowl in 1990. Both of these teams are making their first appearance in the game. Although Notre Dame is not where it wanted to be at this time of the year, it has an opportunity to end its season on a positive note.

The MVP history of this game is quite impressive: Russell Wilson, Philip Rivers and Teddy Bridgewater have all won the award. Rivers actually won it twice. Another notable MVP winner: Kliff Kingsbury, who is now the head coach of the Arizona Cardinals.

There are several NFL prospects to know in this game and we’ve got you covered. You can read more about this matchup and get our expert picks on the game right here.

Okwara is a high upside prospect. He has great speed and determination. The North Carolina native looks fluid in coverage and has done a much better job setting the edge in the run game this season. While the speed rush is his bread and butter, Okwara will need to develop and refine his other pass rush moves in order to reach his potential. Currently, when his initial rush is stopped, he does not have a strong counter move to pull out of his saddlebag.

Most NFL talent evaluators will likely view him as a Day 2 selection but it would not be a surprise if he were taken higher based on his potential.

Spears is an undersized linebacker prospect. He would need to be able to play sideline to sideline in order to justify a roster spot. The senior is not the strongest and he does not get off blocks well. Coverage is not a strength either. The Kansas native does change directions fairly well though. There might be a spot for him on a roster in today’s NFL with defenses more frequently looking for hybrid linebackers who can hold up in pass coverage.

Notre Dame tight end Cole Kmet looks a lot like Rob Gronkowski as a prospect. Fans will have to wait another year for him to become available, however. He has already announced that he will return for his senior season. The Irish have a lot of talent on defense. Cornerback Troy Pride is a solid prospect when considering his comfort in a backpedal and fluid hips. Pride needs to clean up his footwork a bit and he has no interest in contributing in the run game. Edge rusher Khalid Kareem was not overly impressive in 2018 but he has improved his play.

Senior quarterback Ian Book has a really entertaining style of play as well. Wide receiver Chase Claypool is a go-to receiver in critical situations such as third down or in the red zone. He has good hands and size with which is difficult to contend. There are a handful of other potential draft prospects in South Bend, as well.

The Cyclones’ best prospects are a sophomore (linebacker O’Rien Vance) and an edge rusher who has already announced that he will return next season (JaQuan Bailey). Iowa State cannot offer much in terms of 2020 NFL Draft talent, but it’s a scrappy team with a great head coach — Matt Campbell.