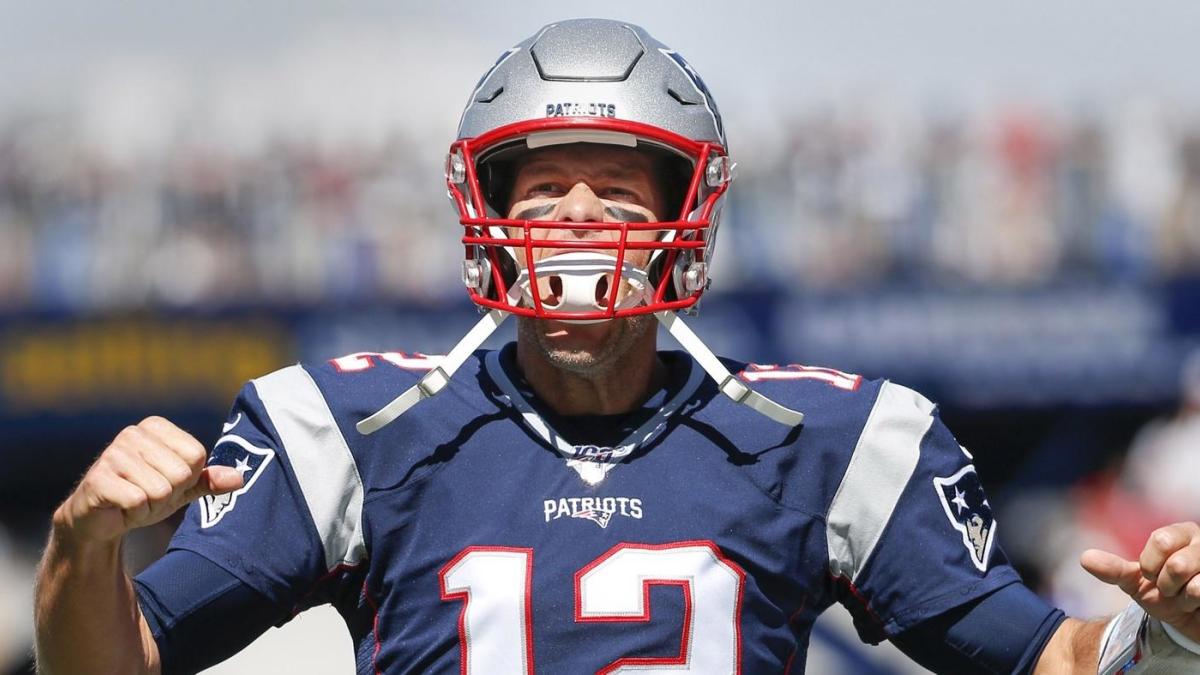 Tom Brady is arguably the greatest quarterback in the 100-year history of the National Football league, so it was no surprise the New England Patriots signal-caller was named first among the 10 quarterbacks on the league’s 100th-anniversary team Friday night. Brady, who has a league-record six Super Bowl championships, was voted to the team by a panel of 26 former league executives, front office members, players, coaches and media.

Brady and Joe Montana were the first two quarterbacks named to the team. Montana is one of the best postseason quarterbacks in NFL history, going 4-0 in Super Bowls while throwing for 11 touchdowns with no interceptions.

Here’s a look at the 10 quarterbacks selected to the NFL’s 100th anniversary All-Time Team:

Tom Brady: The winningest quarterback in NFL history (218 victories), Brady is the first NFL player to win six Super Bowl titles. A career 30-10 record in the postseason, Brady has lead the Patriots to the AFC Championship Game 13 times and the Super Bowl nine times. His 14 Pro Bowl appearances are tied for most in NFL history and his 13 division titles are the most for a quarterback in league history. Brady has won three NFL MVP awards and four Super Bowl MVP awards. He’s second all-time in pass yards (74,350) and touchdown passes (539).

Joe Montana: A Pro Football Hall of Famer, Montana led the San Francisco 49ers to four Super Bowl titles, which is tied for the second-most among quarterbacks in NFL history. Montana won three Super Bowl MVP awards and has a 127.8 passer rating in the Super Bowl (11 touchdowns, no interceptions), the best in the game’s history. Montana finished with a career record of 117-47, throwing for 40,551 yards and 273 touchdowns with a passer rating of 92.3. He led the NFL in completion percentage five times, made the Pro Bowl eight times, and was NFL MVP twice.

Peyton Manning: A two-time Super Bowl champion and five-time NFL MVP (a league record), Manning retired as the NFL’s all-time leader in passing yards (71,540) and passing touchdowns (539). Manning threw for seven touchdowns in a game, one of just eight in league history to do so. Has the NFL single-season record for passing yards (5,477) and touchdowns (55). A seven-time first-team All-Pro, Manning led the NFL in passer rating and passing yards three times and is the only starting quarterback to win a Super Bowl with two different franchises.

Otto Graham: Arguably the winningest quarterback in NFL history, Graham led the Cleveland Browns to the division/league title game in all 10 of his seasons, winning seven times. Graham won three NFL titles and retired with a a 57-13-1 career record (.810 win percentage). The Pro Football Hall of Famer made five Pro Bowl and was a first-team All-Pro seven times. Graham led the league in completion percentage four times, passing yards five times, and has the league record with 8.6 yards per pass attempt.

Brett Favre: With a Super Bowl title and the NFL-record 297 consecutive starts to his name, Favre left the game as the all-time passing leader in yards (71,838) and passing touchdowns (508). His 186 wins were also the NFL record before being surpassed by Tom Brady. Favre is the only player in league history to win three consecutive MVP awards and was a three-time first-team All-Pro. He led the NFL in passing yards twice and passing touchdowns four times, earning 11 Pro Bowl selections.

Dan Marino: Marino revolutionized the game even though he did not win a Super Bowl. He was the most prolific passer in NFL history when he retired after the 1999 season, as the all-time leader in completions (4,967), attempts (8,358), pass yards (61,361), and passing touchdowns (420). Marino became the first player to throw for 5,000 passing yards (1984) and the only player to do so in the 20th century. Marino was a nine-time Pro Bowl selection and three-time first-team All-Pro, winning the league MVP in 1984.

Johnny Unitas: One of the greatest quarterbacks in the league’s first 50 seasons, Unitas retired in 1973 as the NFL’s all-time leader in pass yards (40,239) and passing touchdowns (290). He threw at least one pass touchdown in 47 consecutive games, a record that stood for 52 years. Unitas led the league in passing yards four times and passing touchdowns four times, and led the Colts to the 1958 and 1959 NFL Championships as well as the Super Bowl V title. Unitas earned 10 Pro Bowl selections and was a first-team All-Pro five times, winning three MVP awards.

Sammy Baugh: A two-time NFL champion with the Washington Redskins, Baugh revolutionized the quarterback position in the 1940s. Baugh led the league in completion percentage eight times, passing yards four times and touchdowns twice. Baugh was a six-time Pro Bowl selection and four-time first-team All-Pro. The two-way star led the league in punting five times and had 11 interceptions in 1944.

Roger Staubach: One of the winningest quarterbacks in Dallas Cowboys history, Staubach won two Super Bowl titles with the Cowboys and is one of six quarterbacks to start four Super Bowls. Staubach’s 83.4 passer rating was the highest in NFL history when he retired. Staubach led the NFL in passer rating four times and earned six Pro Bowl selections, and was the NFL Man of The Year in 1978.

John Elway: The 1987 NFL MVP won Super Bowls in his final two seasons with the Denver Broncos. Elway only led the league in passing yards once, but was selected to the Pro Bowl nine times and finished his career with 51,475 yards and 300 touchdowns, which ranked second and third (respectively) at the time of his retirement. The NFL Man of the Year in 1992, Elway led the Broncos to five Super Bowls. He added 3,407 yards and 33 touchdowns on the ground and compiled a 14-7 postseason record, winning his final seven playoff starts.

Here are three notable snubs at quarterback from the NFL 100 All-Time Team:

Sid Luckman: One of the greatest quarterbacks of his era, Luckman became the league’s first great quarterback to run the offense out of the T-formation. Luckman led the NFL in passing yards and touchdowns three times, earning five first-team All-Pro selections. He is one of eight quarterbacks to toss seven touchdowns in a game and is the league’s first quarterback to throw for 400 yards in a game. Luckman won four NFL championships with the Chicago Bears, leading them to a 73-0 win in the 1940 championship game and throwing five touchdown passes in the 1943 title game.

Steve Young: Known for first his scrambling ability, Young blossomed into one of the best passers of his era. Young led the league in completion percentage five times, touchdowns four times, yards per attempt five times, and passer rating six times (tied for the most all-time). He finished his 15-year career completing 64.3 percent of his passes for 33,124 yards, 232 touchdowns and 107 interceptions for a 96.8 passer rating, which was the NFL’s all-time best rating when he retired. He also threw six touchdown passes in Super Bowl XXIX, made seven Pro Bowls and was a first-team All-Pro three times and won two league MVP awards.

Drew Brees: The NFL’s all-time leader in passing yards (77,163) and touchdowns (544), Brees was omitted from the 100th-anniversary team even though Brady and Manning made it from his era. Brees has posted 5,000+ passing yards a record five times (no other quarterback has accomplished the feat more than once) and led the league in passing yards seven times (most in league history) and passing touchdowns four times. Brees has been selected to the Pro Bowl 13 times and he led the Saints to a win in Super Bowl XLIV, winning game MVP honors. Brees is also one of eight quarterbacks to threw seven touchdowns in a game.