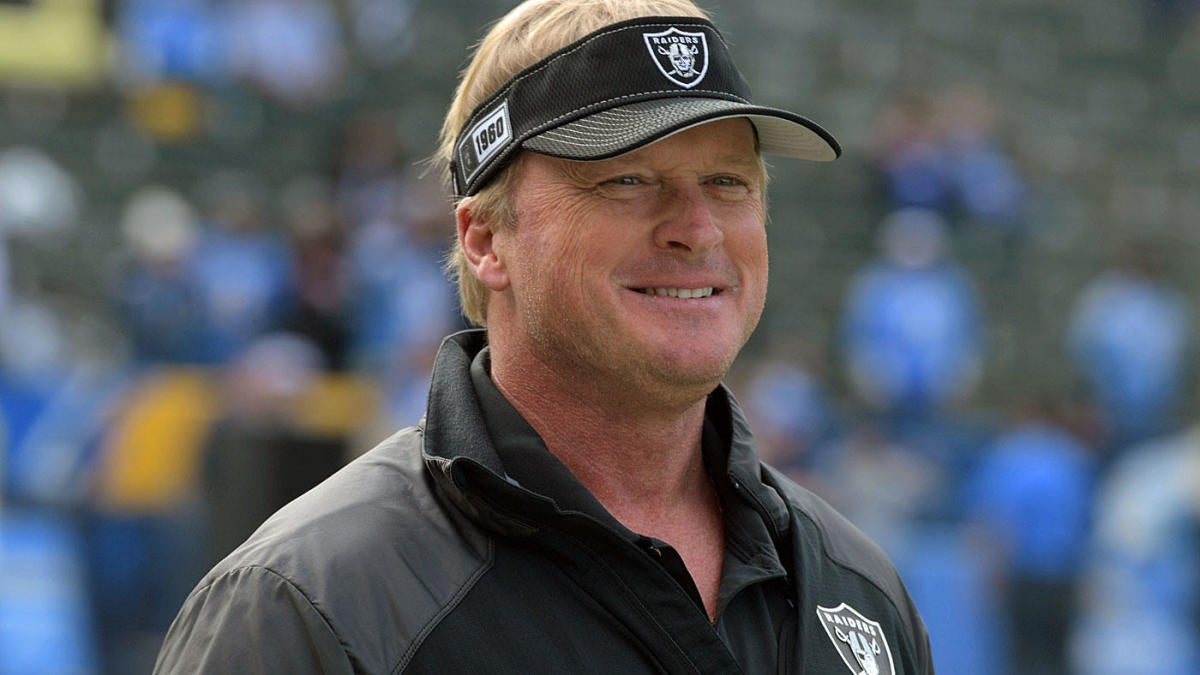 Eighteen years after the infamous “Tuck Rule” game, we could finally be getting a rematch.

The final week of the NFL season is almost always one of the craziest weeks of the year, and although it will take several upsets, there’s still a chance that the Patriots could end up hosting the Raiders during the wild card round of the playoffs next week.

The Patriots 16-13 “Tuck Rule” win is still viewed as one of the most controversial games in NFL history. For the Patriots, the win kick-started a dynasty, but for the Raiders, the loss sent them in a tailspin that they’ve never really recovered from. After the “Tuck Rule” loss, Jon Gruden left Oakland, and except for a Super Bowl appearance in 2002 with Gruden’s players, the team has been struggling ever since.

The Raiders’ loss was such a crazy game that it was voted the 15th greatest in NFL history.

So what’s going to have to happen for a Raiders-Patriots rematch?

Let’s take a look at the four craziest scenarios for Week 17 that are still on the table.

Jon Gruden has probably been dreaming of this possibility for the past 18 years. During Gruden’s first stint with the Raiders back in 2001, his team lost after a highly controversial call that allowed the Patriots to stay in the game. With the Raiders leading 13-10 during the divisional round of the playoffs, Tom Brady appeared to have fumbled the game away with just under two minutes to play, but after a review, the officiating crew ruled that he had actually thrown an incomplete pass, which allowed the Patriots to keep the ball in a game that they would eventually win in overtime 16-13. The play basically launched the Patriots dynasty as they would go on to win the first of six Super Bowls that season. Gruden was livid at the call and watching him coach against Bill Belichick in a revenge game is what we all deserve.

Here’s what would have to happen in Week 17 for the Raiders and Patriots to play in the wild-card round.

Verdict: These are called crazy scenarios for a reason. The Chiefs and Patriots are both favored by at least eight points, which means we would have to see at least two monumental upsets for this to happen. Even if those two things happen, the Raiders still have to make the postseason, and that’s only going to happen if Baltimore’s backup can beat the Steelers, which is one of four things that would have to go Oakland’s way on Sunday.

With one game left to play in the 2019 season, the Seahawks are currently slotted into the NFC’s fifth spot, but they could shoot all the way up to the top spot if a few things go their way on Sunday.

Here’s what would have to happen in Week 17 for the Seahawks to get the No. 1 overall seed and a first-round bye.

Verdict: If the Seahawks were able to get home-field advantage throughout the playoffs, that would be a huge deal for a team that’s 10-0 in postseason home games since 2005. However, the oddsmakers in Vegas don’t really feel like this scenario has a chance of happening. Not only are the Packers a 12-point favorite over the Lions, but the Saints are a 13-point favorite over the Panthers. To give you an idea of how much of a long shot this is, just consider this: If you were to bet $100 on a three-game parlay of the Seahawks, Lions, and Panthers all winning, you would walk away with $9,324 in profit if it were to happen.

Scenario 3: Texans and Titans play two weeks in a row

One of the biggest games in Week 17 will happen in Houston when the Texans host the Titans, and the crazy thing is that those same two teams could also end up playing each other next week in a game that would also be played in Houston.

Here’s what would have to happen in Week 17 for the Texans and Titans to have a rematch in the wild card round.

Verdict: If the Chargers can somehow upset the Chiefs, this scenario would actually have a chance of happening. If the Texans and Titans were to have a wild card rematch next week, it would mark the first time since 2012 that two teams have played each other in Week 17 and then had a rematch the very next week in the postseason. In that instance, the Packers lost the regular season game in Minnesota, but then won the wild card game at home.

Scenario 4: 49ers-Cowboys face each other in wild card round for first time ever

The 49ers and Cowboys have played each other a total of seven times in the postseason, however, not one of those games have happened in the wild card round. The storied franchises have faced off against each other in six NFC title games and one divisional round game with the Cowboys holding a 5-2 overall lead in postseason games.

Here’s what would have to happen in Week 17 for these two teams to face each other in the wild card round for the first time ever.

Verdict: This scenario feels like the most plausible one on the list, but for it to happen, the Cowboys are going to need the Giants to upset the Eagles. If the Cowboys do win the NFC East, the twist in this scenario is that the 12-4 49ers would have to travel to Dallas, despite having a record that’s four games better than the 8-8 Cowboys.