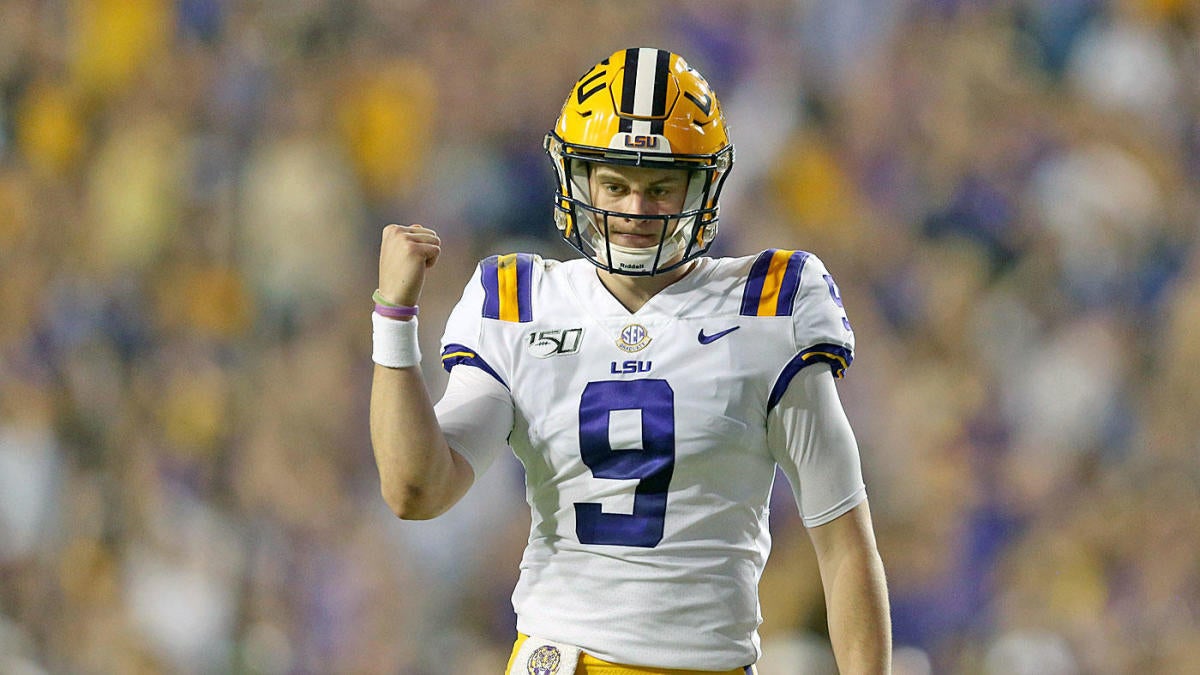 The winner of the Peach Bowl advances to play against the winner of Ohio State-Clemson for the national championship. NFL talent evaluators will be salivating over the opportunity to watch these titans clash. LSU opened its season with a win over Texas and now it is looking to take down the other half of the Red River Rivalry.

Let’s break down the expansive list of NFL draft prospects in this game.

Murray will eclipse 100 tackles for the second consecutive season and it is easy to see why. He plays the game going 100 miles per hour and with reckless abandon. In fact, there are times he actually needs to slow down in order to make a more balanced tackle. The linebacker looks comfortable in coverage and his pass rush production has increased each season. The Texas native should be a lock for the first round given the changing NFL landscape and necessity for rangy, athletic linebackers.

Lamb has made a strong argument to be the top-rated wide receiver prospect. Alabama’s Jerry Jeudy has him beat in route running but Lamb has the edge in almost every other category. He appears slight in the frame but is wiry strong breaking tackles. His body control is off the charts and there is no comparison when he has the ball in his hands. He creates space for himself well and, once he has it, he is gone. There is no catching him.

Lamb has more than 1,200 receiving yards and 14 touchdowns with potentially two games left to play.

Humphrey is a rock at the middle of the offensive line. His lower body is so strong that he is able to stand up nose tackles. The Oklahoma native was the only returning offensive lineman from last year’s team. Former Alabama defensive tackle Quinnen Williams gave him fits with his quickness and getting high into Humphrey’s pads, but that is what enabled Williams to be such a high draft selection. Humphrey and Wisconsin’s Tyler Biadasz are the two most highly rated prospects at the position.

Gallimore has been very active and teams are having a hard time blocking him this season. He is playing at a level that would be difficult to keep him out of the first round. His motor never stops, and his hand usage is so polished. The Canadian-born prospect does not allow opposing linemen to get high in his pads and establish leverage. At the end highest level of college football, he looks like a man playing among boys at times.

With the exception of JaMarcus Russell (an NFL bust), the LSU program has struggled to get the most out of its quarterbacks over the years. Passing game coordinator Joe Brady has tapped into the full potential of Burrow and the Tigers offense has soared in 2019. Burrow is a tough leader. He does not go down on first contact. His pocket awareness is fantastic and he is willing to take his check-down rather than making a mistake. The Ohio native has really improved his downfield accuracy and his anticipation has grown leaps and bounds. The quarterback tends to lock in on his first read and NFL defensive backs may be able to capitalize upon that if he does not work on it moving forward to the next level.

The best aspects of sports do not always happen in the field of play. The Ohio State transfer is originally from Athens, Ohio, which is an impoverished portion of the state. During his Heisman Trophy acceptance speech, Burrow delivered a small but impactful statement:

“Coming from southeast Ohio, it’s a very, very impoverished area. The poverty rate is almost two times the national average. There are so many people there that don’t have a lot, and I’m up here for all those kids in Athens and Athens County that go home to not a lot of food on the table, hungry after school. You guys can be up here, too.”

Since that remark, nearly $500,000 has been donated to the Athens County Food Pantry. Burrow is a great player but, more importantly, he has already shown he can handle the platform that comes with playing the quarterback position in the NFL. Athens High School recently named its football stadium ‘The Joe Burrow Stadium.’

The safety’s athleticism will test off the charts, but his tackling needs to become more consistent. He approaches the ball-carrier a little off-kilter at times. Delpit spends a lot of time in the box and on blitzes. The Texas native is fantastic when the ball is in the air, but his production has dipped in 2019. He will likely land in the first round but it is more questioned now than it was at the start of the season.

Fulton is the latest from the LSU cornerback lineage. He is a tough, physical cornerback, but his footwork gets crossed up occasionally and he gets a bit handsy downfield. The Louisiana native needs to trust his coaching and cut it loose. There is so much untapped potential to his game. Fulton possesses a strong chance of being a first round pick.

Jefferson has benefited from a more pass-happy attack this season. He displays good body control and quick feet in and out of breaks. The Louisiana native does a good job of showing his hands late so the defensive back has less time to make a play on the football. One aspect of his game that has improved is his blocking. He does a surprisingly adequate job creating opportunities for his teammates.

Jefferson joins a group of receivers that has a chance to land within the first round but could also last late into Day 2. It is a deep year for the position group.

Chaisson is a player that I have been pounding the table in support of for awhile. He is fast but his pass rush moves have been well-developed. The Texas native has a natural feel for the game and his bend around the edge might be the best among this year’s draft prospects. He is not a liability in coverage and is effective against the run. The only concern is his health because, at the end of the day, the best ability is availability.

Running back Trey Sermon is a really interesting player but his production dropped drastically this season and it is not known why. Quarterback Jalen Hurts cannot run as often in the NFL. It will not be successful. His accuracy downfield has been inconsistent and he throws into coverage far too often.

Print out the LSU depth chart, point to a name and that player is likely either a current or future NFL Draft prospect. The Tigers are loaded. Rather than breaking them down individually, we’ll provide the highlights. Freshman cornerback Derek Stingley Jr. may be the best prospect of the bunch but he will not be eligible for another two years. Offensive linemen Saahdiq Charles and Damien Lewis are both likely draft picks.