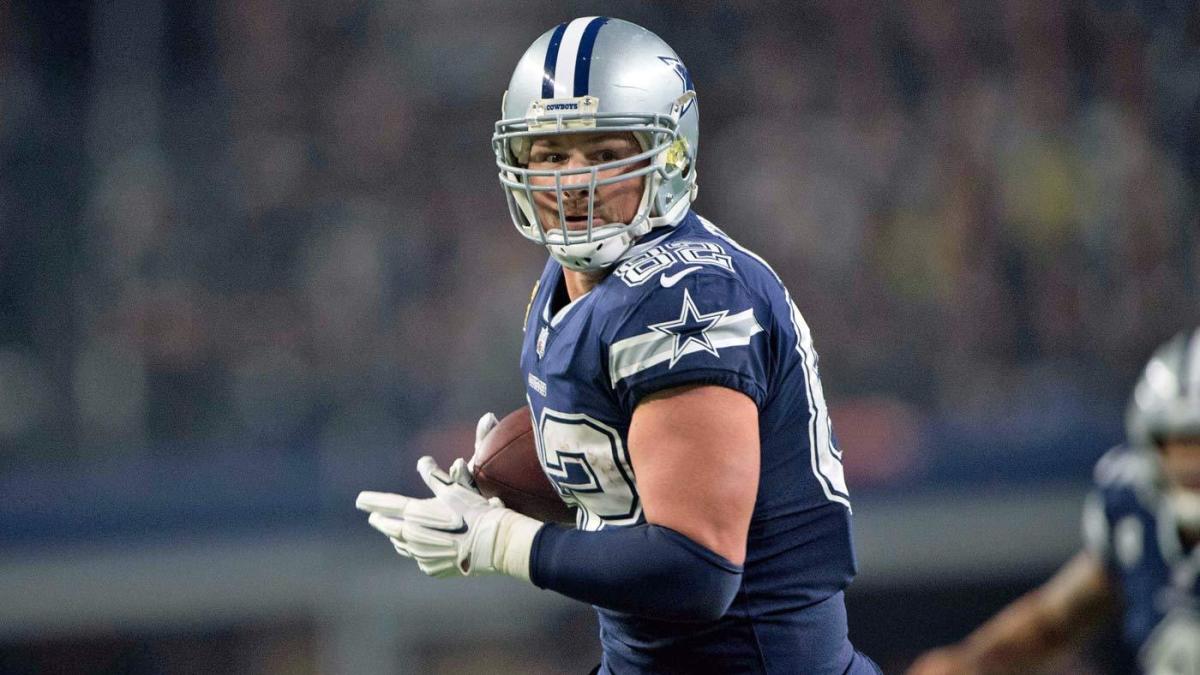 Jason Witten offered several transparent answers about his NFL future on Thursday, three days before the Cowboys face the Redskins with their 2019 season on the line. Dallas, 7-8 heading into Sunday’s game, need to beat Washington and have the Giants upset the visiting Eagles if the Cowboys are going to avoid one of the most disappointing non-playoff seasons in franchise history.

Witten, who is third on the Cowboys in receptions (59), fourth in receiving yards (505) and second on the team with four touchdown receptions this season, was asked if he believes Sunday’s game will be his final game in an NFL uniform.

“I really don’t envision this being my last game,” Witten said, via David Moore of the Dallas Morning News. “I just haven’t approached it that way. We’ll see what happens down the road.”

The team’s all-time leader in receptions (1,211) and receiving yards (12,953), the 37-year-old tight end returned to the Cowboys this season after a one-year retirement.

Cowboys’ fans may want to pump the breaks on Witten returning to the Cowboys as a player in 2020. Witten’s answer Thursday may be him holding out hope that his final game as a player will ultimately take place in the postseason. Given the fact that the Cowboys are still alive in the NFC playoff race, Witten, a savvy player who spent his year away from the NFL in the broadcast booth, is surely smart enough not to say that he envisions Sunday’s game behind his last in a uniform. He’s obviously holding out hope that the Cowboys and Giants will win on Sunday while giving him another shot at that elusive trip to the Super Bowl.

In the event that Sunday is the Cowboys’ final game of the season, Witten said that it will “be a pretty quick decision” when it comes to making up his mind about playing another season. Witten also confirmed that, if he does decide to hang up his cleats for good at season’s end, he would be interested in staying in the NFL as a coach.

Speaking of coaching, Witten was asked a general question about the title of head coach of the Dallas Cowboys, a position that may soon be open if team owner/general manager Jerry Jones does not decide to retain Jason Garrett, whose contract is set to expire at season’s end.

“You’re talking about the Dallas Cowboys,” Witten said, via Michael Gehlken of the Morning News. “It’s a great job. This franchise, you can put it up against any franchise in all of sports.”

When asked if he would be interested in being the Cowboys’ head coach, Witten reportedly offered a grin before walking away from the media scrum.

While most of the Cowboys’ team should remain in-tact in 2020, Sunday’s game could be the end of a particular era in Dallas. While Witten may be playing his final game for the Cowboys, it likely could also be the final game for Garrett, the team’s coach since 2010. While extremely unlikely, there is no guarantee that quarterback Dak Prescott will be back in 2020, as his rookie contract is set to expire. Prescott, who is nearing the end of the best statistical season of his career, offered a telling quote on Thursday when asked about Garrett’s future with the team.

“I think it’s the last game on (his contract) as well,” Prescott said. “So I’ll be damned if I speak on anybody else’s future or their place.”