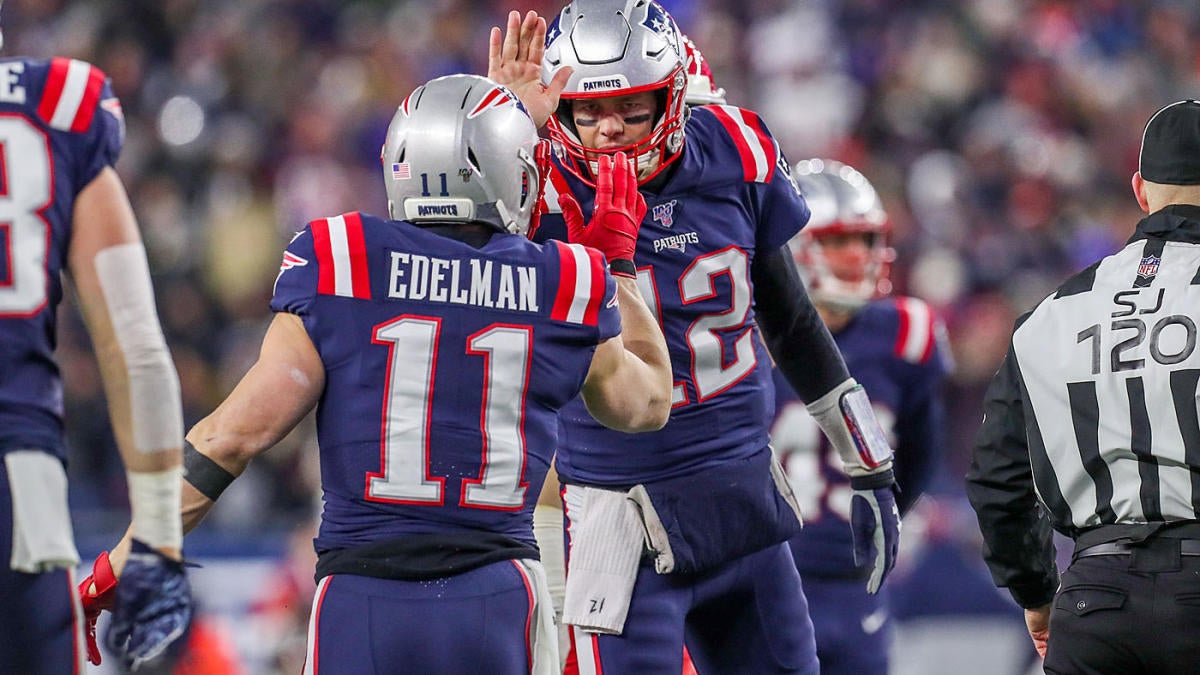 The NFL is a passing league. You know this. I know this. Just about everyone in the league knows this.

Because it’s a passing league, quarterbacks are the most important players on the field. And just about every quarterback has that one pass-catcher he trusts more than anybody else — the guy he wants to go to in key spots, with the game on the line. With that in mind, we’ve been using this space each week to dig into some of the league’s best passing-game combinations and what makes them tick.

We began by exploring the connection between Dak Prescott and Amari Cooper, which is defined by how each player has raised the other’s game since they came together. Next, we delved into Deshaun Watson and DeAndre Hopkins, whose partnership is defined by the degree of difficulty. Then, we went deep on the union of Russell Wilson and Tyler Lockett, which is defined by improbability. After that, we detailed the collaboration between Lamar Jackson and Mark Andrews, which is defined by opportunity maximization. In the next entry, we dug in on Patrick Mahomes and Tyreek Hill, whose connection is defined by explosion. And last week, we explored the ways Drew Brees and Michael Thomas became the most efficient duo in the league.

Below, we’ll dive into the long-standing connection between Tom Brady and Julian Edelman, which is defined by its metronomic consistency.

Julian Edelman has been Tom Brady’s No. 1 wide receiver for most of the past seven seasons. There was a year where he played only nine games and another where he missed the entire season due to injury, but for most of that time, he has been Brady’s guy on the perimeter. Want to know how consistent this connection has been? Take a look at the chart below, which shows Edelman’s season averages in receptions per game, yards per game, yards per reception, and catch rate during each of the six seasons where he’s been healthy.

For Edelman to remain so consistently consistent amid all that turbulence is pretty incredible. A big reason why he’s been able to do that is because so much of what makes his connection with Brady work at its best involves them beating the defense before the ball is even snapped. Brady was ahead of the curve among NFL quarterbacks in terms of getting rid of the ball quickly — he ranked inside the top seven in Pro Football Focus’ time to throw metric every year from 2011 to 2015 and is outside that range now mostly because everyone else in the league has caught up to him — largely because he has seen any and every defense you can possibly throw at him, and he is an expert at identifying which player is going to shake open quickest before it even happens.

It just so happens that because of the route tree they have him run, Edelman is that player quite often. One of the most common sights you’ll see in a Patriots game is Edelman running a quick five-to-ten-yard out and Brady calmly placing the ball into his hands with a ton of separation between Edelman and the nearest defender, allowing the Patriots to pick up chunks of free yards.

The Pats will do the same thing will all kinds of slant throws, counting on Edelman to beat his man off the line and give Brady a target to hit over the middle of the field before the pass rush even has a chance to get revved up, let alone hit home. A lot of times these throws don’t travel all that far in the air, but because they involve Brady getting Edelman the ball in open space, they have to potential to create larger gains.

None of this is to say that Brady and Edelman only work the quick game. In fact, they may do their best work on intermediate routes. When they want to get a bit deeper down the field, though, they almost always want to do so using play-action. Brady has long been one of the best run-fakers in the league, and because he is so comfortable in the pocket he is willing to turn his back to the defense to make those fakes in a way other quarterbacks are often not, which helps sell the action even more. That sell-job helps Edelman get into open space, and it can often look as if he actually disappears into the space behind the linebackers and in front of the safeties, before suddenly popping wide open when Brady delivers the ball.

Getting the ball even farther downfield often involves a double-move or, especially, a slow-developing crossing route. This is where having had a fantastic offensive line for almost their entire run together comes in handy. Dante Scarnecchia’s unit has routinely kept Brady among the league’s best-protected passers, so he’s had the time to stand in the pocket and wait for Edelman to shake free downfield.

When this all comes together, as it did in last year’s AFC title game against the Chiefs, it can seem as though the Brady-Edelman connection is impossible to stop. There are just too many ways they can beat you, and once they get a read on how you’re defending them, they’ll keep running the same thing until you stop it. And once you adjust, they’ll run whatever beats that coverage until you have to adjust yet again.

During the 2019 season, this has been just about the only part of the New England passing game that has consistently worked. Brady had only one game with Antonio Brown. He never developed a consistent rapport with Josh Gordon. Phillip Dorsett popped early in the season but has mostly disappeared of late. James White largely has not looked like himself, and Jakobi Meyers and N’Keal Harry have only contributed here and there. For the most part, it’s just been Edelman.

There have been times in recent seasons where that was enough to get the Patriots where they want to go. It might even be enough this year. But with a tougher than usual road through the AFC standing in their way this season, these guys might need a little help from their friends this time around.