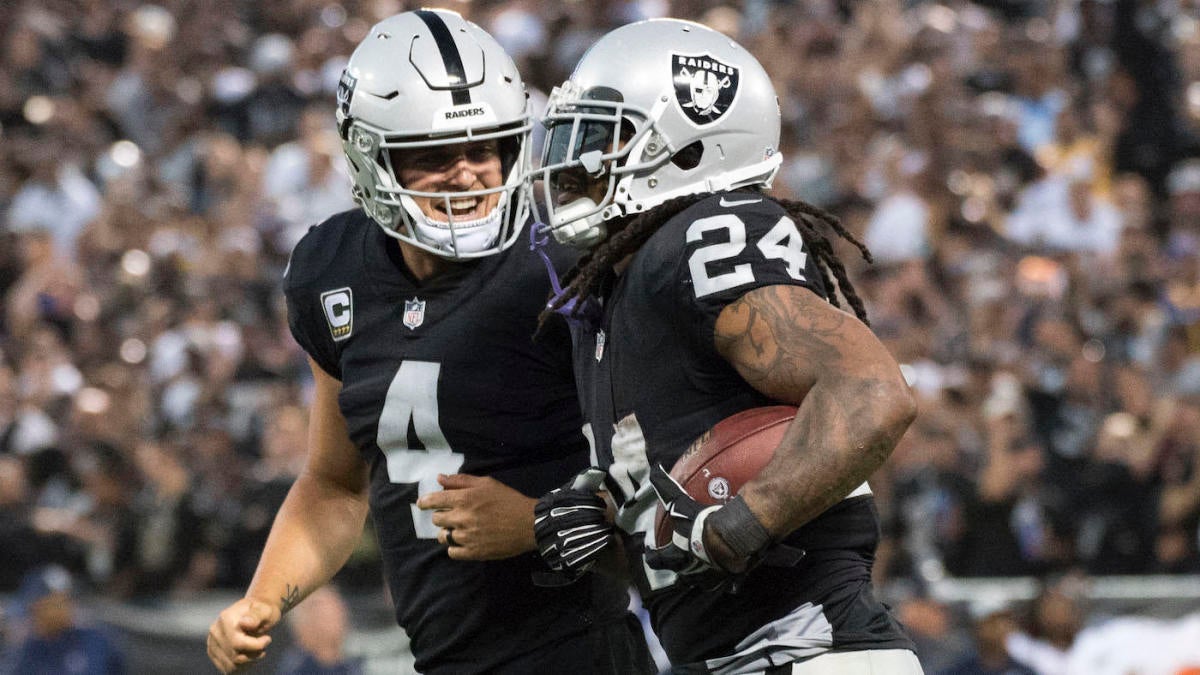 After losing running backs Chris Carson, C.J. Prosise and Rashaad Penny for the season, the Seattle Seahawks turned to an old friend for help. Shortly before Christmas Eve, the Seahawks announced that they had signed Marshawn Lynch for the remainder of the season. Lynch helped the Seahawks win Super Bowl XLVIII back in 2014, and made four of his five career Pro Bowl appearances with Seattle.

“Beast Mode” spent a total of six years in Seattle and rushed for 6,347 yards and 57 touchdowns. After announcing his retirement in 2016, Lynch ended up returning to the hometown Oakland Raiders for the 2017 and 2018 seasons before retiring again. While Lynch spent the majority of his career with the Seahawks, his former quarterback with the Raiders is upset that Lynch didn’t return to Oakland.

“I wish it was with us,” Derek Carr said this week, via the East Bay Times. “I miss that guy, but it’s good to see him back. … I love Marshawn.”

Lynch played in 21 games with the Raiders and rushed for 1,267 yards and 10 touchdowns. He played in just six games last year due to a groin injury that landed him on injured reserve. The Raiders could have possibly used Lynch, as star running back Josh Jacobs has missed two out of the last three games due to a shoulder injury. Jacobs also posted some worrisome videos from a hospital bed on Christmas, which indicated he underwent a surgical procedure on his leg.

Believe it or not, the 7-8 Raiders are still in the playoff race, but they need four things to happen on Sunday: them to beat the Broncos, the Baltimore Ravens‘ backups to beat the Pittsburgh Steelers, the Houston Texans to win against the Titans, and the Indianapolis Colts to take down the Jaguars. It’s definitely a wild scenario, but possible nonetheless.

The Seahawks are in a much better spot at 11-4, but they have an important matchup against the San Francisco 49ers on Sunday. Seattle trails San Francisco by one game, and are also competing with the Green Bay Packers and the New Orleans Saints for the top two playoff spots in the NFC.

Lynch will have his work cut out for him in his first game back, but Carr knows his former teammate is capable of helping the Seahawks immediately.

“He’s been working really hard to get ready, just in case,” said Carr. I didn’t know he was going to come back and play football, talking to him. But he’s back, and that’s a good thing for football.”