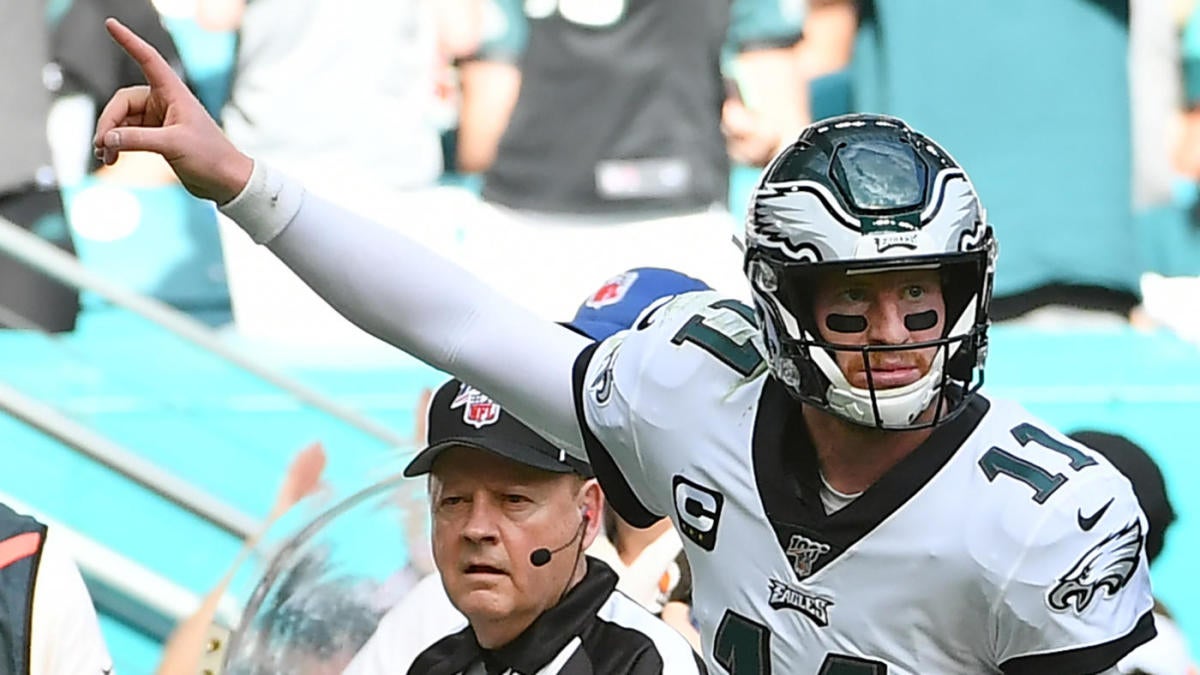 The regular season is about to wrap up, so you know what that means: It’s time to wrap up regular-season predictions! And Week 17 brings a decent amount of juice considering a handful of teams are still vying for playoff positioning — and playoff spots, in general.

Can the Eagles actually win the NFC East and keep Dallas at home? Can the Steelers find a way to squeeze in as a wild card? Can everything go right for the Raiders to somehow make it? Can the 49ers lock up the No. 1 seed? We’ll find it all out this weekend.

A week after yours truly finished 9-7 picking Week 16 straight-up, we’re confident in a strong finish with more predictions and picks against the spread — for every single game on tap — as you prepare for the next (and final) wave of regular-season action. Enjoy!

It wouldn’t be a shocker if the Browns lost Freddie Kitchens’ season finale, mainly because Kitchens is still in charge of the operation. But the Bengals should also give them enough space to milk Nick Chubb and finish the year one game below .500.

The Vikings are much better as a whole. That’s why they’re going to the playoffs and the Bears are not. Mike Zimmer will probably also want Kirk Cousins to rebuild some confidence after Monday’s abysmal outing. This still feels like a close, ugly contest, however.

The oddsmakers are spot on calling this an even game. Both sides are out of the postseason but have flashed serious potential late in the year. Tampa’s tempting at home, but we’ll say Atlanta is a little more careful with the ball and pulls out a close one.

A higher seed is still up for grabs for the Saints, so they shouldn’t have any problem going all out against the Panthers. And considering Carolina’s defense, “all out” might not even be necessary to run up the score. Easy one for Drew Brees and Co.

The Bills are far and away the superior AFC East team, but they’ve got no reason to risk injury to Josh Allen or anyone else. Their secondary alone might still give them a shot here, but this is the one time it’s probably OK to ride with Adam Gase’s squad.

Hunting for a first-round bye, Bill Belichick will absolutely not overlook this game. Fresh off his best game in weeks, Tom Brady should have a heck of a time carving up Miami’s secondary, too. New England will roll into the postseason feeling pretty good.

The Lions are absolute trash at this point. And while the Packers have played with fire quite a bit during their otherwise impressive season (e.g. Monday night turnovers), they should have a grand old time controlling the clock at Ford Field.

Who should you back against the spread, on the money line and the total in every Week 17 NFL game? And which Super Bowl contender goes down hard? Visit SportsLine to see their Week 17 cheat sheet, all from the model that is up over $7,000 on its top-rated picks.

K.C. isn’t likely to move up to the No. 2 seed because of the Pats, but they’ll still be playing to retain their No. 3 spot. L.A. might’ve given them a scare earlier in the year, but the Chargers are dead. Patrick Mahomes will have a nice chance to build momentum.

No matter the circumstances, Houston probably doesn’t want to let a division rival into the playoffs, let alone with a win against them. But is Bill O’Brien really going to risk Deshaun Watson’s health here? The Titans need this, and their offense can get it done.

This battle of playoff-less AFC South clubs is at least a chance for both sides to get one last look at their QB situations before 2020. And while Gardner Minshew was abuzz earlier this year, Jacoby Brissett is the safer bet to have a big day to wrap the season.

Could Jason Garrett really hit rock bottom by getting upset by Washington? It’s possible. Something tells me Case Keenum will be slinging it as the fill-in for Dwayne Haskins. But Dallas is too talented to let this one get by them at home.

The Eagles haven’t routed anyone during their hot streak, but their offense can’t be much worse than it was early against New York in Week 14. Carson Wentz is feeling it and young playmakers are stepping up, and that’ll be enough to offset any Daniel Jones juice.

Because they’re playing at the same time as Houston and Tennessee, the Steelers will be all in on vying for a playoff spot. Devlin Hodges isn’t going to make it easy, but Pittsburgh’s rock-solid defense will be enough against Robert Griffin III to get them the “W.”

The Rams have much better talent in certain areas, as evidenced by their blowout win in Arizona earlier this year. But they’re kind of lifeless now that they’re out of the playoffs, and both Kyler Murray and Kenyan Drake are red hot. Upset alert!

The Raiders could be playing for an improbable playoff spot here, and Derek Carr should be motivated to give it his all in a last-minute audition for 2020. The problem is, Drew Lock has been steady, and Denver has won three straight at home.

Man, this one’s tough. Seattle is really banged up, and the Niners could zero in on getting after Russell Wilson. They’ve also been quietly shaky in terms of allowing points here and there, and Wilson, in prime time, is still safer than Jimmy Garoppolo.