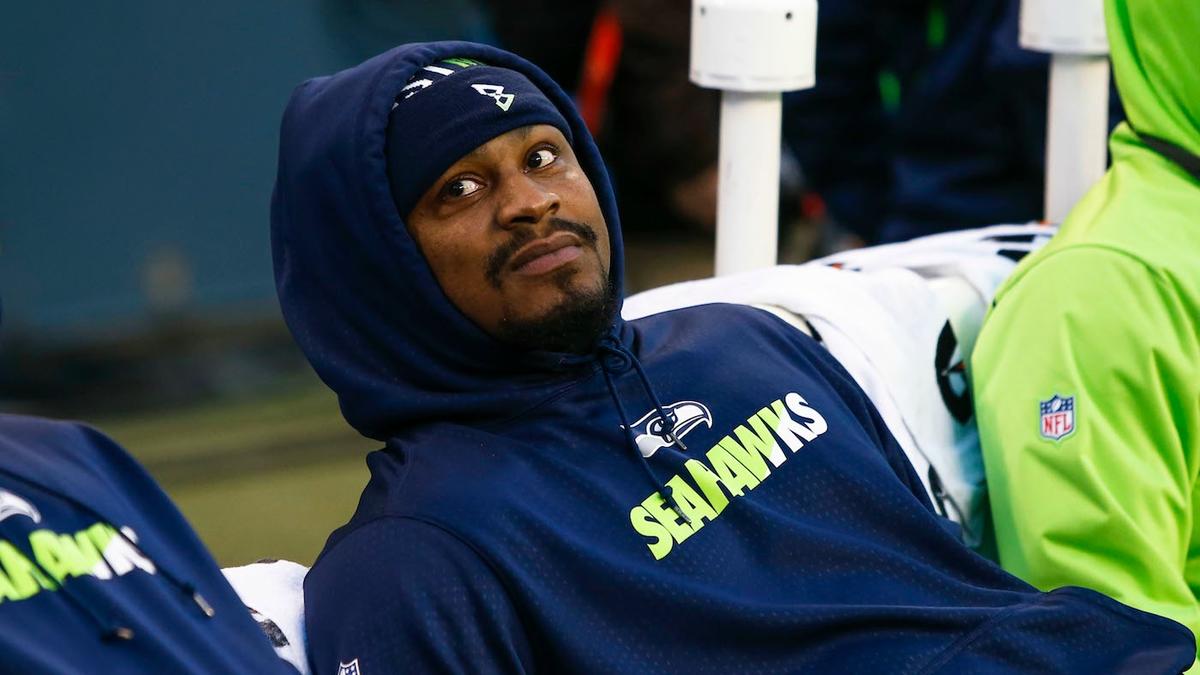 Marshawn Lynch is not a man of many words. In addition to plowing through opposing tacklers, it’s likely that Lynch is most famous for not talking. He loves nothing more than ending a press conference early, preferably without having answered many (or any) questions. So it should come as no surprise that his opening press conference in his return to the Seahawks last all of 12 seconds, with just one question being asked of Lynch.

“What brought you back this time, Marshawn,” Lynch was asked.

His response: “Happy holidays. Merry New Year. Y’all have a great day. It’s a great feeling to be back. Thanks.” And then he walked off the stage.

This is just about what was expected.

Lynch is not going to say much, but he’s probably going to tote the rock quite a bunch over the next several weeks as the Seahawks attempt to make a run through the playoffs without their No. 1 (Chris Carson), No. 2 (Rashaad Penny), or No. 3 (C.J. Prosise) running backs. They were down to just rookie special-teamer Travis Homer before signing Lynch and fellow former Seahawk Robert Turbin earlier this week. It’s notable, however, that Pete Carroll, when asked about Lynch and Turbin’s role this coming weekend, simply replied that, “Travis is ready to go.” So, perhaps Homer will be more involved than initially thought in the wake of these signings.