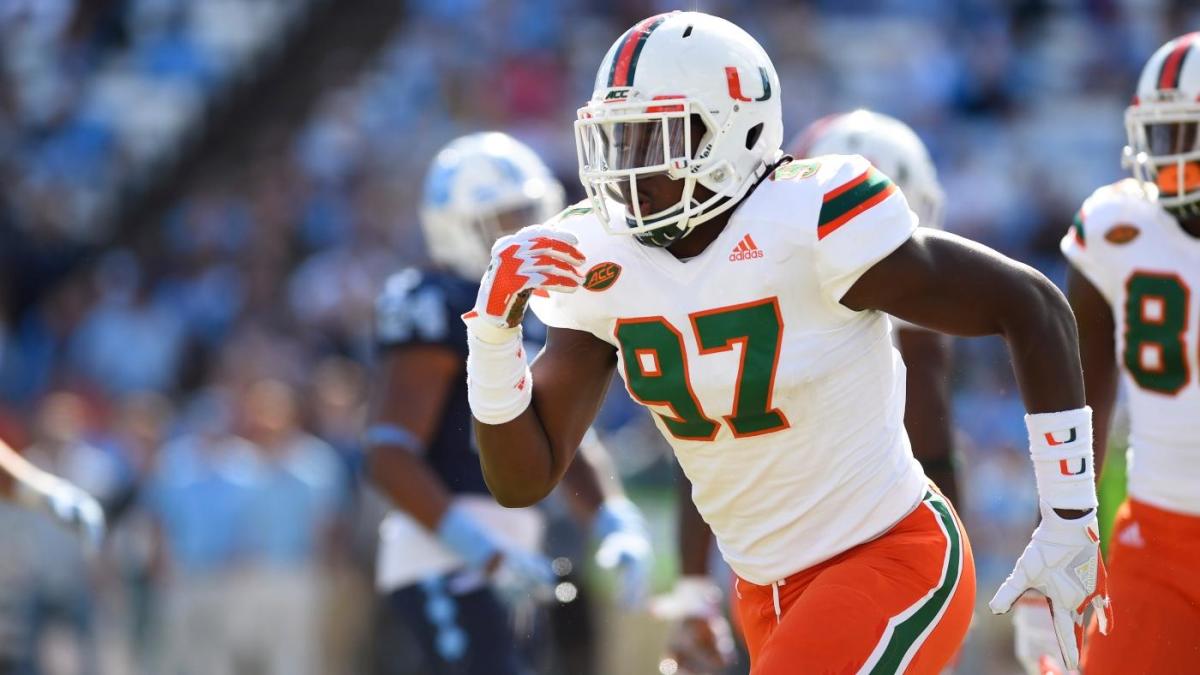 Louisiana Tech might be an early season matchup that Miami fans had expected to see but the Hurricanes will end their season with the Bulldogs instead. It is a modern version of David vs. Goliath as Conference-USA looks to tear down a program possessing several National Championships.

There are a handful of potential NFL prospects to know and CBS Sports has you covered.

Will a transcendent NFL star come out of this year’s game? Let’s examine the 2020 NFL Draft prospects that you need to know. You can read more about this matchup and get our expert picks on the game right here.

Garvin has strong, fast hands. He does not have elite flexibility around the corner and will need to develop his pass rush moves a bit more. The Florida native has great size for the position and has done a great job poking the ball loose over the course of his career in Coral Gables. There are traits that will intrigue NFL talent evaluators. He could land on Day 2 of the 2020 NFL Draft.

Robertson is a smooth player. His style of play is really fun to watch. The Louisiana native breaks hard on routes and leaves the ball carrier in pain upon arrival. Over the past three years, he has accumulated 14 interceptions and he knows what to do with the football when he gets his hands on it. Robertson is a bit small but fast. He has quick feet and oily hips. Robertson has the potential to be a Day 1 starter as a nickelback.

Robertson has already declared for the 2020 NFL Draft. Stay up-to-date with all of the latest draft declarations right here at CBS Sports.

The Hurricanes have a lot of talent on both sides of the ball. Cornerback Trajan Bandy is a physical cornerback who gets off blocks well but does not wrap up on tackles. He looks more comfortable in bail coverage than a backpedal. Linebacker Michael Pinckney is a bit undersized but he moves well. Running back DeeJay Dallas was half of the reason that the Hurricanes were able to stay in the game against Florida in Week 0. Wide receiver Jeff Thomas has already declared for the 2020 NFL Draft. He has a lot of speed to burn.

Louisiana Tech quarterback J’Mar Smith has a strong arm. He moves around in the pocket well and keeps his eyes downfield. Smith is able to throw from different arm slots, which allows him to more easily get rid of the football when pressured. His downfield accuracy is poor because of inconsistent footwork. The Mississippi native needs to do a better job of regulating his velocity in the short and intermediate game as well.