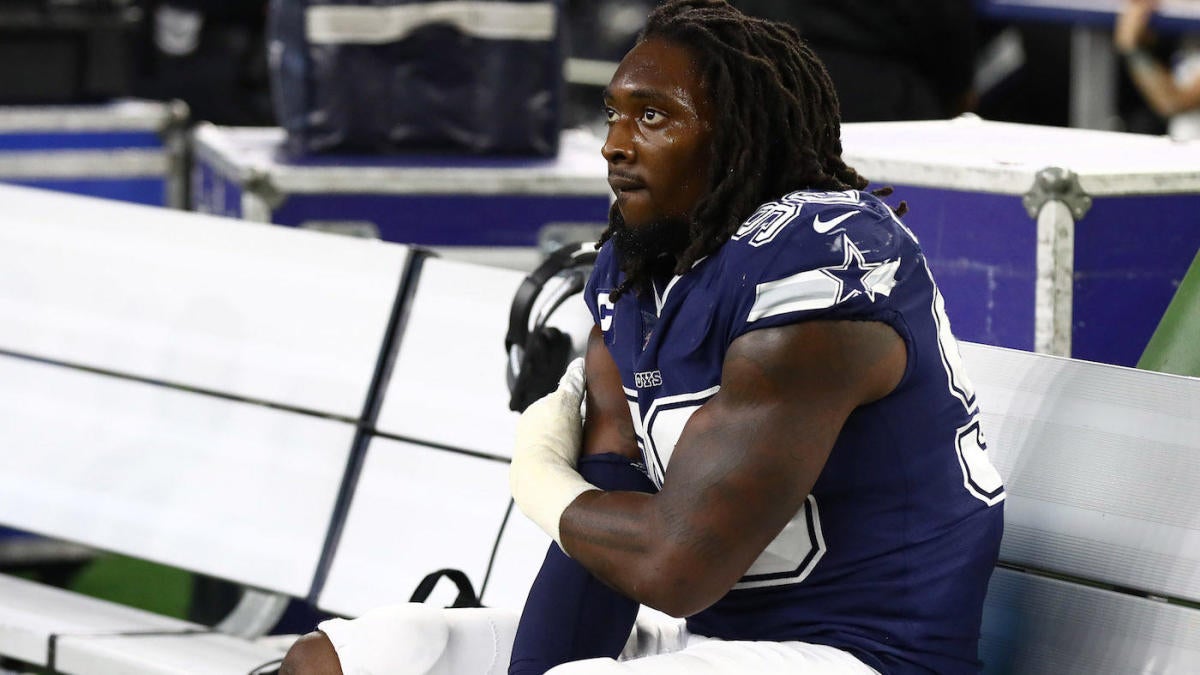 It took 16 weeks, but the Cowboys have officially hit rock bottom. They entered the season with legitimate Super Bowl aspirations and proceeded to win their first three games with Dak Prescott looking like an MVP candidate along the way, but have since found a way to squander their playoff-caliber roster. They have squandered their lead in the NFC East to the point where they now need the Eagles to lose to the Giants on Sunday to have a chance to qualify for the postseason.

After the Cowboys dropped a very winnable game against the Eagles on Sunday, which put Philadelphia in the driver’s seat heading into Week 17 and Dallas’ playoff aspirations on life support, defensive end DeMarcus Lawrence provided the perfect tagline for the Cowboys’ season.

“Talent without a direction is nothing at all,” Lawrence said, per USA Today.

“I don’t feel like the direction is lost, I feel like sometimes the focus is lost,” Lawrence said. “If you’re not on your toes, and you’re not making sure you’re 100 percent correct, some plays going to be critical at different times in the game. Even though you don’t play outstanding, the stats can be very deceiving. It can be two, three crucial plays that really hurt you.

Even though Lawrence clarified his remarks, that first part — regardless of Lawrence’s intention — can’t be read as anything other than an indictment of a coaching staff that has wasted a talented roster. The Cowboys are loaded with talent, from the quarterback, who ranks first in DYAR, to running back Ezekiel Elliott, to the offensive line, to receivers Amari Cooper and Michael Gallup, to a young defense that finished last season as a top-10 unit in DVOA. Despite all of that talent, the Cowboys are 7-8 with five losses in their past eight games.

Their defense hasn’t taken the step forward we all thought they would, ranking 22nd in DVOA. Against the Eagles, a team that is depleted at receiver, the Cowboys failed to identify that Carson Wentz would be targeting his tight ends and running backs almost exclusively, allowing Dallas Goedert to catch nine passes for 91 yards and a score, and Miles Sanders to rack up five catches for 77 yards.  And while the Cowboys’ offense still ranks second in DVOA behind only the Ravens, against a susceptible Eagles secondary, Prescott averaged only 6.0 yards per attempt and the offense, as a whole, only mustered nine points.

There’s no doubt that the players deserve a portion of the blame. But all of this should (and likely will) fall on Jason Garrett. Perhaps the best way to sum up his game management is how he elected to go for a fourth-and-9 from his own 46-yard line with the Cowboys trailing by 11 in the fourth quarter (a good decision!) five minutes after he punted on fourth-and-6 from his own 28-yard line with the Cowboys already trailing by 11 — to say nothing about his continued ultra-conservative approach that has been a detriment to the Cowboys for years now. If a playoff-caliber roster doesn’t translate to a playoff berth, the blame should be mostly directed to the coach.

Garrett might be able to save his job if the Cowboys make the playoffs, but for that to happen, the Eagles need to lose to the Giants and the Cowboys need to beat the Redskins on Sunday. Considering just how much talent the Cowboys have on their roster, it’s remarkable that their playoff hopes now hinge on Daniel Jones — not to mention, they themselves have to beat the Redskins, which let’s face it, isn’t a sure-thing for a team as disappointing as the Cowboys.

According to simulations conducted by SportsLine’s Stephen Oh, the Cowboys have a 25.7 percent chance of qualifying for the postseason, which seems higher than it should be given just how bad the Giants are, but also significantly lower than it should be for a team with this much talent.