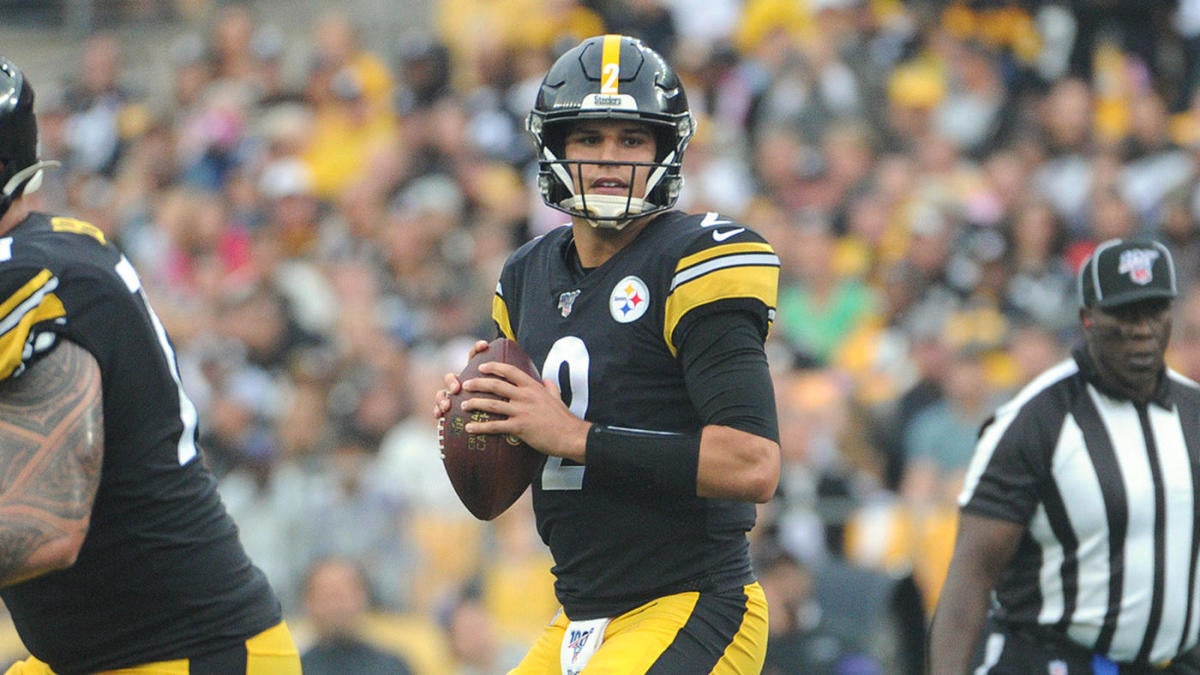 The Pittsburgh Steelers are not expected to have quarterback Mason Rudolph for Sunday’s regular-season finale against the Baltimore Ravens, according to Adam Schefter of ESPN. Not only will Rudolph be out for Week 17, but Ian Rapoport of the NFL Network adds that he is expected to miss multiple weeks. So, if Pittsburgh makes it to the postseason, it’ll most likely be with Devlin Hodges.

This left shoulder injury now makes what could have been a rather interesting decision under center a lot more simple as Hodges will get the start and Paxton Lynch will serve as the backup.

Rudolph entered Sunday’s eventual 13-10 loss to the New York Jets after head coach Mike Tomlin elected to bench starter Devlin Hodges in the first half after he threw two interceptions, giving him six in the previous two games.

This was Rudolph’s first game action since being benched himself in Week 12. While under center, the former first-round pick played well, completing 14 of his 20 throws for 129 yards and a touchdown, but that left shoulder injury he suffered in the fourth quarter knocked him out of this game and now seemingly Week 17 as well. Once Rudolph was forced from the game, Hodges went back into the game and finished with 11 completions on 17 attempts for 84 yards and those two earlier picks.

Hodges will now be in at QB1 in what is an extremely important game against the Ravens — who may be resting their starters — in terms of their playoff hopes. The loss to the Jets really hurt their chances as they now will need a win and a Titans loss to get into the postseason. If Tennessee wins, it won’t matter what Hodges does in Week 17 as they hold the strength of victory tiebreaker.