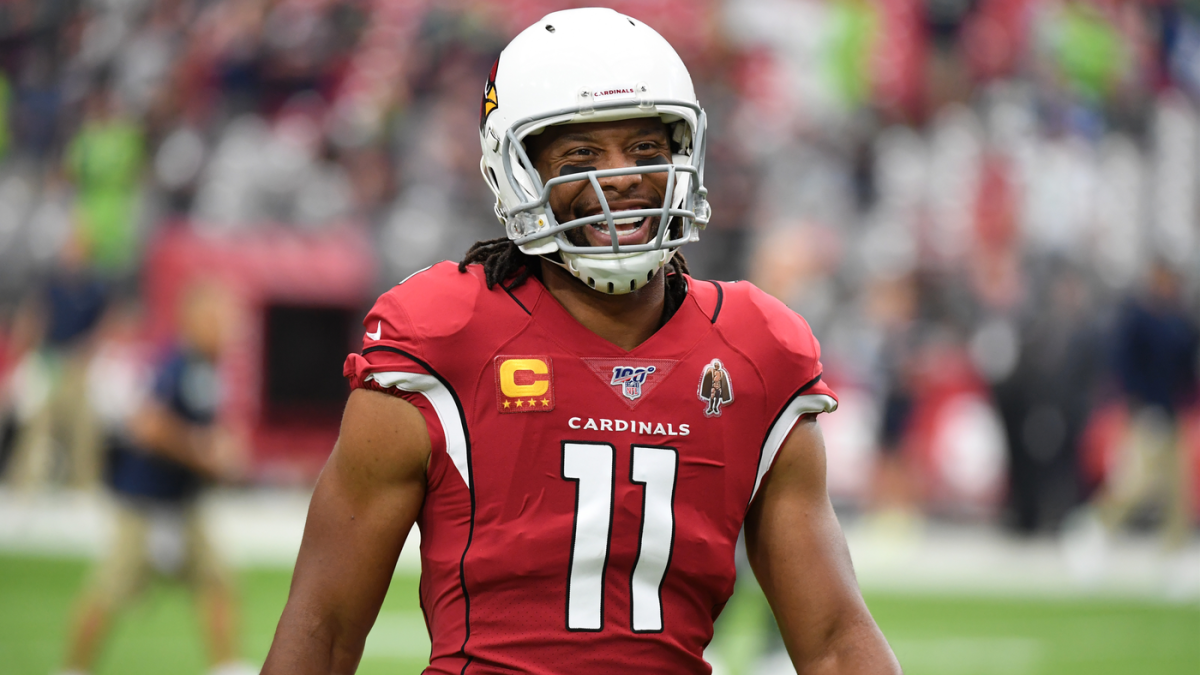 After the Arizona Cardinals surprising win over the Seattle Seahawks, one of the NFC’s top teams, on Sunday, Larry Fitzgerald took questions from reporters, and one was quite familiar to the future Hall of Famer. Fitzgerald’s dad, Larry Fitzgerald Sr. was in the media scrum following the 27-13 win and got a shoutout from his son, but not exactly for a positive reason.

While Larry Fitz was taking questions from journalists his dad’s phone went off, disrupting the question being asked and throwing off the star wide receiver.

Fitzgerald joked around with his father, who is a long time journalist, and called him out saying, “Can we get some professionalism here, please?”

The 11-time Pro Bowler then said, “You okay? You okay? You ready?” and then asked for the question to be repeated.

Take a look at the incredible interaction:

His dad managed not to laugh or crack a smile during the whole thing.

Fitzgerald had four catches for 48 yards and a touchdown on the road at CenturyLink Field.

The Cardinals bumped the Seahawks out of first place hopes in the NFC in their back-and-forth race with the San Francisco 49ers, and into the five seed.

With the win, Arizona improved their record to 5-9-1, though they are already eliminated from the playoffs.

Next week the Cardinals will face the Los Angeles Rams at the L.A. Memorial Coliseum for the regular season finale.