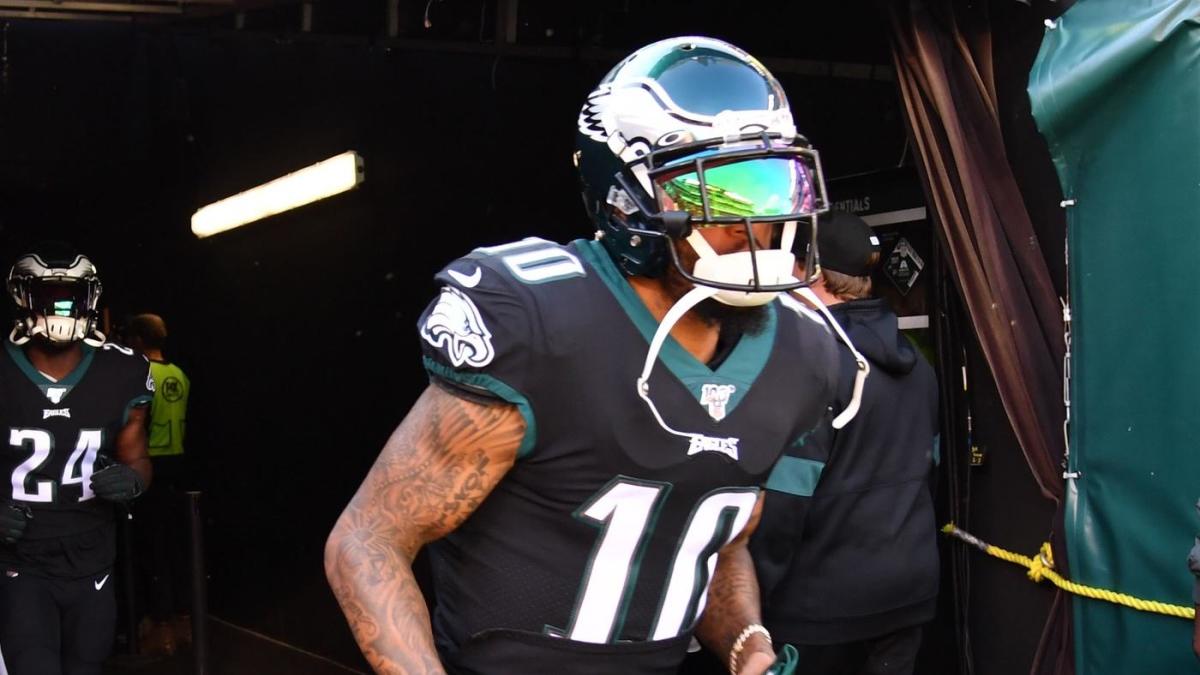 How can the Eagles make sure Jackson returns? Win in Week 17 against the New York Giants Sunday to clinch the NFC East and a playoff spot and their game on Wild-Card Weekend. Philadelphia is two wins away from Jackson returning this year.

Jackson made in impact in his only full game played for the Eagles this season, catching eight passes for 154 yards and two touchdowns in a Week 1 win over the Washington Redskins. His two 50-yard touchdown catches on the day gave him 31 for his career, placing him second in NFL history behind Hall of Famer Jerry Rice (36). Jackson became the third-oldest player in NFL history to record multiple 50-plus yard receiving touchdowns in a single game, trailing only Don Maynard and Jim Doran.

Jackson made a return in Week 9 against the Chicago Bears, but played just four snaps before aggravating the groin injury that caused him to miss six games earlier in the season. He has nine catches for 159 yards and two touchdowns, despite playing just 65 snaps.

Despite not being on the field, Jackson has made his presence felt in the Eagles locker room. He gave a speech to the Eagles last week ahead of Sunday’s win over the Dallas Cowboys and has been progressing well in his rehab.

The Eagles could use Jackson if they make a playoff run, playing the past several weeks with rookie JJ Arcega-Whiteside, Greg Ward and Robert Davis as their top three wide receivers, the latter two playing on the team’s practice squad a month ago. The three receivers have a combined 34 catches for 397 yards in their careers. Getting Jackson back would provide the deep threat the Eagles have lacked all season.