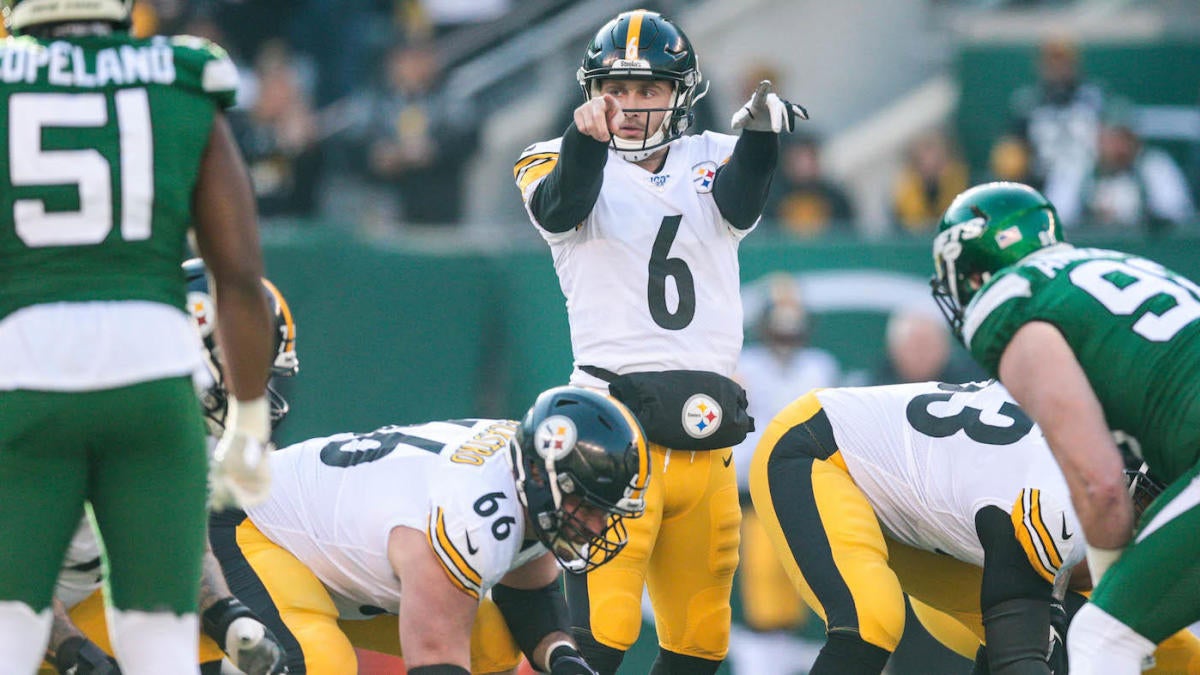 The Pittsburgh Steelers are playing a game of musical chars at the quarterback position. In the midst of their Week 16 matchup with the New York Jets in East Rutherford, New Jersey, head coach Mike Tomlin elected to bench a struggling Devlin Hodges in place of former first round pick Mason Rudolph in the first half.

Hodges completed seven of his nine passes for 53 yards, but those two missed throws fell into the arms of Jets defenders, giving him six interceptions in the past two games. He threw four picks in Pittsburgh’s loss to Buffalo in Week 15. Heading into this matchup, there was already talk that Hodges would have a short leash, and Tomlin seems to be true to his word.

As Hodges watched on, Mason Rudolph completed 14 of his 20 throws for 129 yards and a touchdown, but suffered a left shoulder injury in the fourth quarter and is out for the game. That now thrusts Hodges back in under center. Rudolph was seeing his first taste of game action since Week 12 when he was benched.

On top of putting the quarterback position in a state of flux in this inner-conference showdown, the Steelers lost running back James Conner as he departed the game and headed to the locker room with a thigh injury. He has since been ruled out. On the day, he totaled six carries for 32 yards prior to this latest injury. Not only that, but starting center Maurkice Pouncey was carted off the field with a lower body injury.

The quarterback issues on top of these injuries not only hurts Pittsburgh as they try to take down the Jets, but it also sets up a rather interesting situation in the AFC Playoff picture. They’re currently the No. 6 seed in the conference and if they are still dealing with all these problems, they could be an easy out for any of the AFC juggernauts.