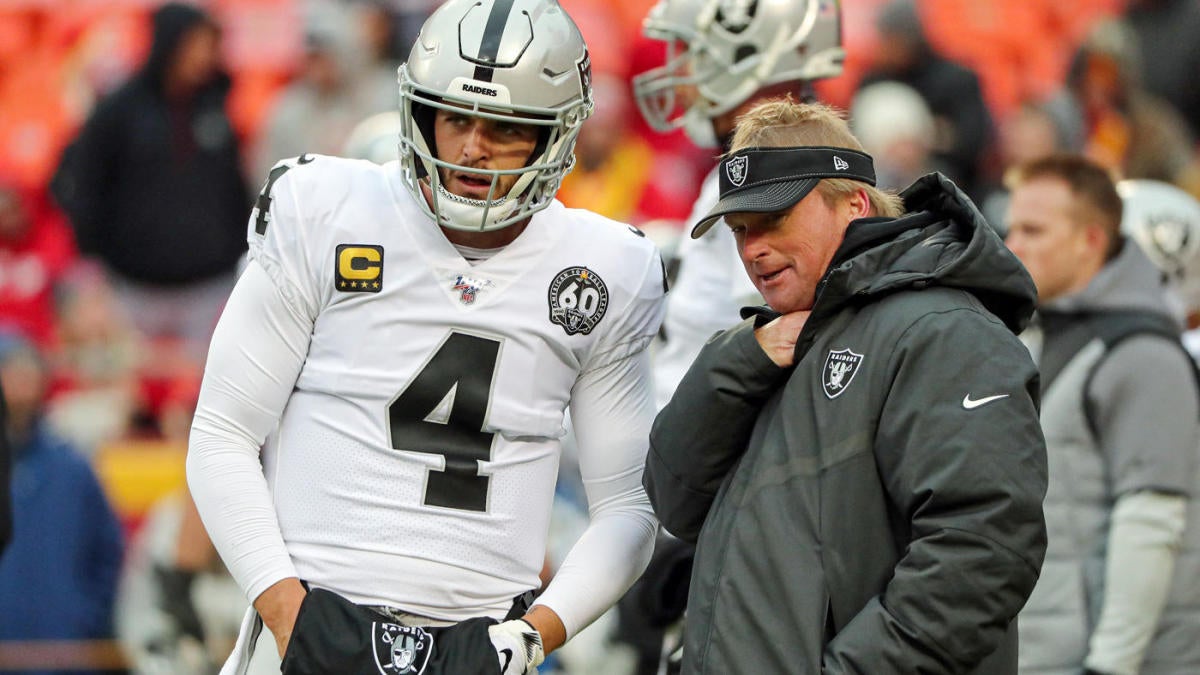 The Raiders could be moving on from starting quarterback Derek Carr this offseason, with several team sources sensing a growing frustration with the veteran by the coaching staff, and concerns about how much potential for growth remains.

Carr, who turns 29 in March, is completing his second season with quarterback guru Jon Gruden as head coach, and while there are other mitigating factors like Antonio Brown’s bizarre defection and some injuries as well, several sources close to Gruden expect him to dissect the 2020 quarterback class and explore options to perhaps upgrade at the most critical position in the game.

Gruden, who spent abundant time with the top quarterbacks in college every year for his draft breakdowns while at ESPN, has become a champion of the uber-athletic passers that have punctuated the NCAA game, and he stands uniquely poised to grab one should the Raiders become sufficiently enticed.

Gruden and Carr have a solid relationship, the sources said, but there are concerns about not extending plays with the legs when possible, and Oakland has also struggled to push the ball downfield. Carr has been quite accurate — completing 70 percent of his passes — but the bulk of the work goes to tight ends and running backs, and he isn’t by nature a gunslinger or a big-time playmaker; those characteristics resonate heavily with Gruden.

“I don’t believe Jon sees enough high-end upside there, and at this point you would have to think Carr is what he is,” said one source who knows Gruden quite well.

Gruden and new GM Mike Mayock have already moved on from most of the front office figures, coaches and top players who predated Gruden’s arrival in 2018 — Khalil Mack and Amari Cooper among them — and the Mack trade has the Raiders poised to pick 13th and 17th if the draft was held today. There is a possibility they move into the top 10 pending the results of the final two weeks. The Raiders had a heavy Alabama bent to the first draft with Mayock in the fold, and Crimson Tide quarterback Tua Tagovailoa, pending the status of his hip, embodies many of the characteristics Gruden most espouses.

Regardless, the sources said the Raiders will do heavy due diligence on this quarterback class — likely to include at least four first-round picks, many GMs say — and moving Carr, even in a crowded veteran quarterback landscape, would not be difficult. His significant guaranteed money has already been paid out and he is signed through 2022 with very manageable cap hits and earning only about $19 million a season.

With the franchise moving to Las Vegas and collapsing in the second half of this season, assessing the quarterback position will be a top priority for the Raiders, and Gruden has tended to have a wandering eye when it comes to that position throughout his career.